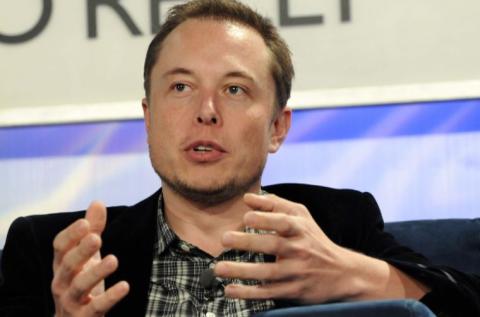 The Wall Street Journal is reporting today that Twitter’s senior management and Elon Musk are in the final stages of agreeing on terms for Musk’s proposed takeover of the social media platform. Musk had announced on April 21 that he had $46.5 billion lined up—half in cash, half financed by his bankers Morgan Stanley, Barclays, and Bank of America—for a purchase of the company. Musk was offering $54.20 per share for the takeover at a time when Twitter’s stock price was In the mid forties. This followed a spending spree that began in early 2022 and resulted in Musk owning more than 9 percent of the company. Musk was soon thereafter offered a seat on the Twitter board.

Yet the board seat, as offered, would also have limited Musk’s ability to acquire more shares, and Musk rejected it. So, now with a takeover offer in the table, Musk has stated he plans to take the publicly-traded company private.

The board’s openness to the takeover—a new development over the weekend—signals quite a change of heart for the board. Twitter’s management initially rejected Musk’s offer as a hostile takeover and began looking for ways to prevent the sale. The company even began exploring a so-called poison-pill option. This strategy, also called a shareholder rights plan, is a means of preventing hostile takeovers by stockholders like Musk.

So why did the company change its mind? One reason might be that the opposition to the takeover was ideologically motivated, rather than something seen as in the best interests of the stockholders. The ideological element apparently stems from the fact Musk has stated on numerous occasions that he believes Twitter’s management has become too enthusiastic when it comes to de-platforming users and condemning users who supposedly engage in “disinformation.” Musk has suggested that this tactic is really just a means of silencing people who have opinions Twitter’s managers don’t like.

So, Musk has suggested he would change these policies if he takes the company over. Musk has even said his primary interest in becoming the owner of Twitter is not a matter of monetary profit.

So, given all this, mainstream pundits—many of whom have publicly praised Twitter’s de-platforming policies—condemned Musk’s takeover plan and Musk himself. Twitter’s initial hostility to Musk’s bid may have reflected an apparent alliance between mainstream punditry and Silicon Valley’s multi-millionaires. Indeed, Twitter’s most active users—a group composed largely of mainstream journalists—may have even initially influenced Twitter’s managers on this.

Yet, Twitter’s managers are answerable to people other than Twitter pundits. Many of Twitter’s larger investors may have seen that Musk’s offer of $44 billion was actually a pretty good deal for shareholders and weren’t about to let Twitter’s woke managers ruin the deal. In other words, actual fiduciary considerations might have finally overtaken ideological ones on Twitter’s side.

After all, Twitter’s stock has not exactly been a top performer. Twitter’s stock has basically gone nowhere over the past decade, with the price starting off between $40 and $60 in late 2013, and still moving between $35 and $55 over the past six months. The stock doesn’t pay a dividend, and Twitter has never really figured out how to turn users into lucrative advertising dollars. So, investors may see little opportunity cost in letting go over their stock at Musk’s offered price. It’s not like the company was poised for runaway profits any time soon.

From Musk’s perspective, of course, so long as ownership of the company provides “profit” for him in a subjective sense, then the sale makes sense. Naturally, over the very long term, the company would have to make enough money to cover the cost of keeping the company operational. But, it’s impossible to know how much money Musk might be willing to lose—in dollar terms—to keep securing the “psychic benefits” of owning Twitter.

Given the behavior of CEOs in today’s age of the “Woke CEO,” however, this sort of thing shouldn’t surprise us. It’s become apparent in recent years that many CEOs are willing to risk alienating customers—and thus forfeit some revenues—in the name of pandering to certain political sensibilities. We saw this when Major League Baseball decided to punish Georgia voters for voting the “wrong” way. We saw it when Apple’s Tim Cook tried to boycott the state of Indiana for having the “wrong” views on gay marriage.

Musk’s has similarly politicized his Twitter acquisition by stating outright he wants more diversity among permissible opinions on Twitter. For this he has been denounced by establishment journalists as “right wing” or, ironically enough, an enemy of free speech.