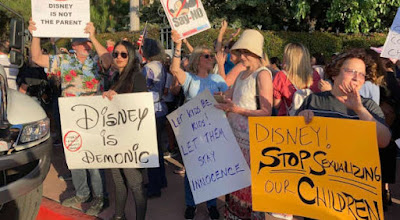 Florida’s newly passed anti-grooming law, officially named the “the Parental Rights in Education Act” which prevents educational institutions and their employees from  “teaching” children up to the 3rd grade sexual orientation or gender identity topics, has exposed a large segment of population, namely radical liberals, that are willing to actively, vocally, and blatantly support the practice of sexually grooming children.

Not only individuals were exposed  as being pro-grooming, but corporations as well, name Disney that has come out publicly as supporting efforts against the Parental Rights in Education Act.

Add that to the multiple times Disney employees have been caught up sex trafficking stings in Florida, along with Disney’s LGBT programming for children, and the “flood” of families cancelling Disney Memberships are a step in the right direction, but not near enough. 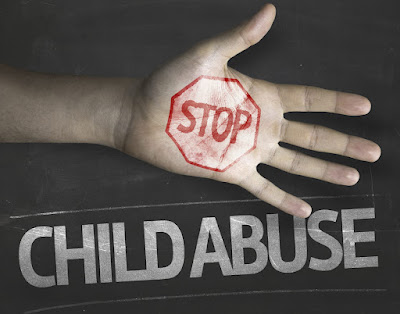 The 7-page bill, which leftists and media have dubbed the “Don’t say gay bill,”  states that “Classroom instruction by school personnel or third parties on sexual orientation or gender identity may not occur in kindergarten through grade 3 or in a manner that is not age appropriate or developmentally appropriate for students in accordance with state standards.”

That seems to be the key portion of the bill that has the MSM, Democrats and the LGBT community up in arms, yet no one seems to be able to answer one simple question: “What is so offensive about banning talk of sexual issues to third-graders and younger students, by people other than their parents?”

Reading the entire seven pages, we see the bill protects the right of parents to be informed of anything related to their children’s health and education, as well as the blocking of sexual instruction to young children by third-parties or school employees.

Christina Pushaw, Governor DeSantis’s press secretary, offered a statement that absolutely resonates with those that do not believe young children should be “groomed” in sexual matters, saying “The bill that liberals inaccurately call ‘Don’t Say Gay’ would be more accurately described as an ‘Anti-Grooming Bill.’ If you’re against the Anti-Grooming Bill, you are probably a groomer or at least you don’t denounce the grooming of 4-8-year-old children. Silence is complicity. This is how it works, Democrats, and I didn’t make the rules.”

For me, it is not about the silence, it is about the  all out push by the MSM, Democrats (same thing I know!), social media, and big tech’s to claim this bill is bad, when it does nothing more than protect very young children, Kindergarten through 3rd grade, and parental rights.

What is the point of teaching very young children about sexuality or gender politics unless it is all about grooming them to push the LGBT agenda?

Read the entire bill embedded below:

These days we have come to expect  liberals/Democrats/Media support for school indoctrination, but to see a company built on child entertainment not just support, but to actively push the LGBT agenda unto our nation’s youngest of children, seems more egregious than the rest.

Disney, which over the years has had it’s share of scandals involving pedophiles, and should be in support of protecting children, has “come out of the closet”  to now publicly  come out against a policy that protects children and parental rights, tells us that parents should no longer bring their children to Disney, nor have Disney channel, or purchase any Disney-related products.

The image below are all Disney programming, whether tv shows or movies: 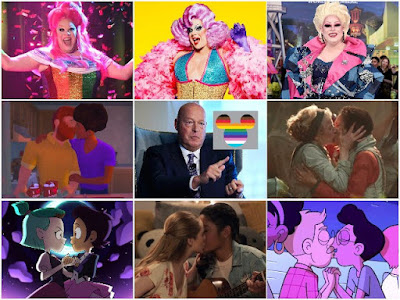 While the terminology of (insert scandal here)-gate is used a bit too often, in this instance, Breitbart’s “Groomer-gate” reference regarding Disney, seems to be spot on.

Anyone who has been paying attention to the Walt Disney Co. in recent years knows that the studio has made no secret about incorporating gay and transgender messaging into its content aimed at children.

From Pixar to Marvel to Star Wars, Disney properties have fully embraced the LGBTQAI2S+ movement and are only ramping up their efforts, especially with the Disney+ streaming service providing another pathway into the minds of young children.

Disney CEO Bob Chapek recently vowed to continue fighting Florida’s Parental Rights in Education law, as well as similar legislation in other states. The Florida law prohibits the teaching of sexuality and gender ideology to kids in kindergarten through third grade.

Disney also offered a statement regarding the Florida anti-grooming bill: 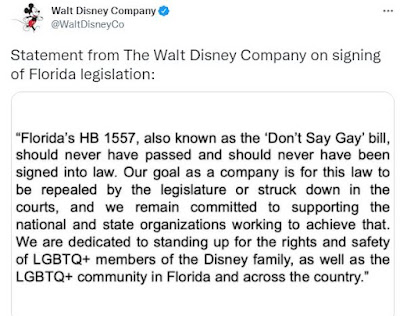 Whatever happened to “standing up for the rights” of children???!!???

For those that were previously unaware of how Disney is grooming children, using their theme park as well as their Disney+ programming to do so, now is the time to cancel anything Disney-related, whether Disney+ or a Disney vacation or buying Disney related products such as toys and games.

While pro-grooming activists, including Disney, scream the loudest, they are not the majority as  Politico/Morning Consult polls a, both left-leaning,  show, even despite the flurry of negative and hostile reporting by the MSM about the Florida bill.

A major poll shows that most Americans support recent legislation passed by Governor Ron DeSantis (R) that keeps teachers from peddling smut and discussing sexuality with 5-through 8-year-olds in Florida’s public schools.

DeSantis caused an uproar when he signed HB 1557 into law, with far-Left activists dubbing it a “don’t say gay” law.

But a Politico/Morning Consult poll shows that those activists were a loud minority.

Normal Americans see no reason to allow schools or school employees or third-party entities to speak to children about any sexually related issues.