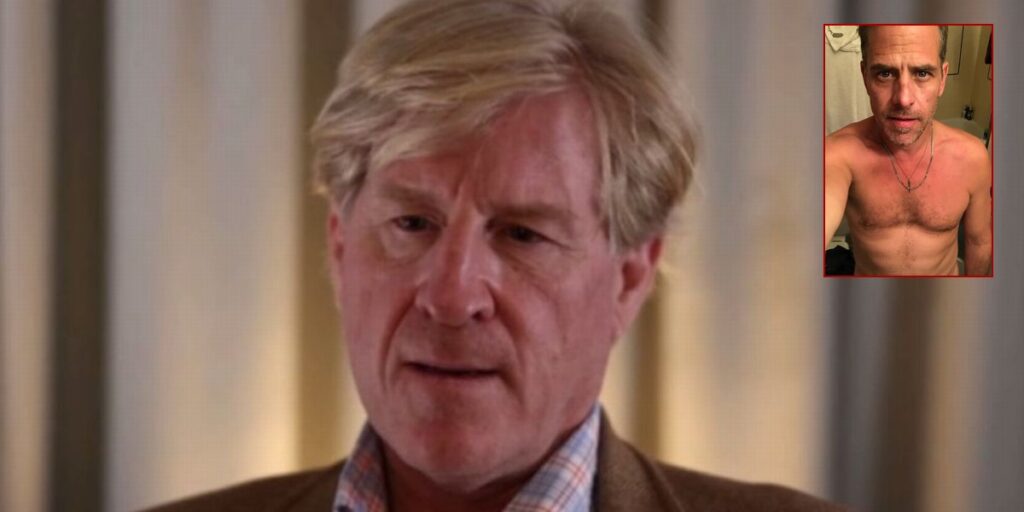 Hunter Biden’s laptop has been called ‘the laptop from hell.’ But the American people may not even know the worst of what is in it.

A whistleblower who has fled to Switzerland out of fear for his life intends to release files from “450 gigabytes of erased material” on Hunter Biden’s laptop in the upcoming weeks.

Jack Maxey, a colleague of Steve Bannon, sat down with the Daily Mail to give a disturbing account of what he discovered on Hunter Biden’s laptop. Watch:

“I’ve been here for almost 13 days,” Maxey said, referring to the time he had been in Switzerland at the time of the interview.

“I came here so that we could do a forensic examination safely in a country that still respects human Liberty and the ideas, the ideals of a liberal democratic principles,” he continued. “I do not believe this would’ve been possible inside the United States. We had numerous attempts on us from trying to do things like this. There we’ve actually been followed here several times.”

“I would say it was FBI,” he added. “The Chinese intel guys were obvious. It’s been quite a frightening experience, but we’ve accomplished our goal. We found 450 gigabytes of erased material on Hunter Biden’s laptop. This includes 80,000 images and videos. This includes hundreds of emails concerning Metabiota. It also includes some things, I guess we can get into along the way, but it’s absolutely frightening. Everybody has been lied to, people of the world, particularly the Americans.”

“I showed this to a friend of mine in desperation in February because nobody would listen to me,” he went on. “No news organizations would take it. In fact, the very first major news organization to take it was the Daily Mail. We’ll get to that. But in February, when I was having black Suburbans parked out in front of my house and strange things were happening and very dear friends of mine, sharp tip of the spear, were making welfare calls to me every day, basically to see if I was still alive, we have a little bit of gallows humor about it, but it was very real.”

“So I sent this to a friend of mine and I asked him to take a look at,” Maxey said. “He’s a cyber security expert, former, former sniper, very squared away guy, an amazing American Patriot. I hope one day he can be revealed. And I said, ‘Hey bro, can you check this out for me?’

“Can you just look at this block of emails?” Maxed asked his compatriot. “It’s the 8,000 emails that I later released, and everyone who thinks they have Hunter Biden’s laptop, it’s those. It was kind of a nothing-burger. But I wanted him to see it, to get his analysis of whether or not, like ‘can you imagine that anyone would say, this is not real?’ It’s Sunday afternoon. He opens it up.”

“He calls me immediately,” he went on. “He says, Maxey, that was the dumbest thing I’ve ever done. I just asked my wife to come in from the, a driveway where she’s washing our car. I’m sitting in my office, the back of my house, scanning the hillside with a pair of binoculars. If you don’t release enough of this so that they know you can release all of it. I’m telling you brother, you’re a dead man. And I don’t feel safe either.”