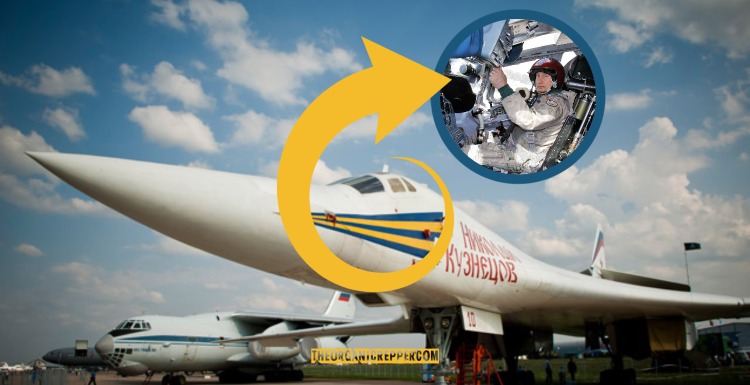 The Organic Prepper repeatedly voiced our opinions that the Russians were going to invade Ukraine back before the war ever started. There were too many warning signs indicative of such for there to be much doubt on the matter. We’ve recently been warning about the threat of this war escalating – particularly involving nuclear weaponry – and we’re seeing more warning signs of that today: a nuclear-capable bomber just flew by the Ukraine border.

Though there’s a bit of confusion on the craft, we do know that on April 18, a nuclear-capable Russian bomber flew over the Kaluga region of Russia, right beside the Moscow/Ukraine border.

Some reports stated that a Tu-160 and an Il-78 were what was spotted with four fighter craft escorting them. Others claim that the Il-78 was, in fact, a Tu-95.

This craft is rather unmistakable, and there doesn’t seem to be much room for error in pointing this one out. Also referred to as the Tupolev 160, this is a record-breaking aircraft currently holding 44 world records.

They have a four-man crew consisting of a pilot, co-pilot, navigator, and operator, and there are 35 of these crafts that have been built that we know about. They have a 7500-mile range and can carry up to 12 nukes at twice the speed of sound, making this a supersonic nuclear-capable bomber.

The Tu-160 was created with the intention of carrying conventional and nuclear-capable weaponry deep within the heart of continental theaters and is capable of carrying the Kh-15P – a missile with a 200km range and the ability to be outfitted with a nuclear warhead – as well as the Kh-55MS – another nuclear-capable missile (up to a 200 kt payload) that has a range of 3000km.

This plane can literally fly just about anywhere, has day-and-night capabilities (no surprise), utilizes a runway of 3050m, and made its first transatlantic flight in 2008 when two of these were flown to Venezuela.

The NATO codename for these aircraft is “Blackjack.”

April isn’t the first time we’ve seen a Tu-160 in the sky, however, so there is a chance this is just another routine flight. It was back in late February that these crafts were allegedly used to fire X-101 cruise missiles at the Ukrainian city of Vinnytsia, and they were reportedly used to launch standoff missiles at other targets throughout Ukraine. 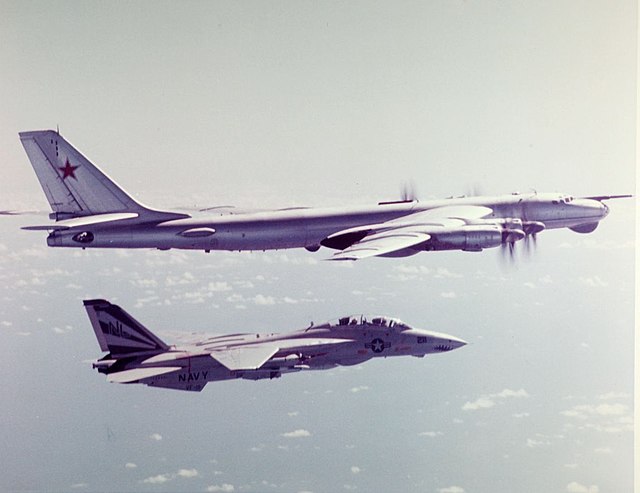 Personally, I believe that the sight of a Tu-160 in the air is a bigger deal than a Tu-95, but most of the media seems to have latched onto this craft as being the bigger deal. If, indeed, it wasn’t an Il-78 that was spotted but instead a Tu-95, what does that mean? (Also, I have questions as to why a Tu-160 would need a refueling craft that close to Russia.)

Well, let’s look at what we know about the Tu-95. This is a really old aircraft, being the only propeller-powered bomber still in use today.

The Tu-95 actually has a pretty cool propeller design, by the way. Two propellers are mounted stacked atop each other here, with one propeller spinning in the opposite direction as the other. This design not only allows the Tu-95 to be faster than it would be otherwise, but it also eliminates the torque that would be created by the propeller if only one were present (Is this what makes it faster? The lack of torque? Could a pilot let us know in the comments below?) 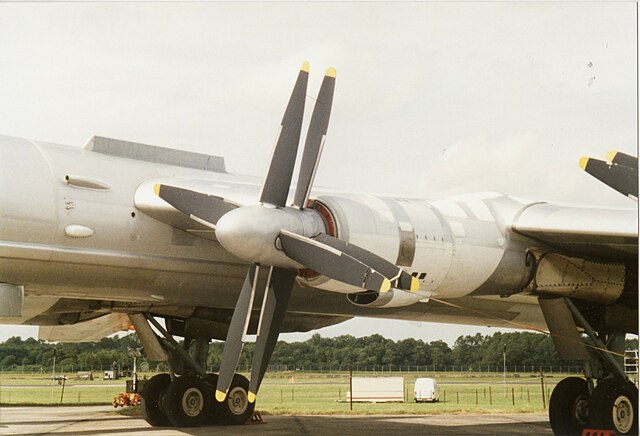 These aircraft utilize a crew of 6-8, depending on the mission, and also have the capability to carry nuclear payloads.

(Hey you! Check out our free QUICKSTART Guide to building a 3-layer food storage plan. You’ll need food if you have to shelter in place, and this guide will tell you what you need.)

Is this anything out of the ordinary?

These kinds of stories do happen all the time, which does bear mentioning. In 2017, the Tu-95 kept on being flown close to Alaska.

But if we look at more recent events, we can still see similar events. In early February, it was reported that Russian Tu-22M3 bombers conducted a 4-hour training mission with the Belarusian air force over Belarus. For context, this happened at precisely the same time that Russia was adamant about not invading Ukraine and that all of this was only going to be a “training mission.” 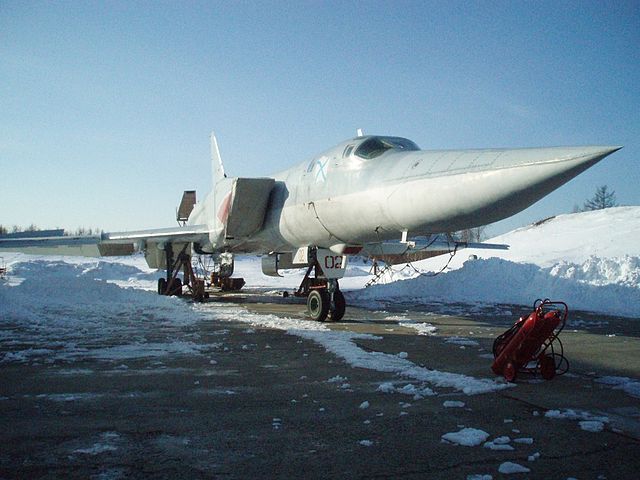 The Tu-22M3 is a nuclear-capable bomber as well. And, as mentioned above, we’ve seen the Tu-160 utilized earlier in this war with conventional munitions.

What can we glean from all this?

While the presence of a nuclear-capable bomber doesn’t necessitate that nuclear weaponry is going to be used, it is a warning sign that should be heeded, particularly with the host of other current events that we are seeing in the world around us at the moment.

Let’s not forget that some have pointed out that the Moskova may have carried nuclear weaponry when it was sunk. We’re seeing Russian state-sponsored TV (redundant, I know) state that we are currently in World War 3. We’re seeing talks of continued NATO expansion into Sweden and Finland.

Things are not looking very well over there at the moment, and as Forward Observer has pointed out, as Russia feels pressured, the chance of their using nuclear weaponry only increases.

What can you do about it?

Start writing your local politicians, telling them that you do not support NATO expansion (or even being in NATO).

Read Cresson Kearney (and our Nuclear War Survival Anthology, while you’re at it).

Keep plenty of food stocked away.