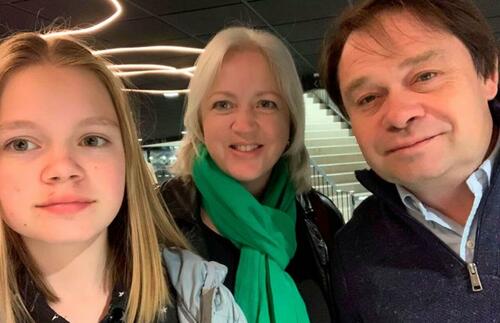 The bodies of two Russian oligarchs were found dead alongside their wives and children just one day apart, according to a handful of media reports.

The first was Vladislav Avayev, formerly vice president of Gazprombank. He was found killed by a gunshot wound in his Moscow apartment on Monday, Russia’s state-run Tass news agency reported. Police are looking into a theory that Avayev shot his wife and children, and then himself.

Although the names of the victims were not included in a public statement from the Russian government, Tass said an unnamed source later confirmed their identities.

Investigators said in their statement that they believe Avayev shot his wife and daughter, and then himself.

The second oligarch was found killed in Spain, some 2,000 miles away.

His name was Sergei Protosenya and he was found stabbed to death with his wife and daughter. Local media outlets claimed he had been found with a bloodied knife and axe by his side. Prior to his death, Protosenya had been the vice president and chief accountant of Novatek, a major gas company with close ties to Gazprombank.

At the time of their killings, Protosenya, his wife and their daughter were staying at a rented luxury villa in Lloret de Mar, a coastal Catalan town, for the Easter period.

Protosenya left no suicide note, and there were no bloodstains on his body. At the time of the killings, he had a personal fortune of more than $433 million, according to Telecinco, Russian authorities said.

The family’s villa, situated on Spain’s Costa Brava, is thought to be the family’s second home alongside their residence in France;