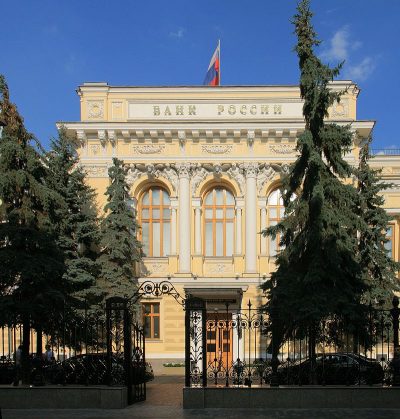 The following article documents the failure on the part of  Russia’s Central Bank to secure control over its gold and  foreign currency assets.

Only 21.7% of Russia’s Central Bank reserves are deposited in Russia. Our thanks to Statista for bring this article to our attention.

With the sanctions regime, a large share of the Russian Central Bank’s gold and forex deposits will be affected. See  the analysis by Dr. Paul Craig Roberts.

According to a now unavailable report by Russia’s Central Bank saved by internet archive Wayback Machine, China was the single-biggest foreign holder of Russian central bank reserves as of June 30, 2021. 13.8 percent of the total of Russia’s reserves, held in gold and foreign currency, was located in China, roughly the same share of assets held in Chinese currency Yuan Renminbi.

Russia to Ditch US Dollar?

The biggest share of reserves was that held in Russia itself – in the form of gold, making up 21.7 percent of reserves. With the sanctions against its central bank progressing, this means Russia would likely remain in charge of around one third of its currently $630 billion strong reserves through domestic gold and Chinese Yuan. The location of another 10 percent of reserves are not specified by the report, while 5 percent are held by international financial institutions.

EU countries, along with the UK, U.S. and Canada, on Saturday moved to freeze assets under their jurisdiction associated with Russia’s central bank. According to the latest report, around 25 percent of Russia’s reserve assets were held in France, Germany and Austria. The total reserves held in Euro stood at around 32 percent.

More than three quarters of Russia’s central bank reserves are foreign currency assets. Around half are foreign currency securities, like government bonds, which never leave their country of issuance. Around 25 percent are tied to foreign national banks, private foreign banks, the Bank of International Settlements and the IMF. On top of the approximately 20 percent held in gold, additional small amounts exist in IMF SDR reserve assets, reserves held for Russia by the IMF and reverse repo securities, which Russia has sold but is contracted to buy back. 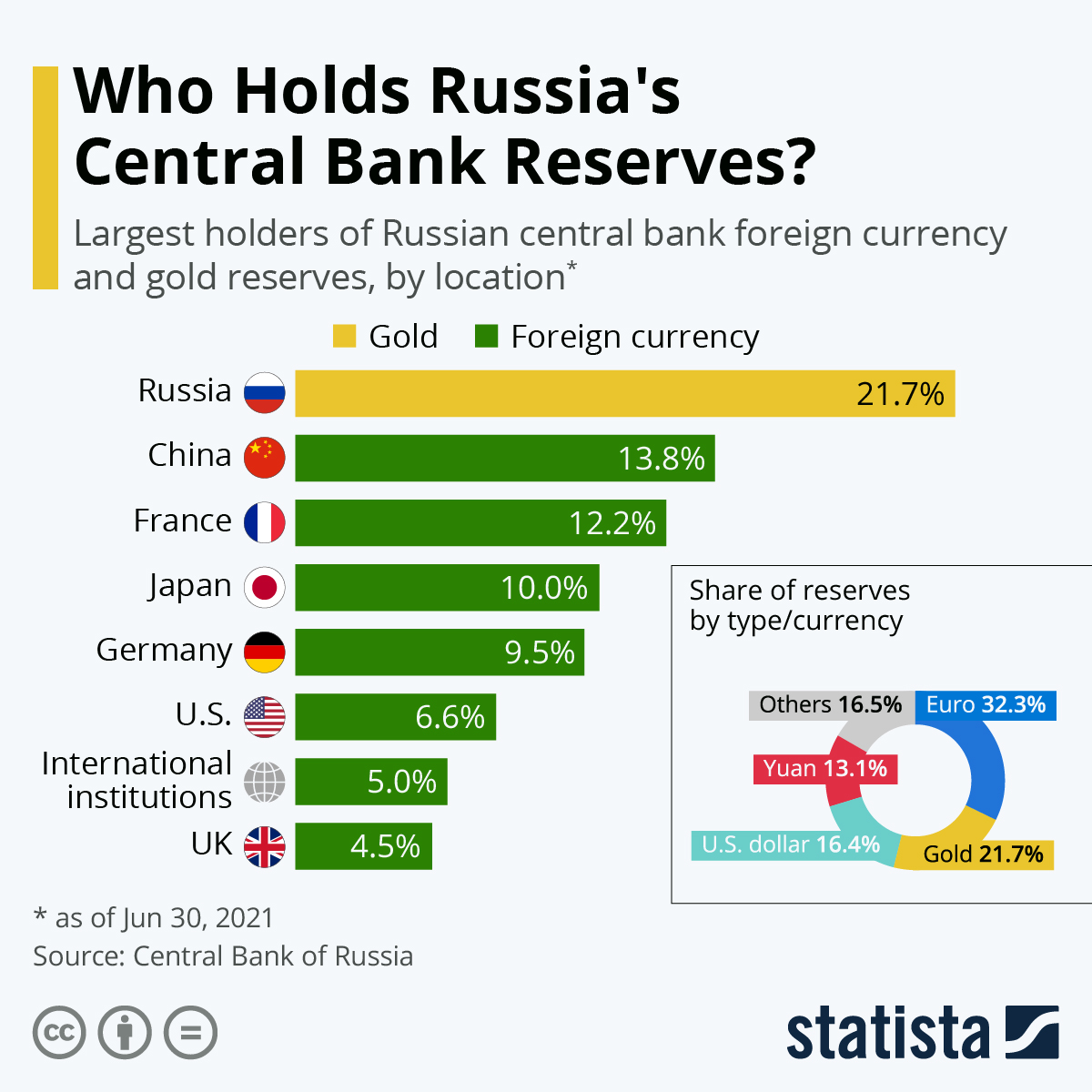