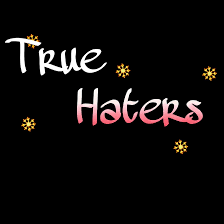 When Governor Gavin Newsom disappeared for a few weeks after receiving a COVID shot, the public worried: was he alive?  His wife did not like this curiosity.  You might think citizens have a right to know where their leaders are.  Nope.  She viewed the nosy public as haters.

Mrs. Newsom posted: “When someone cancels something, maybe they’re just in the office working; maybe in their free time they’re at home with their family, at their kids’ sports matches, or dining out with their wife. Please stop hating and get a life.”

Hating?  Who was hating?

Note how this situation works.  If you disagree with a liberal, in style or substance, you are therefore a hater.  She reminds me of Hillary.  Anybody who doesn’t agree with her is a deplorable — i.e., someone who deserves to be hated.

To see this phenomenon metastasized times a thousand, look at the Southern Poverty Law Center.  On its website, SPLC has a map of America with all “hate groups” boldly marked.  Apparently, every small town in America has its own hate group, for a grand total of more than 1,000!

In fact, according to a reporter in currentaffairs.org, any cynicism you feel is justified: “The biggest problem with the hate map … is that it’s an outright fraud.  I don’t use that term casually.  I mean, the whole thing is a willful deception designed to scare older liberals into writing checks to the SPLC.  The SPLC reported this year that the number of hate groups in the country is at a ‘record high,’ that it is the ‘fourth straight year’ of hate group growth.”

I’ve looked at the map and found the one nearest to me, a commercial printer that likes to publish traditional Catholic authors such as G.K. Chesterton and Hilaire Belloc.  Oh, that’s what you mean by “haters”?

Isn’t it interesting that we don’t hear conservatives discussing hate, but liberals can’t stop discussing hate?  Apparently, when you’re a secular humanist, there’s nothing that gives so much pleasure as disdaining other humans.

It might also be a case of radicals following Saul Alinsky’s every rule.  Here’s the big one: whatever crime you commit, accuse your enemies of doing that very thing.  In practice, this permits endless denunciation of Trump, which seems to let progressives feel better about themselves.

We need some shrinks to explore this weirdness.  Projection and transference are psychiatric concepts that explain how emotions can start in one spot and end up somewhere else.  Children who hate their parents might redirect that hatred from the parents to some more convenient target — oh, you know, like a guy named Trump.

As happens so often, George Orwell understands the psychodynamics of every political gesture.  The purpose behind the Two Minutes Hate, according to Wikipedia’s article about 1984, is to “allow the citizens of Oceania to vent their existential anguish and personal hatreds towards politically expedient enemies.  In re-directing the members’ subconscious feelings away from the Party’s government of Oceania, and towards non-existent external enemies, the Party minimizes thoughtcrime and the consequent, subversive behaviors of thoughtcriminals.”

In other words, the totalitarian matrix requires hate.  Perhaps that’s why Progressives are hating all the time.  This has practical implications.  The Southern Poverty Law Center can raise big bucks all year by telling the same lies.  Bogus witch hunts, such as the four-year inquiry into Trump’s imaginary collusion with Russia, can be sustained.  And throughout our society, inflated conspiracy theories can be recklessly promoted.