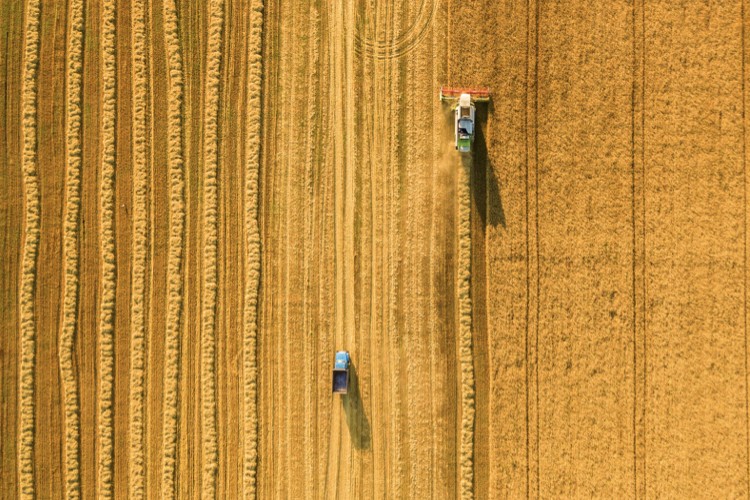 The war in Ukraine will most likely disrupt the global food supply chains, which will drastically undermine food security worldwide. Hunger will likely become a reality for some 474 million people living in Northern Africa and Middle East (MENA) countries in the near future, warn economists.

Some of the Ukrainian cities, such as Kiev, the capital, and Kharkov, the country’s second largest city, are already seeing severe food shortages due to the ongoing Russian attack, but it is only a tip of the iceberg.

“The bullets and bombs in Ukraine could take the global hunger crisis to levels beyond anything we’ve seen before,” said World Food Programme’s (WFP) Executive Director David Beasley on Friday. He added, “This is not just a crisis inside Ukraine. This is going to affect supply chains, and particularly the cost of food.”

The WFP, an agency of the United Nations, is warning, “The Russian Federation and Ukraine are responsible for 29% of the global wheat trade. Any serious disruption of production and exports from the region could push food prices beyond their current 10-year highs.”

The WFP said that before the war, it was purchasing around half of its wheat from Ukraine to feed hungry people in countries such as Yemen, Ethiopia, and Syria. The agency added that the conflict will drive the operation costs by $15 million per month, meaning “less people are going to get food, which means more people are going to go to bed hungry,” per the agency.

The price of wheat is soaring globally. “The Russia-Ukraine war is fueling the ‘biggest supply shock to global grain markets’ in living memory,” posted Market Watch on the 13th day of the Russian invasion of Ukraine. “Wheat futures have surged by more than 40% over the last five days, on track for the biggest weekly rise since at least 1959,” reported the outlet.

High prices are only a part of the problem. Some countries might soon be brought to starvation.

Asia Times reported back in January that numerous MENA countries, which are already encountering serious challenges with their food supplies, would be hit even harder by the Ukraine’s war fallout.

“Egypt and Turkey … are among the largest wheat importers in the world, which means that those two Middle Eastern nations could pay the heaviest price if a Russia-Ukraine conflict leads to a disruption of global food supplies,” noted the outlet.

Moreover, the military operations in the Black Sea will cause disruptions of food transportation and deliveries with food being blocked in Ukrainian ports. Lebanon, Egypt, Yemen, Israel, and Oman — Ukraine’s major wheat buyers — will become the immediate victims of that disruption.

The whole of North Africa gets about half its wheat from Russia and Ukraine. In particular, Egypt, a county of 103 million people, is getting 85 percent of its wheat and 73 percent of its sunflower oil from Russia and Ukraine. “The Russia-Ukraine war has turned Egypt’s food Crisis into an existential threat to the economy,” posted the Middle East Institute on Thursday.

Further, Arab Gulf states could also feel the effects, notes Asia Times, since in 2020, five of the top 11 importers of Ukrainian chicken were Middle Eastern nations.

“If Western allies were to respond to a Russian invasion with sanctions on Russian food exports or by banning Moscow from SWIFT — the international payment system used by banks around the world — it is not inconceivable that prices of basic commodities in the Middle East could skyrocket,” warned the outlet.

And just like that, the United States, the European Union, the United Kingdom, and Canada blocked Russia’s seven major banks  from access to SWIFT.

“Ukraine supplies a huge amount of the grain to most of these [MENA] countries and a lot of these places are already on a knife’s edge. The least little thing that disturbs bread prices even more could really kick off a lot of turmoil,” professor of Middle East politics at New York University Abu Dhabi Monica Marks told Al Jazeera.

Severe food shortages would lead not only to hunger, but also to civil disturbances and unrest, she added.

As the demand and the price of wheat and other grains rise, countries around the world are implementing protectionist measures aimed at increasing their control over local products, and in some cases banning grain exports at all. That contributes to a “soaring food inflation,” per Yahoo Finance report.

Then, there’s another issue. For the grains to grow, they need fertilizers. Russia produces 13 percent of the world’s supply of “potash, phosphate and nitrogen containing fertilizers — major crop and soil nutrients,” per Reuters. The fertilizers go to some of the Asian countries and Brazil. The latter, being one of the largest food producers itself, relies on imports for about 85 percent of its fertilizer needs, and got 9 out of 41 million tones it used in 2021 from Russia, per another Reuters report. The local analysts believe that losing this chunk of supplies will lead to “potassium supply crisis,” per the outlet.

On Friday, Russia’s trade and industry ministry has recommended the country’s fertilizer producers temporarily halt exports in response to the world’s international shipping giants suspending almost all cargo shipments to and from Russia to comply with the Western sanctions. Deliveries of essential supplies such as food, medical equipment, and humanitarian goods will continue.