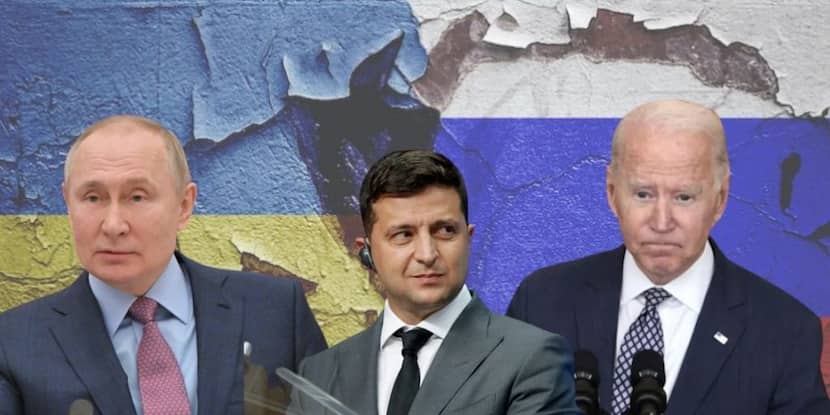 The drama of the common people in Ukraine is undeniable, but the world cannot be drawn in the direction of a nuclear war with Russia!

Ukraine’s president is only holding on the promise that NATO will have his back. This will only cause more death and devastation to his people and his country, and – God forbids! – can draw the whole world into a nuclear conflict.

Back in 2019, an in-dept analysis concluded that an estimated ONE BILLION people would be killed in a nuclear war, and that the most likely scenario to start World War 3 is NATO and Russia fighting over Ukraine:

“Senior U.S. government officials from both sides of the aisle gathered to wage a NATO-Russia war in a simulation at the end of 2019. In the course of what we called the NATO-Russia War of 2019, we estimated one billion people died.”

“In fact, in the simulation I mentioned above from 2019, in which Russia invades Ukraine in a similar way as it did over the last week or so, not only does NATO get sucked in unintentionally, but Russia eventually releases nuclear weapons in its desperation. The result is an eventual escalation of bigger and more dangerous nuclear weapons whereby over one billion lives are lost.” (Source)

This insanity needs to stop right away!

Why isn’t Joe Biden on the phone with Putin? The USA, as the head of NATO, should do everything in their power to de-escalate this insanity, but instead they are encouraging Poland to send fighter jets to Ukraine.

This latest segment from ‘Tucker Carlson Tonight’ is an absolute must-watch, regardless of where you stand politically – it’s real journalism and it’s very eloquently put together:

Ukraine is no match for a superpower, such as Russia. Unless you are watching mainstream propaganda, you know they are in deep trouble. US Army Colonel (Ret.) Douglas MacGregor tells the truth about the situation in Ukraine:

Ukraine’s President, Volodymyr Zelenskyy, must be informed that NATO cannot and will not get involved, so he can start real peace talks with Russia.

“President Biden, instead of continuing to escalate tensions and continuing this new Cold War between the United States and Russia, he needs to de-escalate these tensions… take the heat out of it, and actually focus on bringing an end to this new Cold War, because if he doesn’t, then it’s not a question of ‘if’ we go to war with Russia, ‘if’ this war ends up with a nuclear holocaust – it really is then just a question of ‘when,’ and if we continue down this path that we are on, it’s something that could happen a lot sooner than any of us think.”

This administration is sleep-walking the world into WW3. We must demand Washington to de-escalate NOW!