Junk bonds are still in la-la-land though, Apocalypse but not now.

When investors demand higher yields on bonds, motivated sellers must lower the price of those bonds in order to sell them. And yields are now spiking and prices of bonds with longer maturities are plunging. 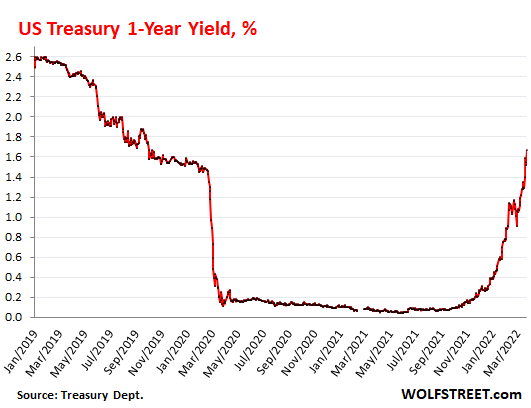 This is one heck of a fast-moving train. And the Fed hasn’t even done much other than one tiny rate hike and lots of talking about what it’s going to do, which is raise rates far faster and further than previously imagined, and kick off Quantitative Tightening “as soon as” May to finally crack down on inflation which is now spiraling out of control. And the credit markets got the memo.

The two-year Treasury yield spiked by 33 basis point during the week, including a massive 17 basis points on Friday, to 2.51%, the highest since April 2019. 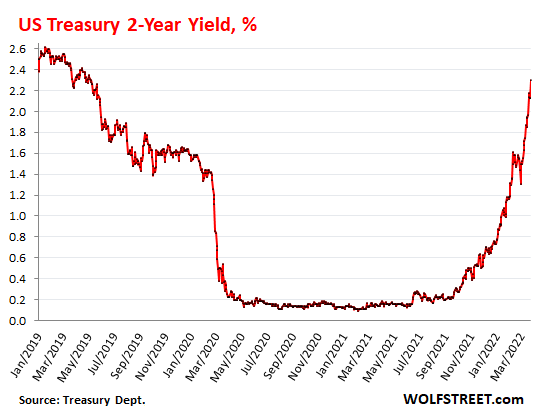 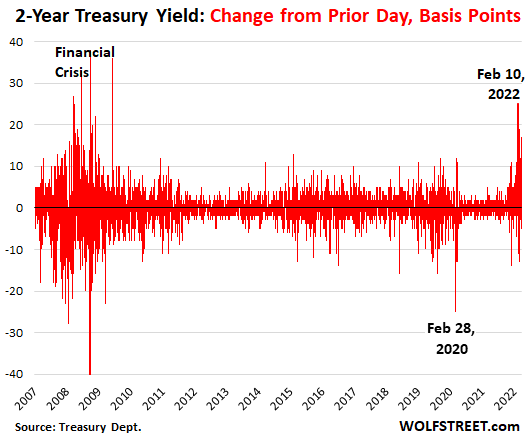 From October 1981, yields zigzagged lower, interrupted by big upticks in between, and since 2008 pushed down by the Fed’s interest rate repression and massive QE. Now the result is the highest inflation since 1981, with February CPI at 7.9% and worse inflation to come. 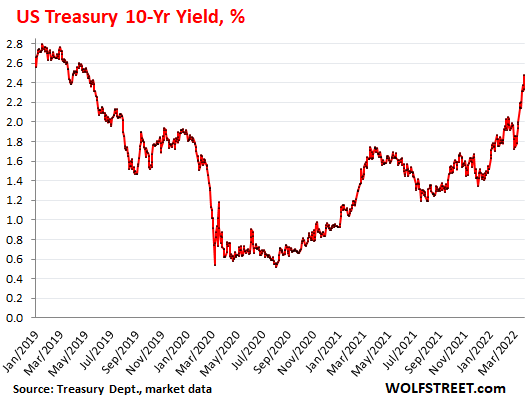 The bond massacre in dollars. Market prices of bonds with long remaining maturities get ravaged when interest rate rise.

For example, the price of the iShares 20 Plus Year Treasury Bond ETF, which holds Treasuries with maturities of 20 years and longer, fell 1.4% on Friday to $128.66. This was down 25% from the peak at the end of July 2020. The 40 years of bond bull market have lulled people to sleep about the risks of bond funds.