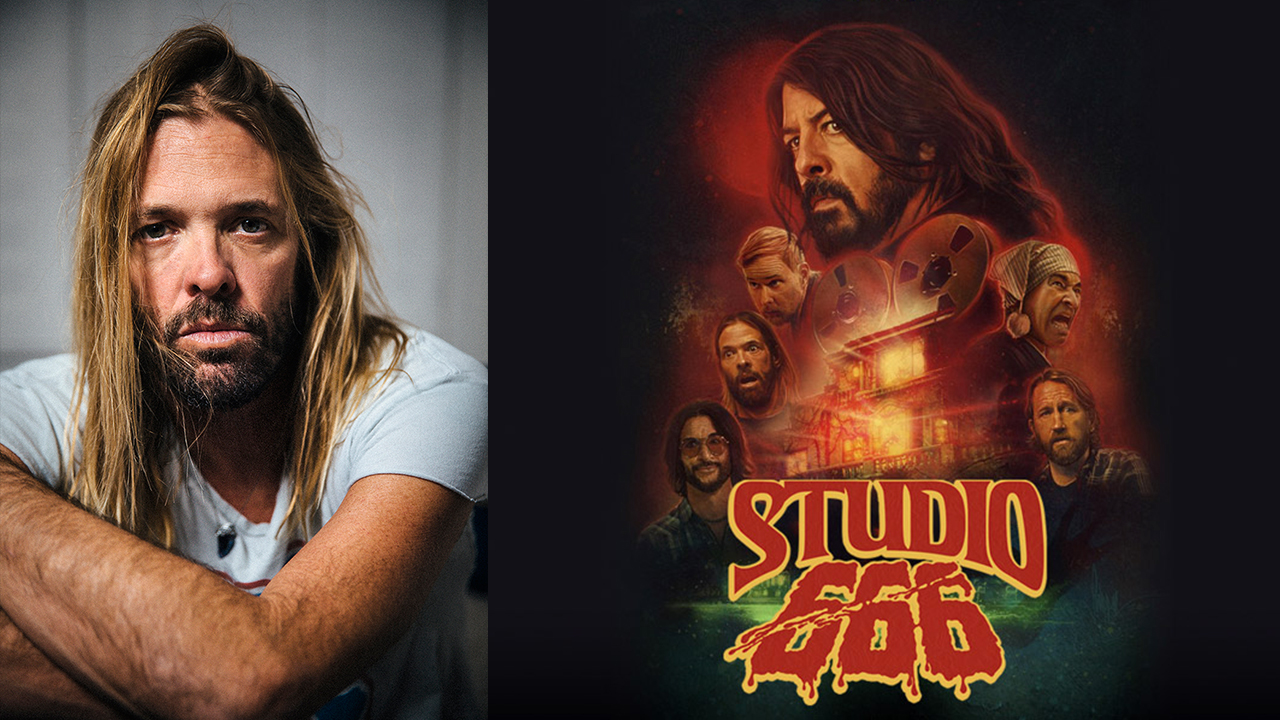 The Foo Fighters’ movie “Studio 666” is about blood sacrifices to the devil who rules the music industry. One month after the movie’s release, Taylor Hawkins dies in strange circumstances. Here’s a look at this bizarre situation.

On March 25th, the music world was shocked by the unexpected death of Taylor Hawkins, the drummer of the Foo Fighters. The 50-year-old musician was found unresponsive in his hotel room in Bogota, Colombia, where his band was scheduled to perform in the evening.

The circumstances surrounding Hawkins’ death remain vague. However, forensic investigators quickly concluded that the rocker suffered a “cardiovascular collapse after ingesting a cocktail of drugs composed of heroin mixed with antidepressants and benzodiazepines (aka benzos)”. Medics also detected dilated cardiomyopathy, a medical condition in which the heart muscle becomes weakened and enlarged. Reports indicate that his heart weighed double that of most men his age.

In the hours prior to his death, Hawkins complained of chest pains and reportedly asked for help. A statement from the District Health Secretary of the town of Chapinero explains what happened next:

“The city’s Emergency Regulation Centre received an alert about a patient with chest pain in a hotel located in the north of the city.

An ambulance was sent to attend to this case. However, when the health department teams arrived, they found a mobile response unit from the company EMI at the scene.

The health professional that was dealing with the emergency indicated attempts to revive the patient had been carried out but there had been no response and the patient was pronounced dead.”

In other words, a city ambulance was sent to Hawkins’ hotel. However, a unit from the private health company EMI arrived first at the scene and pronounced him dead.

When news of Hawkins’ death was known to the public, the hashtag #PrayForDave quickly trended on social media. On April 5th, 1994, Grohl experienced the death of another bandmate: Kurt Cobain. 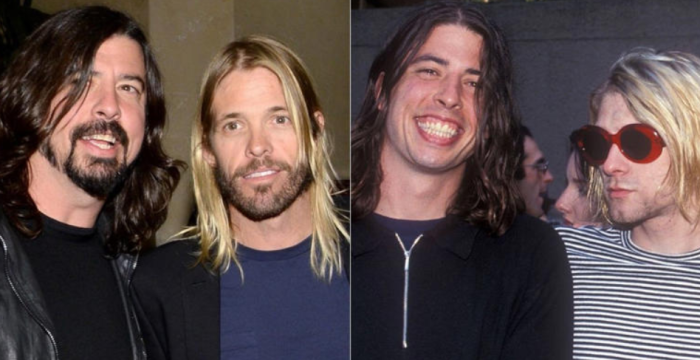 In 1994, Kurt Cobain was one of the biggest stars in the world and his unexpected death shocked an entire generation. As years went by, theories emerged that Cobain’s death was actually a murder disguised as a suicide. The theory was most famously explained in the 1998 bestseller Who Killed Kurt Cobain?

Now, in the midst of a massive media campaign celebrating the band’s 10th album and the release of a new movie, Hawkins dies unexpectedly. Some suspicious minds believe that Hawkins’ death might be a murder disguised as an overdose. Was the private health company that arrived first on the scene paid off to quickly pronounce Hawkins dead? Were the city’s first responders blocked from doing their jobs of reviving Hawkins? One can only speculate.

But why would Taylor Hawkins be killed? Some might respond that it was one of the many blood sacrifices carried out by the occult elite. Of course, this might sound completely crazy to some. However, when one looks at the context leading up to this sad event, things take a disturbing turn.

For instance, exactly one month prior to Hawkins’ death, the Foo Fighters released a horror-comedy movie called Studio 666. The subject of the movie? Members of the Foo Fighters get killed as blood sacrifices for the demonic music industry.

Watching this movie now is a surreal experience. Not only does it blatantly expose the occult mindset of the music industry, it also depicts the gruesome murder of Taylor Hawkins by a demon-possessed Dave Grohl. Here’s a look at the movie. 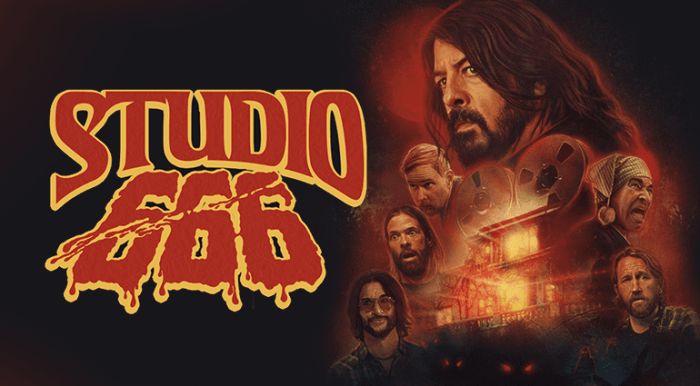 The premise of the movie is quite simple: Dave Grohl wants to do something different for the Foo Fighters’ tenth album. So the band’s manager Jeremy Shill (interesting last name) sends them to a mansion in Encino, California to record their album. However, the band members are unaware of the mansion’s grisly history: In the 1990s, members of a band named Dream Widow were murdered there.

When the band moves inside the mansion, Dave Grohl discovers a basement filled with satanic objects and becomes possessed by a demon. Soon after, Grohl’s writer’s block is replaced with intense musical inspiration.

Dave Grohl explains the concept of his new epic song to his band members. To illustrate his point, he uses yarn and nails to create a symbol. In his words, this symbol is the “only thing that’ll get the song out of his head”.

If you know a bit about occult symbolism, you instantly recognized this symbol: A unicursal hexagram. Although that symbol is quite ancient, it was popularized by the most famous occultist of the 20th century, Aleister Crowley (read my article about him here). 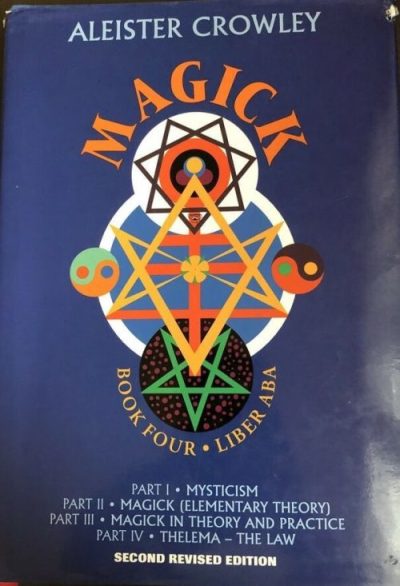 The cover of Crowley’s book Magick features a unicursal hexagram.

Crowley was a prominent member of two secret societies which have been extremely influential to the occult elite: The Golden Dawn and the Ordo Templi Orientis (O.T.O.). The influence of these organizations on the entertainment industry cannot be understated. As explained in previous articles on this site, these organizations are the forces behind the occult mega-rituals that randomly punctuate world events. In my article about the Son of Sam, I cite several sources explaining that these murders were actually blood sacrifices carried out by cult members following Crowleyan teachings, under the influence of the Golden Dawn and the O.T.O.

In short, the presence of this symbol in Studio 666 is not random. It is extremely deliberate and points to real occult concepts to which countless members of the elite feverishly adhere. 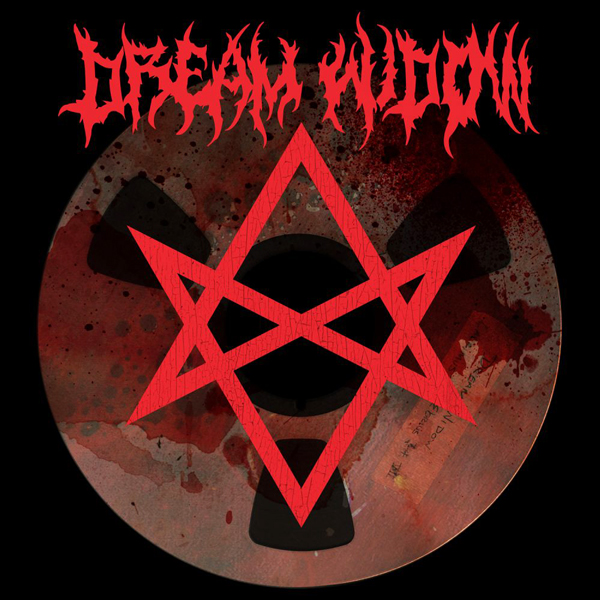 As a companion piece to Studio 666, Dave Grohl released a death metal album as the fiction band Dream Widow. The album cover features a prominent unicursal hexagram. The album was released on … March 25th. The day Hawkins died.

As Dave Grohl becomes increasingly demonic, he starts killing his bandmembers in the most gruesome ways possible.

After murdering his bandmember Chris Shiflett, Grohl eats him. The occult elite is truly obsessed with cannibalism.

While the rest of the band still doesn’t understand what’s going on, a neighbor of the mansion sends them a secret message.

“The sacrifice feeds the book”.

We soon understand that these murders are literal blood sacrifices. The remaining band members then discover “the book”.