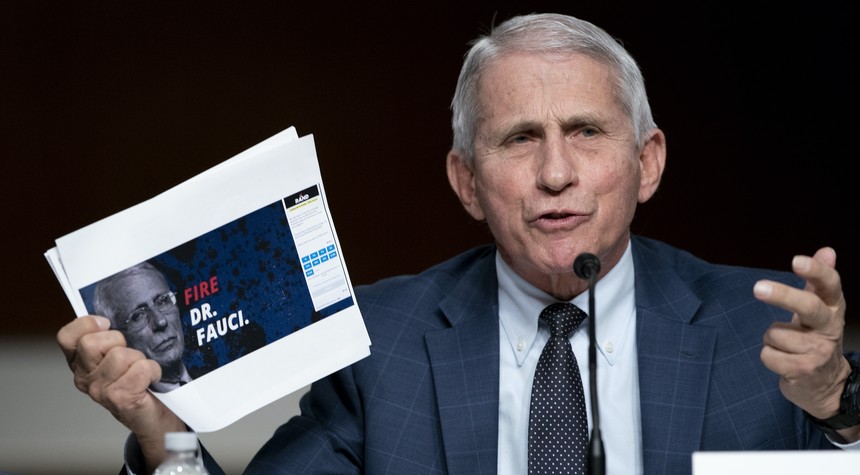 As the nation all-too slowly emerges from the COVID-19 pandemic nightmare we’ve endured for over two years, we are only beginning to get data back on the myriad horrors brought about by shortsighted policies that were forced upon us in the name of public health.

None of it is pretty.

One would presume that public health policy would protect or foster some sort of, you know, health. Alas, since the government is involved, words don’t always mean what they’re supposed to.

In the rush to mitigate the spread of the COVID virus, public health policy could have best been described as a lot of throwing the baby out with the bathwater. This was understandable and forgivable in the early stages of the pandemic when officials didn’t have any idea about what they were dealing with. As the pandemic wore on, however, it became more about exercising power than saving lives.

Take school shutdowns, for example. Teachers’ unions fought tooth and nail to keep schools closed, acting as if they were on the front lines in the battle of Fallujah and in mortal peril. The consequences for the kids were never taken into account. We’re just beginning to find out about some of the damage that was done. There is no way that the post mortem news on this subject is going to get any better.

Related: COVID-19 Has Exposed Teachers’ Unions as the Shakedown Artists They Really Are

We do have the first numbers in about specific non-COVID health-related issues, like alcohol-related deaths.

Numerous reports have suggested that Americans drank more to cope with the stress of the pandemic. Binge drinking increased, as did emergency room visits for alcohol withdrawal. But the new report found that the number of alcohol-related deaths, including from liver disease and accidents, soared, rising to 99,017 in 2020, up from 78,927 the previous year — an increase of 25 percent in the number of deaths in one year.

That compares with an average annual increase of 3.6 percent in alcohol-related deaths between 1999 and 2019. Deaths started inching up in recent years, but increased only 5 percent between 2018 and 2019.

Gosh, who would have thought that locking people up, denying them contact with sick and dying loved ones, and bombarding them with constant predictions of imminent death would lead more people to drink? A nurse friend of mine alerted me to this problem several months ago, telling me that there were a lot of alcohol-related liver problems showing up at her large hospital as pandemic restrictions eased.

Two already dangerous health problems—disease and stroke—also saw increases during the first year of the pandemic.

Mortality rates from heart disease and stroke rose 4.3% and 6.4% respectively in 2020, part of a larger wave of excess deaths in the first year of the pandemic, according to a study published Wednesday in the journal JAMA Network Open. Overall, the U.S. mortality rate jumped 15.9% that year, according to the analysis, which was based on data from the Centers for Disease Control and Prevention.

Heart disease has long been the nation’s leading killer, and stroke is the fifth leading cause of death.

Recapping: Two already dangerous killers were practically given free rein, all in the name of making sure people didn’t die.

As the immortal Ronald Reagan famously said: “The nine most terrifying words in the English language are, ‘I’m from the government, and I’m here to help.’”

Anecdotally, I saw what quarantine did to my own mother. In February of 2020, she flew to Phoenix, visited my aunt, then rented a car and drove down to Tucson to see me for a few days. While here, she drove around to see friends, hit a couple of happy hours, and had a roaring good time as a thoroughly independent 81-year-old woman.

Put mildly, the quarantine isolation was not good to her, physically or emotionally.

After sitting at home during the first year of the COVID pandemic, her physical condition deteriorated to the point where she could barely get around her house on her own. Nothing specific happened other than loneliness and lack of activity. More than two years later, we’re trying to reverse that but we are not having much luck.

Think also about the long-term emotional damage done to people who couldn’t be with dying loved ones. I know two who went through it and it was beyond brutal.

Again, we’re only a few steps into this house of horrors:

It will take years for researchers to understand the full toll of Covid-19, from damage caused by the disease itself to the effects of the pandemic’s physical and social disruptions on other diseases. Many people were unable or unwilling to visit doctors or hospitals for health concerns other than Covid-19 early in the pandemic. They died at home, or got to hospitals too late. Many people have been under unusual amounts of stress, not as active or haven’t kept up with social and medical routines.

These are only numbers from 2020. The lockdowns and school closures extended well into 2021 in many places — especially those run by power-mad leftist government fetishists.

It would be nice to believe that the government really was acting in our best interest all along, but we’ve already discovered myriad examples of dishonesty on the parts of the Centers for Disease Control and Prevention and the National Institutes of Health.