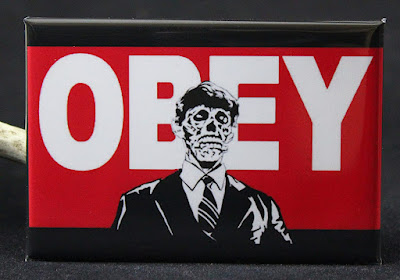 There is a saying that “Absolute power corrupts absolutely,” and what we have been watching is wannabe dictators getting a “taste of tyranny,” and deciding they want to keep it.

Throughout history we have seen the truth of that statement and the older “America” becomes, the more absolute the corruption. We note how insidiously tyranny and dictatorial tendencies have infiltrated almost every aspect of government, media, social media and big tech.

At first it was subtle, where only those looking for it saw it, then more people awakened to what was happening, but too many still excused and justified the growing authoritarianism as “for the common good,” as they blinded themselves to the nature of tyranny, as well as each and every freedom that was being taken.

Make no mistake, once a freedom is stripped, it is almost impossible to get it back without bloodshed.

An example of that was 9/11 and how in the name of “safety,” Americans allowed politicians with a lust for power to strip rights from Americans with the Patriot Act, rights we have never gotten back. 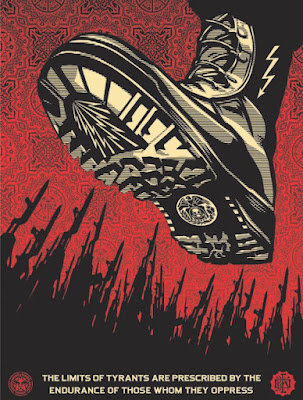 THERE WILL ALWAYS BE ANOTHER ‘EMERGENCY’

Some state leaders, the media, social media and big tech, along with the Biden regime and their “mandates” that continue to get kicked by the courts, have tasted the power of tyranny, and they do not want to give it up.

We have heard a bit about Hunter Biden’s laptop from hell, so we are not delving into that, Stefan Stanford did an excellent job of that in a previous piece, but the recent exposure of the collusion to hide the news from Americans, immediately following the pandemic lockdowns where politicians and the Biden regime put their boots on the necks of Americans, offers us a look at the bigger picture……and it is ugly.

While we could go back in history much further, in the past couple of years, under the guise “misinformation,” a pandemic, and now war far, far away from us, we see the scale of different tyrannical groups coordinating their attacks against Americans in order to force them to “obey.”

In each case, Americans have been forced to sacrifice their freedoms, money, speech, all in the name of “it’s an emergency!.”

There will always be another emergency around the corner for the dictatorially inclined to try to exert their control over “we the people.”

The atrocious attempt at subtlety ended when Covid was first acknowledged, where state leaders decided they had the right to shut down entire states, deem what businesses were “essential”  and “non-essential,” costing millions of workers their jobs and income, destroying the supply chain, especially the food supply.

Once Biden started occupying the White House, the Democrat gave cover to liberal state leaders and large corporations to “mandate,” behaviors. Wear a mask or be fired. Mask up or you cannot enter businesses, dine out, go to the gym, bars, entertainment venues.

Go visit your neighbors and be fined or penalized, as happened in many states run by liberals, one example being Michigan under the rule of wannabe dictator, Gretchen Whitmer. Others threatened their constituents with punishment if they had more than (insert number here) people to their own home for dinner.

Here is just one paragraph of Whitmer’s original lockdown orders, from March 2020:

Effective at 12:01 am on March 24, 2020, for at least the next three weeks, individuals may only leave their home or place of residence under very limited circumstances, and they must adhere to social distancing measures recommended by the Centers for Disease Control and Prevention when they do so, including remaining at least six feet from people from outside the individual’s household to the extent feasible under the circumstances.

Things devolved from there, and that is just one example of one state/city run by liberals.

Then the “vaccine mandates” began, to which federal courts have been highly critical of and have ruled them unconstitutional and abuse of power, but not before millions of Americans were forced to allow an experimental drug into their bodies or become jobless.

The damage to the economy, food shortages, jobless claims, etc… has been devastating to tens of millions of Americans.

The tyrants really got a taste of unchecked power during the Covid phase. 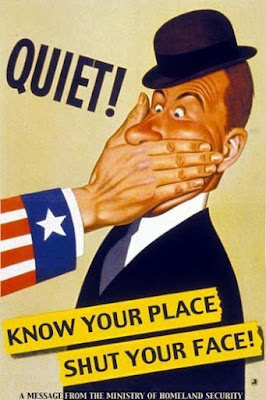 INFLATION? SHUT UP AND DEAL WITH IT

Now it is war. Far away, between Russia and Ukraine, where the Biden regime, Democrats, with the help of the MSM, social media and big tech, is using it to pretend the the inflation, and food shortages, and gas price hikes, is all because of RUSSIA.

Of course one would have to completely ignore and/or forget that all these issues grew before the war even began.

Disturbingly half of America believes them, or at least pretends they do. I guess the answer to that is dependent on whether one thinks they are corrupt, or just stupid.

Not only are they trying to deflect blame, but once again they are using the “emergency,” or what they want us to believe is an emergency for the U.S. , to demand Americans ration purchases, stop driving so much, use less electricity, or to just to make it simple….OBEY! Just shut up and deal with it.

Drive less! Set your thermostats lower in the Winter! Keep thermostat higher in the Summer!

One of my favorites “Help Ukraine. Stop complaining about higher gas prices.”

The examples are never-ending….but they all point to one thing. Control.  We will tell you what to do and you just obey without whining.

Food shortages? Well in DC they are suggesting rationing! 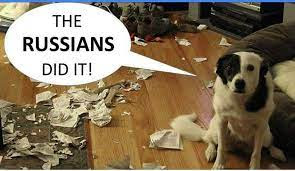 The media, big tech and social media have also gotten a true taste of tyranny as well. As of the moment the New York Times stopped lying about the scandalous, and incriminating information on the Hunter Biden laptop and admitted to it being a real story, instead of what the media falsely claimed was “Russian disinformation,” we saw the extent of  power-grab from big tech and social media after being emboldened by getting away with banning the sitting President when Trump was in the White House.