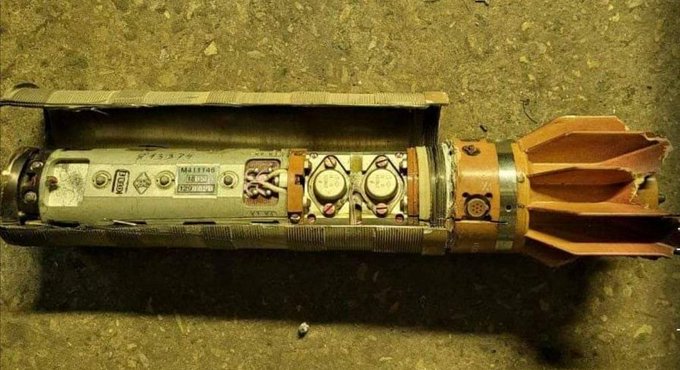 In “The Art of War,” Sun Tzu stated, “All warfare is based in deception.”

The timeless truth of that observation from a Chinese strategist of the 6th Century B.C. is on full display in the ongoing invasion of Ukraine by Russia, with the discovery of a dangerous example of deception in contemporary warfare.

Identifying the 16-inch long, dart-shaped objects recovered in Ukraine as part of a decoy system solved a mystery that began shortly after the invasion started in late February. At first, the strange recovered munitions were puzzling, as demonstrated in a Twitter post by CAT-UXO, a site identified by the Times as intended for “military and civilian bomb disposal experts.”

This is an unidentified munition currently being found in Ukraine. At the moment an official identification has not been made. Any additional images, technical information or identification is very much appreciated: https://t.co/dtWwdIJaV3 pic.twitter.com/p2lWFeljYd

As reported by the U.K. Daily Mail, missile decoys are known in military jargon as “penetration aids,” or PENAIDs, and were developed during the Cold War.

According to The Drive, an automotive website with extensive coverage of military matters, PENAIDS were originally deployed on long-range missiles carrying nuclear warheads. They were created in response to the development of anti-missile defense systems.

The idea is to overwhelm enemy air defenses with multiple potential threats, so the real devices have better odds of striking their targets.

The Russian innovation has been to add the decoys to their short-range Iskander-M missiles, according to the Times, which noted, “The incorporation of the devices into weapons like the Iskander-M that have conventional warheads has not been previously documented in military arsenals.”

These so-called short-range weapons still have a range of 310 miles, according to The Drive.

The rockets are fired from mobile launchers, which increases their reach and unpredictability. Both The Drive and the Daily Mail reported that some Iskander-Ms were launched into Ukraine from the Russian-friendly country of Belarus.