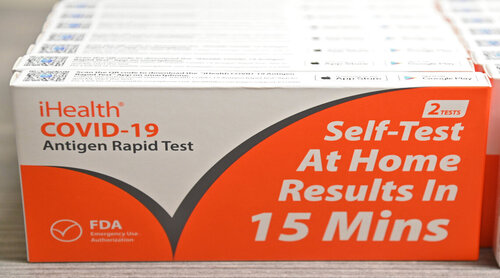 Like many others, I worked hard to get a big supply of rapid COVID home test kits, mostly free from my county and the federal government. But so far, I never used any because neither my wife nor I had any symptoms. But millions of Americans surely fell into the trap of thinking it wise to use the tests regularly to feel safe with a negative result. This is what we should understand: Testing millions of healthy people on a large-scale basis won’t help anyone. These home tests have not effectively stopped COVID transmission and deaths.

Many millions of these rapid antigen tests at a cost of billions of dollars are now in most homes. The federal government and many local organizations have been making them available without charge. But newly published research from the UK sheds a very dark shadow on their usefulness. The initial hope was that making rapid home tests widely available would help curb COVID transmission and probably some officials thought they would motivate more people to get COVID vaccine shots if people tested positive.

The other perhaps bigger hope was that if people tested negative, they could feel safe that they did not have COVID infection and could lead normal lives. They would not be transmitting the virus. This was especially the hope if people did not have symptoms. They would be home-free. And with lots of free home test kits widely available people could test frequently to keep feeling safe for themselves and others. 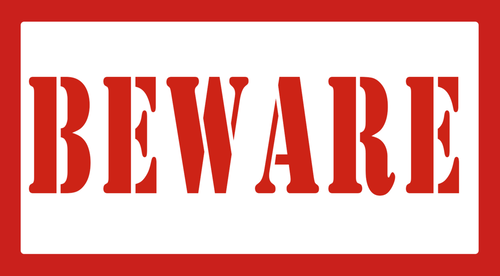 Now, with the UK research, that bubble has burst.

Here are the key findings of the research.

Somewhere between 20% and 80% of the tests would be false negatives. That means that in those cases people really were infected with the COVID virus. Many of these people might even have some symptoms. But if they get a negative test result then they believe they are not infected. Then the key question is whether they will transmit the virus and infect others and, possibly, become seriously ill.

On the other hand, if the home test is positive then the probability is very high that the result is correct. Positive test results are true positives, but negative results are likely incorrect. That is a very disappointing truth.

If people get a positive result, they can get a PCR test to confirm and then seek medical attention.

But if people get a negative home test result, then they are unlikely to get a more accurate PCR test.

The core science issue is that the home tests may not respond accurately to relatively low viral loads while the PCR test is much more sensitive and able to detect low viral loads.

The truth is that even low viral loads can still produce transmission and may lead to severe symptoms. In other words, the hope that the simple and fast home tests could confidently rule out COVID disease has been dashed by the new research. This is especially important for relatively high numbers of asymptomatic infected people. 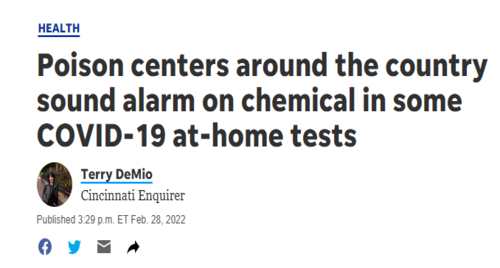 Here is the truth that the public needs to hear from the public health system. If the home test is positive, it definitely is an accurate test. But if it’s negative, and you’re still concerned, then you need to follow up with a PCR test. Here is the ugly scenario now that millions of these home tests have been distributed: — If people routinely test two or three or four times a week and get negative results and they’re asymptomatic, then the whole scheme is a waste of time. Viral transmission may still be occurring. And those billions of dollars spent on home test kits have been an enormous waste of money as well.

The new study noted: “Allowing for the uncertainties in the results from our analyses, the proportion of people with current infection missed by the [home tests] is likely to be of public health importance, particularly in settings with greater proportions of infectious people with lower viral loads; where the tests are often being applied…. negative test results from [home tests] cannot be relied on to exclude current infection. Policymakers need to ensure that the public is aware of the risk of being infectious despite testing negative and that tests are not used in situations where the consequences of false-negative results are considerable.”

Here is the dilemma for people. If you do get a positive home test result, what do you do? Do you try and get a fast PCR test somewhere and perhaps get the new Pfizer pills fast enough, within a few days of initial symptoms? Or do you use one of the successful protocols long used by a number of physicians that include ivermectin?

And after spending billions of dollars on these home test kits; do you think our government will now tell the truth about them?

The research article was deemed so important that the same prestigious medical journal also published a companion article commenting critically on the unnerving results from a policy and political perspective. Here are some of the key comments.

“The popularity of testing for asymptomatic people among the public has seldom borne much relationship to actual utility of the test.”

“When rapid antigen tests were introduced, we were promised they would ‘identify those who are likely to spread the disease, and when used systematically in mass testing could reduce transmissions by 90%.’ Yet despite the UK spending more than £7bn [over $9 billion] on [home tests] since mid-2020, the lack of hard evidence on this promised impact is striking.”

“International comparisons are complex and influenced by many factors, but Japan, which has actively limited widespread self-testing, has a covid-19 death rate an order of magnitude less than that of the UK, Germany, where testing of asymptomatic people has been a feature, and the USA.”

“When the high cost to low benefit ratio is pointed out, we are told that more screening is needed, or that the tests are ‘transformational’ and ‘a part of daily life.’ Everyday use of tests may indeed be transformational for those with a stake in the testing industry, but the financial burden is borne by taxpayers.”

“Messages to the public about the reliability of these tests, and about whether, when, and how to self-test are mixed and ever-changing.”

“Surely it is time to start afresh. Publication of this new paper should prompt the [government] to reassess its authorizations of rapid antigen tests in asymptomatic people. The public deserves to have better evaluations, ensuring good test performance in real-life settings, and a policy that specifies effective and efficient test use for carefully targeted purposes.”

Now that you know the truth, your use of home test kits can become smarter and more useful.

This story was originally published here. Dr. Joel S. Hirschhorn, author of Pandemic Blunder and many articles and podcasts on the pandemic, worked on health issues for decades, and his Pandemic Blunder Newsletter is on Substack. As a full professor at the University of Wisconsin, Madison, he directed a medical research program between the colleges of engineering and medicine. As a senior official at the Congressional Office of Technology Assessment and the National Governors Association, he directed major studies on health-related subjects; he testified at over 50 US Senate and House hearings and authored hundreds of articles and op-ed articles in major newspapers. He has served as an executive volunteer at a major hospital for more than 10 years. He is a member of the Association of American Physicians and Surgeons, and America’s Frontline Doctors.

ANP EMERGENCY FUNDRAISER: With non-stop censorship and ‘big tech’ attacks upon independent media, donations from readers are absolutely critical in keeping All News Pipeline online. So if you like stories like this, please consider donating to ANP.
Read More @ AllNewsPipeline.com