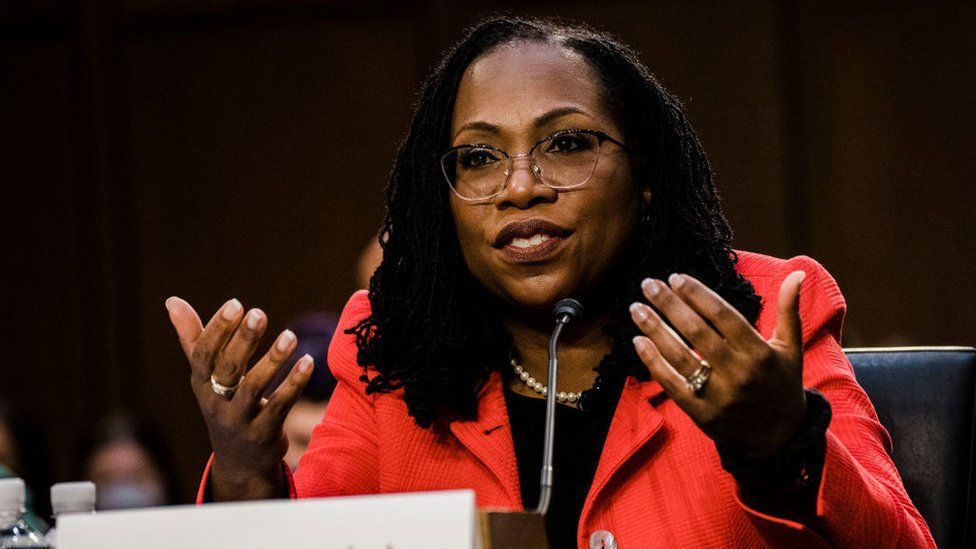 Joe Biden’s radical, America-hating nominee for the the US Supreme Court is the latest assault on the country by Biden and the Democrat Party.

Ketanji Brown has a lengthy record of being soft on sex crimes, pushing a radical anti-American agenda, making outlandish decisions that are overturned even by liberal courts, and defending Gitmo killers.

On Tuesday, Ted Cruz got his first crack at questioning Biden Supreme Court nominee Judge Ketanji Brown Jackson, and the Texas Senator did not hold back one bit.

Following up on Sen. Josh Hawley’s opening remarks yesterday, in which he laid out Jackson’s troubling history with these types of offenders, Cruz broke down each of the ten cases involving child pornography that Jackson presided over and showed exactly how much time she shaved off their recommended punishments.

In every child pornography case – 10/10 – Jackson gave the mandatory minimum sentence that was allowed by law, and/or drastically reduced their jail time far below the prosecution’s recommendation.

And, as Cruz points out, that’s while she served in the Washington DC District Court, which has prosecutors who are substantially more ‘liberal’ than most areas in the country.

Yet, somehow, Jackson inexplicably reduced jail time for these crimes by an average of nearly half (47%) “100% of the time,” according to Cruz.

And now Ketanji Brown Jackson’s HARVARD LAW REVIEW Article on being nicer to sex offenders was dug up by Radio Patriot and posted online.

Ketanji Jackson did not just hand out lenient sentences on sex crimes, she wrote about it at Harvard!

Ketanji Brown Jackson: Prevention Versus Punishment Toward a Principled Distinction in the Restraint of Rel… by Jim Hoft on Scribd

Ketanji Brown Jackson is so far from mainstream America it is an assault on the country to push someone this radical for a seat at the US Supreme Court.
These people truly are at war with America.