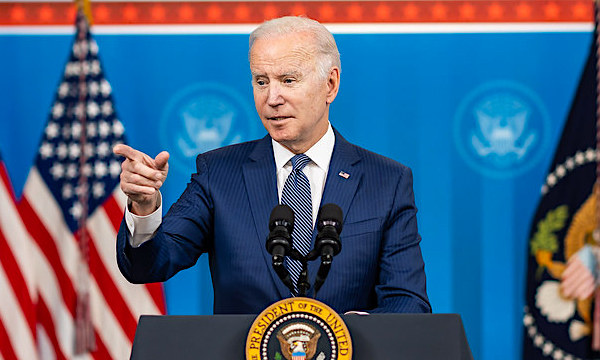 A website is reporting that Google has attacked one of its articles and tried to censor it “for no other reason than that it doesn’t like the facts being reported.”

The details of the situation come from the I&I website, which is the Issues & Insights home.

The site officials said they noticed the problem because Google’s AdSense ad network had been withdrawn from an article.

“What was the violation? According to Google, the article contained ‘unreliable and harmful information.’ What does that mean?” the site asked, citing the online giant’s demands that forbid content that “makes claims that are demonstrably false and could significantly undermine participation or trust in an electoral or democratic process.”

Two other disqualifiers are content that promotes harmful health claims or contradicts an “authoritative scientific consensus on climate change.”

“It was an article about the results of our own monthly I&I/TIPP poll, which asked registered voters ‘who do you want to see run for president in 2024.’ We broke out the findings by party affiliation, and reported on the results. Which were that while 60% of Republicans wanted Donald Trump to run in 2024, a mere 37% of Democrats wanted President Joe Biden to be on the ticket,” the site said.

It worked with TIPP, “a highly regarded polling firm that has been the most accurate in every presidential election since it started doing that polling,” on the result.

“The leftists running Google might not understand this, but poll results like that are what we in the news business call ‘news.’ And reporting on news is what journalists do. The article even includes a chart showing details of the results of this poll, letting Google’s content police see for themselves that our reporting was accurate,” I&I said.

It appealed to Google, which rejected the request.

“The only conclusion we can draw is that Google is now attacking content for no other reason than that it doesn’t like the facts being reported. By stripping ads from this article, Google is not only unfairly costing us money, it’s sending a message that if we want to work with AdSense we have to kowtow to their leftist standards. How many sites that depend more heavily on Google for revenue will start to think twice about offending the liberal Google gods?” I&I noted.