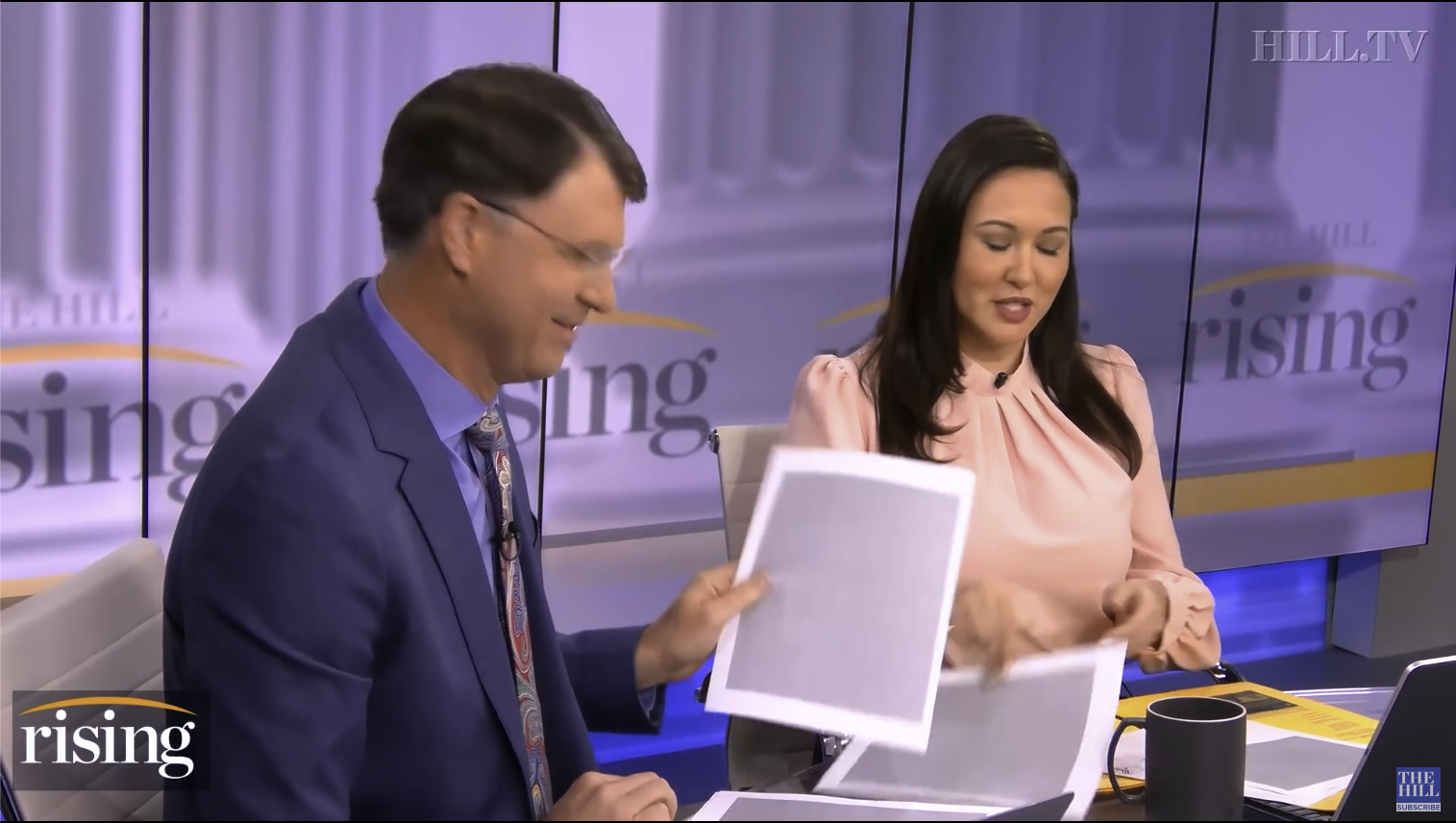 Terrific optics in ‘Rising’ show the reality of ‘redacted documents.’

The beginning of this video is priceless. If you go no farther than the first two minutes, you will get a HUGE amount of information.

However, we suggest you watch the whole thing.

But why report on Coronavirus when the big news is how evil President Putin and Russia are? (sarcasm used here).

Well, the answer is simple. The present woke pile-on of probably more than one hundred companies and groups that are jumping on top of each other to “cancel” Russia is related to the psychological problems brought on and / or exacerbated by two years of being isolated, masked, lied to, freedoms stripped and the world plunged from wild but relatively free into the darkness of the beginnings of the Great Reset.

Both issues are related. Think about the facts – when have we ever seen such an unjustified “Bandwagon Effect” take place against any nation since World War II? Over Russia? Why?

Can anyone really answer adequately why canceling Russia is such a good idea, without resorting to some stock answer that the TV, radio and internet media are saying every day?

I cannot. Based on precisely these sort of reports from TV, radio and internet, and further based on my incredible amount of acquired wisdom and ability to smell out bull—t lies from the media, I see no reason to cancel Russia.

The bandwagon effect is stronger than I can ever remember seeing it. It is so strong that, were Russia not already somewhat prepared for it, this would plunge the country into tremendous economic and hence, social, chaos. Some of my students and colleagues are worried that this will indeed be the case, especially if the war in Ukraine drags on.

However, I think the hysteria of the West is going to hit a wall. Trying to forecast or predict the future is perilous, so I will not chance to predict anything. However, I would like to offer a sample scenario that seems rather likely. I personally think this is 60% likely to be what happens, but this is purely my own sense of it based on observations I make:

The war will come to an end within about five weeks, so say, mid-to-late April. President Zelensky will acquiesce to the demands of the Russian Federation and pledge Ukraine’s neutrality with regards to NATO. He will also begin mending fences with President Putin in a real way. The Donbass republics’ independence will be recognized by Ukraine’s government, and there may be either a full recognition of Crimea’s status as part of Russia or a detente with regard to this region. (Just a hunch)

The demilitarization of Ukraine will be complete, and ideally, all foreign-born people serving in the Verkhovna Rada and the rest of the Ukrainian government will be removed from their posts. Ideally, they would also be removed from the nation, but that is unlikely to happen. Ukraine’s constitution will be amended to exclude any Nazi-supporting parties from government service, similar to what happened with the Communist Party for some period of time after the Soviet Union fell.

There will be a great many resentful Ukrainians. Some of them will see Zelensky’s actions as a capitulation to Russian tyranny, and President Zelensky will need help to remain in power, but remain in power he will.

And what will the West do?

That is the big question.

So, let’s go back to this issue about COVID. For two years, almost the entire planet was under some reign of terror of a tiny virus that carried a disease that cannot be prevented, only treated. The world threw all of its technology at it to come up with a vaccine to magically make COVID not a problem, but this failed, everywhere. The virus was engineered to get around any vaccines, and so it continued its course unhindered up until now. The lockdowns, the quarantines, the economic pressures, the totalitarian power grabs of governors and presidents and prime ministers all over the world greatly widened the gap between the rulers and the ruled, and we were treated to garish displays of “rules for thee but not for me.”

The COVID response also took a serious psychological toll on many people who were already predisposed to depend on Big Government rather than to live under God as free and independent people. The more religious people tended to be more skeptical of the virus and the corresponding response to it, but the less religious people were easily terrified. In the US, many people take antidepressants for no adequately explained reason. “Too much luxury” may well be the cause, quite honestly, though at this point my assessment is anecdotal.

These people are the ones easily egged on by the media in its “cancel Russia” frenzy, even among conservative Americans, as demonstrated by watching Fox News. That network turned overnight into Ukrainian-at-all-costs cheerleaders, gleefully ignoring the fact that the Western influence being brought to bear in Ukraine is everything that a conservative would normally oppose.

How will these people deal with the news that the war is over and that Russia got what it wanted?

I think this question is why we had COVID lockdowns in the first place, and why Russia is presently getting canceled so strongly. I think the bet is that the West will not accept this fact and act in a completely irrational way, increasing the scapegoating of Russia and bringing the attack directly to that country.