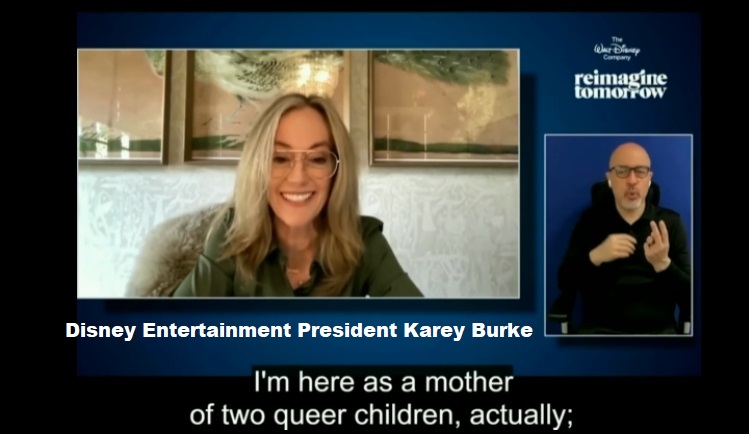 Put this in the things that make other things make sense file. As the Disney corporation publicly says they will “work as a company” to advance gender sexualization for young children in Florida elementary schools, one of the top Disney executives explains why. {Direct Rumble Link)

During a conference call to explain the corporate intents of the company, Disney entertainment president Karey Burke says, “As the mother [of] one transgender child and one pansexual child,” she supports having “many, many, many LGBTQIA characters in our stories” and wants a minimum of 50 percent of characters to be LGBTQIA and racial minorities.  WATCH: