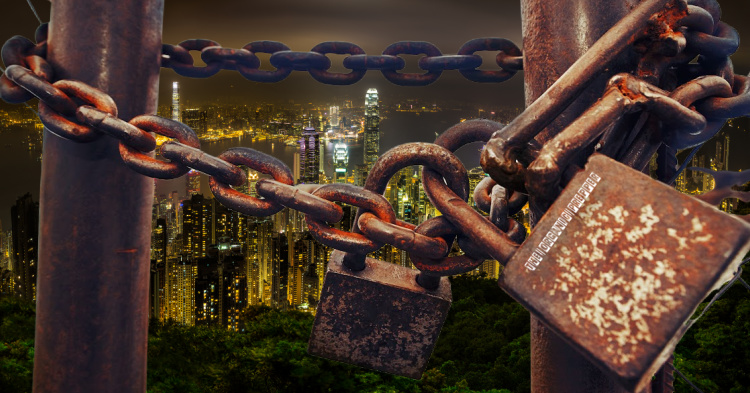 China has now officially locked down Shenzhen and Jilin Province allegedly due to increasing rates of COVID infections in the area. Within Shenzhen alone, it is being said that thousands of citizens are being taken away from their apartments and put into isolation camps. You can see a video allegedly of this process unfolding  below.

How will the lockdown of Shenzhen impact the American prepper?

The primary port in Shenzhen (a province of 17.5 million people) is called Yantian. This port alone handles approximately 90% of the electronics exports that leave China. With this port locked down, this could potentially cause a huge supply chain disruption for any type of electronic good within the United States.

Tablets, phones, computers, radios, video game consoles, car parts, key fobs – shipments of these products could all potentially be impacted. While China does have other ports that these products could be shipped out of instead, a large part of the problem is that Shenzhen is something of the Silicon Valley of China.

It’s a major technological hub for the country.

Foxconn (one of Apple’s largest suppliers) is within Shenzhen, as is Tencent and Huawei.

Tencent is predominantly known for its role in the global video game industry. They either own or have investments in Fortnite, League of Legends, PlayerUnknown’s Battlegrounds, Ubisoft, and Discord. They also have a number of investments in the American entertainment industry, having financial stakes in Lady Gaga, Taylor Swift, Drake, and Kendrick Lamar.

Tencent is also known for its WeChat app that Donald Trump worked to ban from the United States for harvesting too much information from the end user.

A week-long lockdown of the city began on Monday, meaning none of the employees of these companies are going to be able to come to work for at least seven days (personally, I think this is going to be expanded).

This means that any electronics gear that you normally buy is either going to go up in price this week, or is only going to become more scarce in the very near future.

What about Jilin Province?

Jilin Province (with a population of more than 24 million people) has been locked down as well. It is predominantly known for its food production abilities, producing vast quantities of grains. If workers throughout this region are not permitted to work, this could potentially mean an exacerbation of the current global food supply chain crisis.

This likely wouldn’t result in any long-term negative effects on China as they’ve recently built up the world’s largest grain reserves (50% of the global grain reserves), holding approximately two years’ worth of grain at the moment to feed their people with.

(If they’re storing food, you probably should too. Check out our free QUICKSTART Guide on home canning.)

Both Toyota and Volkswagon have factories within Jilin as well, and both of these locations have been forced to temporarily shut down.

It is interesting to remember January 2022.

It was just two months ago that it was widely reported that hemorrhagic fever cases were popping up in China.

Dr. Robert Malone, the inventor of mRNA vaccines, popularly stated, “They are using the language that this is a hemorrhagic fever virus. If that’s the case, then it would be very odd that this is something that would be caused by a coronavirus. That terminology is usually used for viruses in the family of Marburg and Ebola.”

Xi’an was one of the main areas that was locked down in January as a result of this, and upwards of 85% of the flights out of the region were grounded as a result.

This is not to say that this is the sole or predominant reason that Shenzhen and Jilin Province have both shut down, but it is an interesting fact to remember. Neither Shenzhen or Jilin Province is anywhere close to Xi’an.

Who really knows what’s going on?

It’s hard to get a firm grasp on what is going on here. Perhaps it’s best to stick with what we know. These two regions of China are currently in lockdown, and as a result of this, we are going to see some supply chain disruptions.

If there is gear that you need for your business to operate on a daily basis or there are some last-minute preps you know are made in China that you’ve been holding off on picking up, getting these sooner rather than later is likely a good idea. If this Chinese lockdown is expanded (as it very well could be) to not get these items now could lead to you paying much more for them in the very near future, being forced to look for suitable alternatives, or having to simply do without.

Do what you can while you still can.