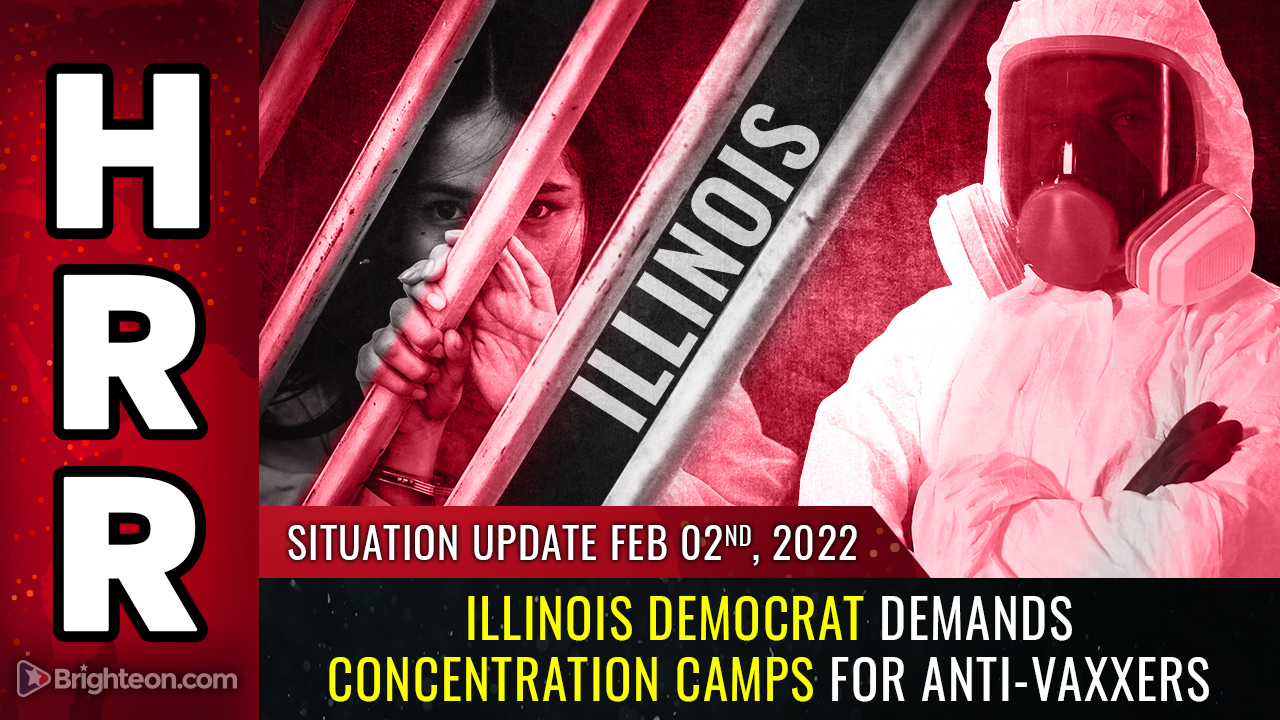 Of course it’s a female Democrat lawmaker from Illinois. Rep. Deb Conroy (D), 46th District, has proposed a new law (HB 4640) that would empower the State of Illinois to round up anti-vaxxers at gunpoint and throw them into state-run concentration camps for an indefinite period of time. This is entirely consistent with the authoritarian lunacy of Democrats and especially female Democrats who have become raging, power-hungry “mask Karens” who seek to rule over everyone.

Here’s the official Illinois General Assembly link to the status of the bill.

Villa Park State Rep. Deb Conroy (Democrat) wants to “isolate or quarantine persons who are unable or unwilling to receive vaccines, medications, or other treatments.”

HB 4640 is scheduled to be heard in the Illinois House Human Services Committee February 2 at 9:00 AM.

If HB 4640 were to become law, persons exposed to an infectious disease could be placed under Public Health Department observation, only possible in a contained atmosphere with Department watch guards, some suggest such as a concentration camp.

To prevent the spread of a dangerously contagious or infectious disease, the [Public Health] Department may, pursuant to the provisions of subsection (c) of this Section, isolate or quarantine persons whose refusal to undergo observation and monitoring results in uncertainty regarding whether he or she has been exposed to or is infected with a dangerously contagious or infectious disease or otherwise poses a danger to the public’s health. 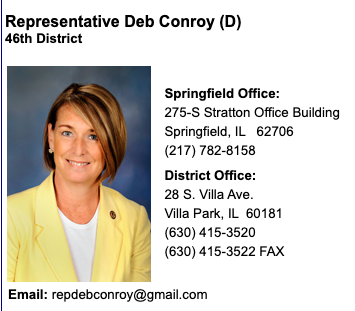 The proposed law would also allow any local Illinois “official” (i.e. criminal government goon) to access the vaccine status of all individuals as a pretense to rounding up the unvaccinated and throwing them into covid concentration camps.

From the description at ILGA.gov:

There are currently 12,634 “witness slips” filed in opposition to the bill, as seen at this link on ILGA.gov.

The number of proponents in support of the bill is 81.

Your government is the terrorist

It appears that Rep Deb Conroy has not yet sufficiently terrorized the people of Illinois to get them to agree to be rounded up and taken away to concentration camps. No doubt the psychological operations programs will have to be ramped up to achieve that goal.

Here’s a link on how to contact Rep. Deb Conroy. She’s a member of the Illinois House Democratic Women’s Caucus and — no surprise — was also a District 205 School Board member. If you contact her, be polite. Don’t fall into the trap of becoming what she is.

If you ever wondered what an actual vaccine Nazi looks like in modern-day America, get a good look at this Karen. This is what the Holocaust looks like in America: Power-hungry lunatic left-wing women demanding that men with guns round up all their political opponents and throw them into concentration camps. Conroy would have felt right at home in Nazi Germany, circa 1939.

It’s no surprise, then, that Conroy is the Chair of the House Mental Health Committee. Never forget how the Nazis declared their opponents to be mentally deficient so they could throw them into insane asylums and have them exterminated. It seems like it’s always the people running the mental health sectors of society who are the most insane and power hungry, doesn’t it? 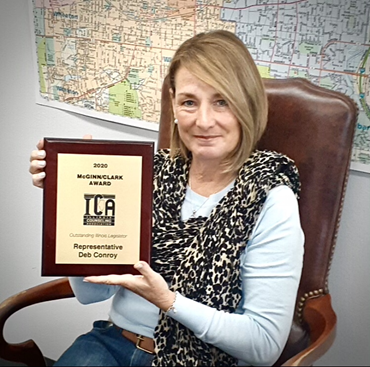 Finally, if you live in Illinois, you should probably consider exiting that bankrupt state anyway, as the financial picture for the State of Illinois is nothing short of disastrous. Even with covid bailout money, Chicago and St. Louis are beyond bankrupt. The city of Chicago currently owes $43,700 per taxpayer, reports IllinoisPolicy.org:

Fiscal watchdog Truth in Accounting’s July 2021 report showed the Windy City’s pension-fueled debt rose by $2.3 billion from 2019 to 2020 despite receiving substantial federal aid during the pandemic.

Maybe vaccine Holocaust pusher Deb Conroy should spend more time worrying about how Illinois is going to pay its bills than hounding citizens over vaccine compliance and wasting money on guards for covid concentration camps.

Also note that it’s only Democrat-controlled states that are pushing concentration camps. This insane nonsense does not fly in red states.

In any case, if you contact Rep. Conroy, be polite and state your case firmly and calmly. Better yet, just vote tyrants like this out of power in the 2022 mid-term elections. The way to end tyranny is to stop supporting it, obviously.

For those Illinois citizens who keep voting Democrat, you are getting the tyranny you deserve.

Get full details on this story and much more — including the North Carolina fertilizer plant fire — in today’s Situation Update podcast: