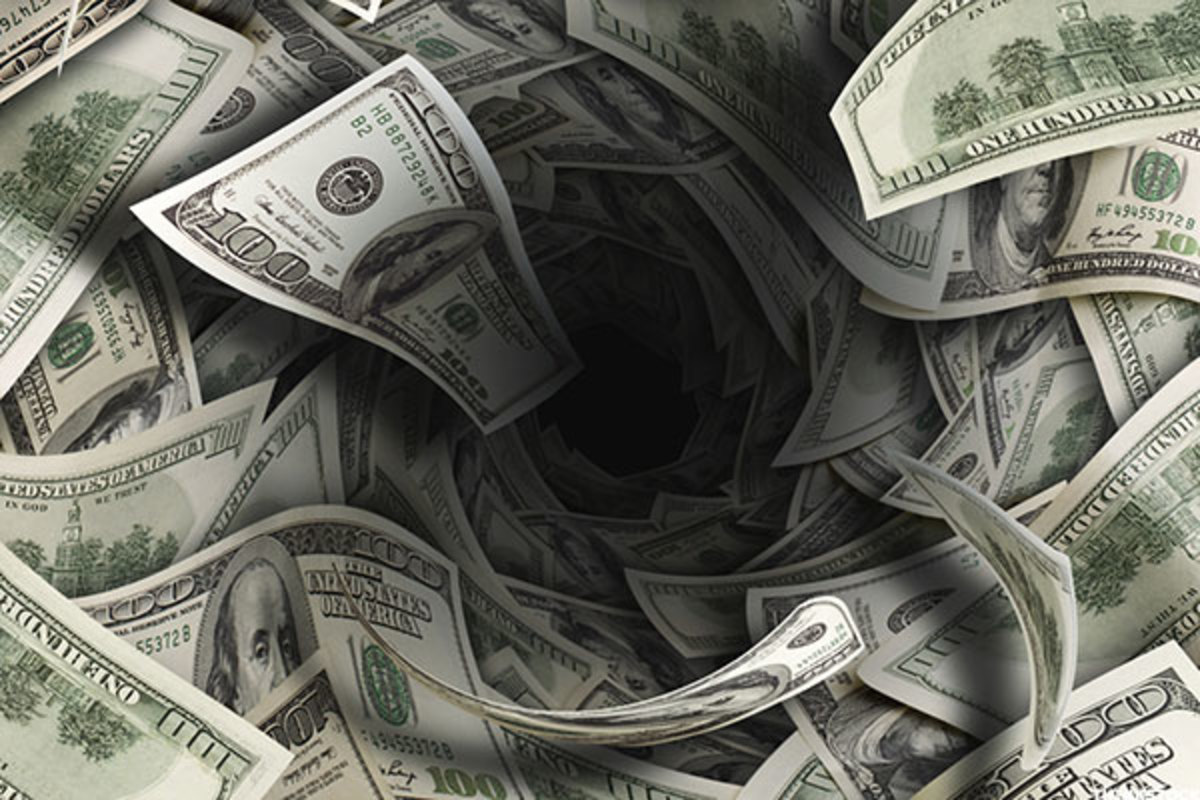 The effective Federal Reserve funds rate (the EFFR) has been sitting at virtually zero for a long time now. It feels a little strange to think about the fact that it was 14 years ago when the central bank first helped to trigger the crash of 2008 and we are still dealing with the consequences of it today. I only started writing for the liberty movement two years before that. The amount of time that it takes for economic disasters to develop is well beyond the average person’s attention span. In fact, there are many people who are adults today that have no clue what happened in 2008 because they were in elementary school when it went down.

This is how the establishment is able to get away with the negative changes to our national standard of living – because these changes usually happen over the course of decades and almost no one notices.

That said, there comes a point in any financial collapse where the floor is as thin as it will ever get. When the next shoe drops it’s going to break right through along with all the furniture. At this stage there is no slow moving crash, everything goes all at once. We have already seen this scenario in action, and again, I don’t think very many people remember the event.

Here’s what most people have forgotten

In 2018 the Fed began hinting at the institution not only of rate hikes but also cuts to asset purchases and its balance sheet simultaneously. It’s important to understand that effective rates had been sitting near zero for almost a decade and cheap overnight loans from the central bank were feeding one of the longest running corporate stock buyback bonanzas in history. Stock buybacks and easy Fed money facilitated a near endless bull market rally in equities. The lack of real price discovery and the perpetual free-for-all was so bad that the mantra for stocks became “Buy the F#ing dip!”

The assumption was that the Fed was always going to step in to protect markets from falling. Why? Because they had done this for several years, creating one of the biggest spikes in the Dow and Nasdaq of all time. Why would they do anything different? But, in 2018, for short time we witnessed what would happen if the central bank was to take away the punch bowl and it was not pretty.

Closing in on mid-2018 the Fed began to hike rates and cut its balance sheet more aggressively. We had seen small intermittent rate hikes since 2015, but these had not coincided with asset cuts or changes in overnight loans to major banks and corporations. The markets immediately began to reverse more than we had seen in some time, gas prices jumped and the yield curve flattened after rates rose a mere 50 basis points. It didn’t take much to cause a panic among investors.

So, to be clear, the major business and investment framework of the U.S. has been so dependent on cheap credit from the Fed that even the tiniest increase in interest rates was enough to almost unhinge the entire system. Of course, bull market ticker trackers in the media missed the whole purpose of this exercise.

The Fed reversed course on hikes and their balance sheet in mid-2019, so the mainstream once again assumed that this meant the central bank would “never” allow markets to fall.

Back in 2018 the argument was that there was no need for the Fed to hike rates or drop assets because there was no imminent threat of inflation. The average economist and the media refused to acknowledge the many warning signs that high inflation was going to hit us in the near term. But the Fed knows exactly what it is doing and they understand that the trillions upon trillions of dollars they created out of thin air after the derivatives crisis will ultimately come back to bite the U.S. economy in the rear in the form of price inflation and stagflation.

Another interesting fact about the hikes of 2018 is that Jerome Powell had warned about the consequences of such actions years prior in 2012 during the October Fed meeting:

“…I think we are actually at a point of encouraging risk-taking, and that should give us pause. Investors really do understand now that we will be there to prevent serious losses. It is not that it is easy for them to make money but that they have every incentive to take more risk, and they are doing so. Meanwhile, we look like we are blowing a fixed-income duration bubble right across the credit spectrum that will result in big losses when rates come up down the road. You can almost say that that is our strategy.” – Jerome Powell [emphasis added]

Yet, he signed off on the policy anyway once he became chairman. Why?

Because he was ordered to. Former Fed chairman Alan Greenspan once admitted that the central bank answers to no one in government, but this does not mean the Fed is independent. The Fed is only a part of a larger global central banking machine under the oversight of the Bank for International Settlements.

This is not “conspiracy theory,” it is simply reality. The notion that the Fed acts thoughtlessly, or that their goal is to keep the U.S. economy afloat is just not true. There are much bigger plans at play.

The next deliberately Engineered economic crisis

My position back then remains the same today: The rate hikes of 2018 were a test run for a more aggressive and deliberately engineered crisis down the road. The Fed has its own agenda, it does not care about protecting U.S. markets, nor does it even care about protecting the U.S. economy in general.

I hold that the Fed is a weapon for social and political change within America and part of its job is to greatly reduce the standard of living of the population while making it appear as if this decline is a “natural” consequence of the U.S. system.

Keep in mind that none other than Karl Marx was insistent that central banks were a primary pillar of a socialist/communist system and its ability to maintain control of the public. As Marx noted in his Manifesto Of The Communist Party written with Fredrick Engels, “despotic inroads on the rights of property” would be “unavoidable as a means of entirely revolutionizing the mode of production.” In other words, in order to meet their revolutionary goal, communists would need to destroy property rights.

Among his ten requirements for a communism government, number five reads:

“Centralization of credit in the hands of the state, by means of a national bank with State capital and an exclusive monopoly.”

Control of the currency and credit framework means control of the population of any given nation because it allows a central authority to reduce the standard of living “scientifically.” That is to say, they can create economic decline or collapse out of thin air.

But why do this at all? Because financial desperation is the fastest way to create public dependence on a central authority.

Every collectivist regime in history has used poverty and near-starvation, or government rationing and management of production, as a means to keep their populations under control. This is nothing new but for some reason many people think this strategy will never be attempted in America. They think the establishment “needs” the American economy intact. They are simply delusional.

When the government and the elites behind government become everyone’s Mommy and Daddy and the sole providers for the means of survival, it is unlikely that the citizenry will try to rebel. That is to say, people rarely bite the hand that feeds them.

So, central banks and their corporate and political partners follow the Marxist model and seek to become the hand that feeds; by hook, by crook or by financial collapse if necessary.

I have covered this agenda of central banking and the Fed in many articles the past year, but what we now face is the inevitability of Fed rate hikes. Yet I still see many analysts in the mainstream and in the alternative media who refuse to admit the chances are high that the central bankers will again engage in a rate hike demolition, only this time they are unlikely to have mercy as they did in 2018.