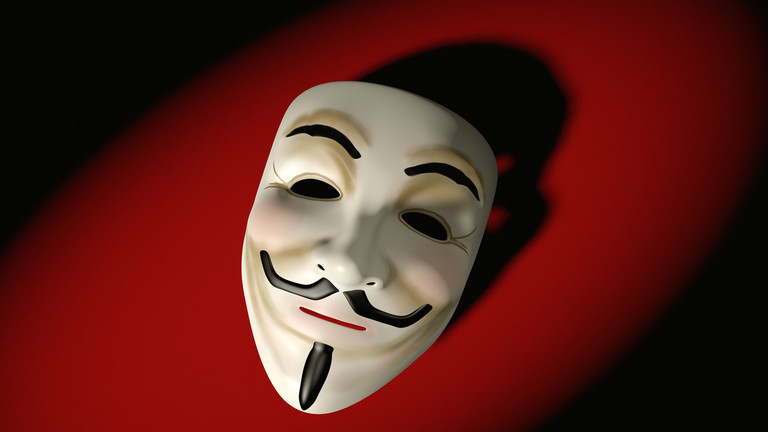 RT.com has also been targeted in what appears to be a widespread denial-of-service (DDoS) attack

Hacker collective ‘Anonymous’ declared a “cyber war” against Russia, claiming to have disabled several Russian government websites and that of RT.

Social media accounts claiming to represent the group announced on Thursday evening that they were “officially in cyber war against the Russian government” and had taken down dozens of websites in response to Russia’s military action in Ukraine.

The websites of the Russian government, the Kremlin, the Duma, the Ministry of Defence, and RT were all affected by the apparent cyberattack, with some of the websites slowing down and others being taken offline for extended periods of time throughout the day.

The Anonymous collective is officially in cyber war against the Russian government. #Anonymous #Ukraine

The #Anonymous collective has taken down the website of the #Russian propaganda station RT News.

F**k #Putin… We support the people of #Ukraine… We are legion. We will not forget the lives that have been lost under Putin’s regime,” tweeted one account related to the collective, while another account wrote, “The Putin criminal regime are gonna have a very hard time recovering from our attacks!”

In another post, an account claiming to represent Anonymous said that while its operations were “targeting the Russian government,” there was also “an inevitability that the private sector will most likely be affected too.”

“So, while people around the globe smash your internet providers to bits, understand that it’s entirely directed at the actions of the Russian government and Putin,” the account said in a message to Russians.

As a decentralized collective, Anonymous does not have any central hierarchy or leadership and thus its operations have been known to take on a wide range of issues from different political perspectives.

Hackers affiliated with Anonymous have previously attacked US government websites, the Central Intelligence Agency (CIA), the Westboro Baptist Church, ISIS, the Church of Scientology, and the Epilepsy Foundation – which was targeted with flashing strobes in 2008 – among many others.