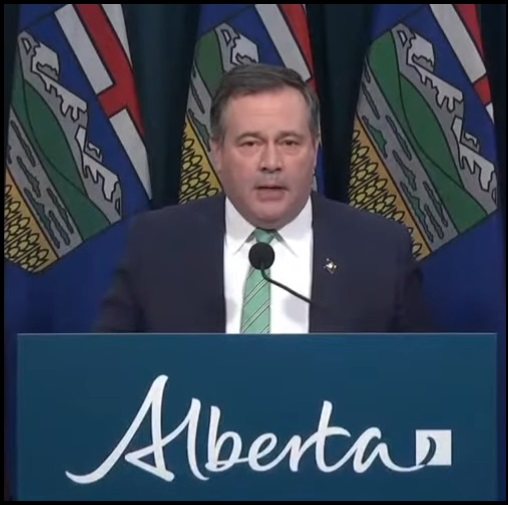 Alberta provincial head Jason Kenney held a press briefing today attempting to give the impression that state vaccine mandates would be lifted.  However, the truckers were smartly not hoodwinked by the highly political move and instead moved back into a hardened position to blockade the Coutts border crossing.

Holding a press conference to make his announcement [Full Video Here], premier Kenney said, “We cannot remain at a heightened state of emergency forever. We have to begin to heal, and so Alberta will move on. But we’ll do so carefully, we’ll do so prudently, we will do so only if it does not threaten the capacity of our healthcare system.” Kenney then outlined some softening to the covid restrictions.

Provincial rules that require students to wear masks in Alberta schools will end on Monday, and children under 12 won’t have to wear masks anywhere starting then.

Kenney stated a provincial work-from-home order will expire on March 1, along with the provincial mask mandate.  At the same time, the limits on social gatherings and students being permitted to be in non-socially distanced proximity with other students in schools will be removed.

However, while Premier Kenny said the vaccine passports called ‘Restriction Exemption Program’ (REP) would be eliminated at midnight tonight, the QR codes check-in gates would continue; vaccine requirements will remain; vaccine discrimination can continue by private businesses with government support; govt healthcare workers must still be vaccinated or get fired; entertainment venues would be allowed to sell food & drinks again (but customers must be seated); and rules on closing times, alcohol service times, table capacity in restaurants, and social distancing would remain in place.

Most importantly, the trucker vaccine mandate is a federal mandate, and that will still apply to cross-border truckers.  Put simply, a majority of the mandates would still continue through to March 1st, then even after March 1st, a lot of the mandates will remain.

After quietly and patiently listening to the entire statement from Jason Kenney until he was finished, the Alberta truck drivers responded immediately:

The Alberta farmers moved their tractors back into front line status to position against any effort by RCMP to engage.  The truckers moved the convoy back into full blockade position, and the Coutts border crossing was completely shut down.

The blockade will continue until the mandates are removed.  To quote a famous saying: 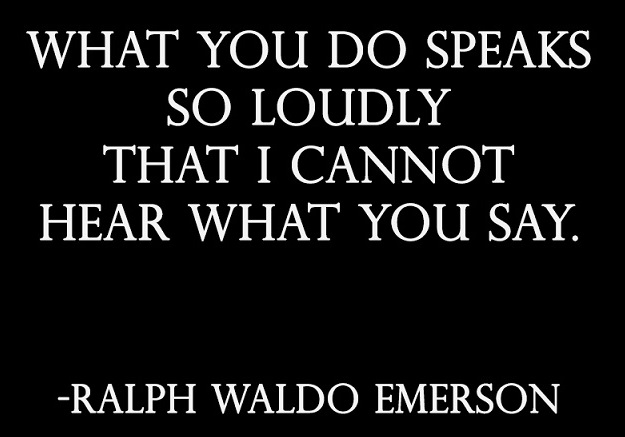 Coutts border blockaders were not happy with the announcement by Jason Kenney today, updates sure to come soon.