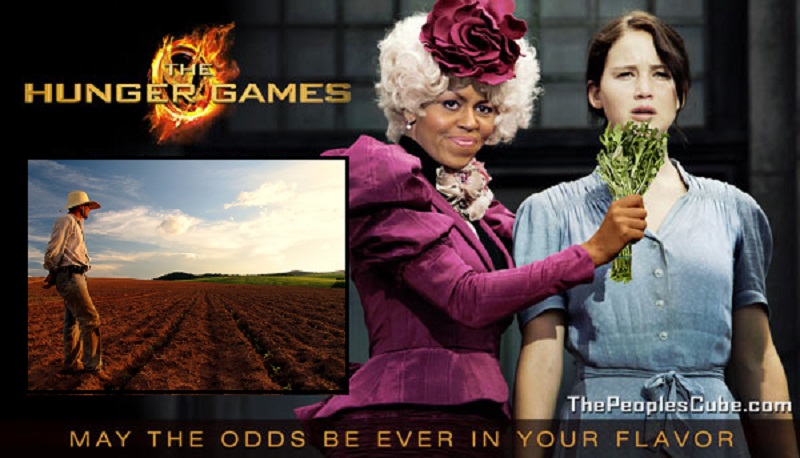 It’s easy to ignore the United Nations and World Bank pontificators as Über-leftists and global climate change fanatics.  However, of value to us ordinary peeps, is a recognition that U.N and WB outlooks permeate the World Economic Forum and Davos groups.

The multinational corporations and quasi-governmental entities in/around the World Economic Forum (WEF) are the people who call themselves “elites” and shape global policy.  As a result, when the U.N. and Word Bank start talking about widespread global famine as a result of energy policy impacts to the farming industry, specifically natural gas costs and fertilizer resulting in lower crop yields, it is worth paying attention.

We have already discussed the U.S. impact from higher fertilizer costs HERE.   As a nation we are blessed and fortunate to be living on land that is naturally healthy and fertile enough to grow food in abundance.   However, if our crop yields drop our export ability diminishes.  The world relies on the U.S. as a food basket.  You might have recently heard about foreign countries buying up U.S. farmland? Well….

In this outline from the Wall Street Journal, they note those increased costs mean less crops in all continents especially the third world regions.  That can be catastrophic for nations that already have food insecurity issues.

(Via Wall Street Journal) Christina Ribeiro do Valle, who comes from a long line of coffee growers in Brazil, is this year paying three times what she paid last year for the fertilizer she needs. Coupled with a recent drought that hit her crop hard, it means Ms. do Valle, 75, will produce a fraction of her Ribeiro do Valle brand of coffee, some of which is exported.

There is also a shortage of fertilizer. “This year, you pay, then put your name on a waiting list, and the supplier delivers it when he has it,” she said.

[…] Farmers in the U.S. are also feeling the pinch, with some shifting their planting plans. But the impact is expected to be worse in developing countries where smallholders have limited access to bank loans and can’t pay up front for expensive fertilizer.

Fertilizer demand in sub-Saharan Africa could fall 30% in 2022, according to the International Fertilizer Development Center, a global nonprofit organization. That would translate to 30 million metric tons less food produced, which the center says is equivalent to the food needs of 100 million people.

“Lower fertilizer use will inevitably weigh on food production and quality, affecting food availability, rural incomes and the livelihoods of the poor,” said Josef Schmidhuber, deputy director of the United Nations Food and Agriculture Organization’s trade and markets division.

As the pandemic enters year three, more households are having to cut down on the quantity and quality of food they consume, the World Bank said in a note last month, noting that high fertilizer prices were adding to costs. Around 2.4 billion people lacked access to adequate food in 2020, up 320 million from the year before, it said. Inflation rose in about 80% of emerging-market economies last year, with roughly a third seeing double-digit food inflation, according to the World Bank.

[…] Tony Will, chief executive of CF Industries Holdings Inc., a leading nitrogen fertilizer manufacturer based in Deerfield, Ill., said he expected lower fertilization levels this year to result in reduced agricultural yields. The company has only reopened one of the two U.K. plants it closed in September, citing high natural-gas prices and low availability of truck drivers. Plants in North America, where gas prices are lower, are running at maximum capacity, Mr. Will said.

Industry experts say European production is likely to be constrained as long as natural-gas prices remain high there, with shortages in parts of the developing world amplified by trade restrictions in other major fertilizer exporters. (read more)

As we have shared…. “The absence of food will most certainly change things.” 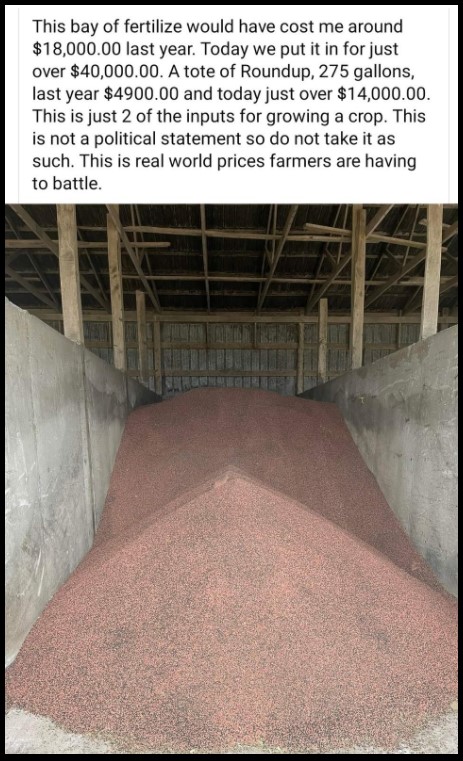 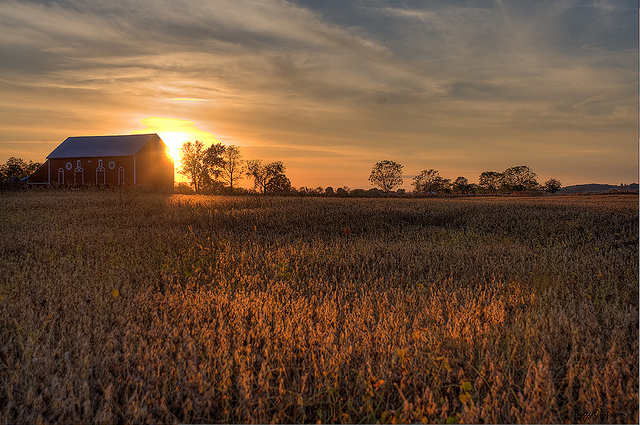