Quick Background: For more than five years the liberal establishment media attacked conservatives and Donald Trump, with an average of over 90 percent of coverage from newspapers and television outlets being hostile and negative.

First they did to try to kill his candidacy, anddestroy any conservative that supported him to the point of pushing Hillary Clinton’s “Trump supporters are deplorabe” narrative. Some saw it as a joke, with the leftist website Huffington Post, announcing in 2015 they “won’t report on Trump’s campaign as part of The Huffington Post’s political coverage. Instead, we will cover his campaign as part of our Entertainment section. Our reason is simple: Trump’s campaign is a sideshow. We won’t take the bait.”

They changed their minds once it was clear Trump would be the GOP presidential candidate, writing another piece which made it very clear “We Are No Longer Entertained.”

Others just attacked, reported his and other Republicans comments out of context,  edited clips to misrepresent what they said, and other more dishonest forms of trying to tank his campaign.

Then he became the 2016 candidate for president and reporting became much worse as ‘fake news” from large media outlets became the norm, stealth edits added at a later dat, corrections announced, whole stories retracted and deleted and resignations forced on high profile “journalists.”

In 2017, Donald Trump explained why he thought he would win reelections, stating “newspapers, television, all forms of media will tank if I’m not there because without me, their ratings are going down the tubes.”

Jump Forward: It is now the end of 2021 and the numbers are in. Trump’s prediction came true, to the point where even the liberal MSM has been forced to report on it. While they do acknowledge Trump no longer sitting in the White House has, in fact, done damage to their ratings, they also claim there were other reasons.

I agree, there were, just not the excuses the MSM claims.

Cable news networks were the main form of evening entertainment for millions of Americans last year. In 2021, weekday prime-time viewership dropped 38% at CNN, 34% at Fox News Channel and 25% at MSNBC, according to the Nielsen company.

The Trump era saw explosive subscriber growth for some digital news sites like The New York Times and Washington Post. Yet readers aren’t spending as much time there; Comscore said the number of unique visitors to the Post’s site was down 44% in November compared to November 2020, and down 34% at the Times.

Also according to ABC News, outlets, television and newspapers “have turned elsewhere for revenue opportunities,” because political reporting isn’t the same with the MSM being able to obsess, every hour, of every day of every month of every year, over Donald Trump.

Perhaps that was most obvious at the cable news networks. They built a prime-time model almost entirely focused on political combat during the Trump years, which made it difficult for them to pivot to something different, said Tom Rosenstiel, a journalism professor at the University of Maryland.

“You become, to some extent, a prisoner of the audience you built,” Rosenstiel said.

Those networks remain focused on politics even as viewership interest wanes. The media monitoring company NewsWhip looked at 14 million political articles online last year and found they had an average of 924 engagements, or social media interactions. The 13.5 million articles NewsWhip has traced in 2021 had an average of 321 engagements.

They are treating this as news burnout type of issue, but the numbers are clear, without Trump, they are tanking and scrambling to find other revenue sources to make up for the loss of readership and/or viewership.

Trump was right…. that sentence right there are likely to make heads on the left, and some on the right explode. THE MEDIA HAS DESTROYED THEMSELVES

During the Trump years the media constantly claimed Trump was causing distrust of the media by calling them “fake news,” yet as the graph above from Gallup shows, the media has done that all on their own, not rising above 50% since 2006, and down to 36% in 2021, and their highpoint was around 1976 at 72%.

A note on the related article link right above. All the “mistakes” listed were against Trump and negative to Trump, leading many to justifiably believe the “mistakes” in many cases were done purposely and with malice.

Now it is the end of 2021, Joe Biden has been occupying the White House for less than a year, (or the White House film set) and Sharyl Atkisson is keeping track of the mistakes during the Biden era, which is already up to 40 as of December 2, 2021.

The ones directly related to Biden, were of course pro-Biden, the exact opposite of their “mistakes” during the Trump era. 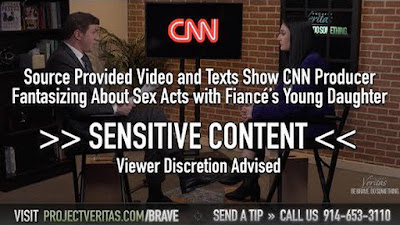 Without Trump to lie about, attack, misquote and misrepresent, the MSM ratings and viewership is not only tanking, but the spotlight has been turned back on them, and CNN, the outlet that Trump called “very fake news,” is not faring well at all, as scandal after scandal is roiling the network.

CNN was an outlet that made more “mistakes” aka published “fake news,” about Trump more than any other outlet, and now that they are in the glare of the spotlight, we are seeing the organization implode from within.

• CNN’s top host, Chris Cuomo was fired for not only helping his brother, former Governor of NY Andrew Cuomo with the sexual misconduct allegations against him, but also because of “additional information,” that has “come to light.”

That “additional information” was reported allegations against Chris Cuomo himself of sexual misconduct.”

• Don Lemon is also facing a lawsuit, after settlement offers were denied, for sexual assault allegations against him.

Hice claimed in his suit that Lemon had put his hand down his own pants, rubbed his private parts and then shoved his fingers into Hice’s face.

• Two higher level CNN employees have now been forced out at CNN for sexual crimes against children and/or juveniles.

1) Fairfax County (Va.) Police Department confirmed to Fox News Digital a criminal investigation has been launched “into serious allegations involving potential juvenile victims” and that “detectives assigned to the Child Exploitation Squad of the Major Crimes Bureau are leading this investigation” into Rick Saleeby, a former senior producer for Jake Tapper’s “The Lead.”

2) A spokesman for CNN told Fox News Digital, “The person in question no longer works for CNN” and that he had resigned earlier this month. The probe comes on the heels of the arrest of former CNN producer John Griffin, who is facing federal sex crime charges involving children.

Read about it in its entirety at Fox News. The charges against Griffin are bone chilling.

In order to see how the corruption at CNN comes from the top, CNN had Toobin back on the air within months, showing they simply don’t care until their people are caught with their hands in the cookie jars, so to speak.

One could imagine Donald Trump uttering just one word regarding CNN’s freefall: Karma.