by CJ Hopkins, Off Guardian: 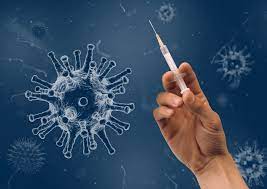 This isn’t going to be pretty, folks. The downfall of a death cult rarely is. There is going to be wailing and gnashing of teeth, incoherent fanatical jabbering, mass deleting of embarrassing tweets.

There’s going to be a veritable tsunami of desperate rationalizing, strenuous denying, shameless blame-shifting, and other forms of ass-covering, as suddenly former Covidian Cult members make a last-minute break for the jungle before the fully-vaxxed-and-boosted “Safe and Effective Kool-Aid” servers get to them.

Yes, that’s right, as I’m sure you’ve noticed, the official Covid narrative is finally falling apart, or is being hastily disassembled, or historically revised, right before our eyes.

The “experts” and “authorities” are finally acknowledging that the “Covid deaths” and “hospitalization” statistics are artificially inflated and totally unreliable (which they have been from the very beginning), and they are admitting that their miracle “vaccines” don’t work (unless you change the definition of the word “vaccine”), and that they have killed a few people, or maybe more than a few people, and that lockdowns were probably “a serious mistake.”

I am not going to bother with further citations. You can surf the Internet as well as I can.

The point is, the “Apocalyptic Pandemic” PSYOP has reached its expiration date. After almost two years of mass hysteria over a virus that causes mild-to-moderate common-cold or flu-like symptoms (or absolutely no symptoms whatsoever) in about 95% of the infected and the overall infection fatality rate of which is approximately 0.1% to 0.5%, people’s nerves are shot.

We are all exhausted. Even the Covidian cultists are exhausted. And they are starting to abandon the cult en masse.

It was always mostly just a matter of time. As Klaus Schwab said:

the pandemic represent[ed] a rare but narrow window of opportunity to reflect, reimagine, and reset our world.” 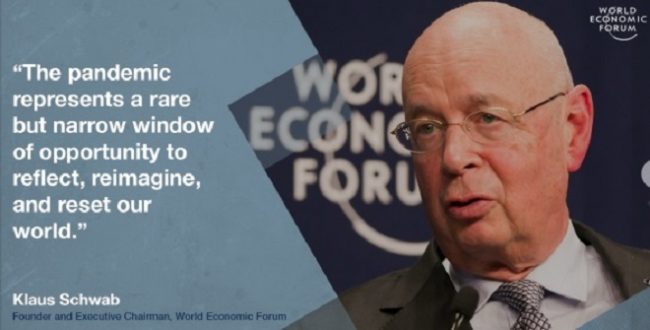 It isn’t over, but that window is closing, and our world has not been “reimagined” and “reset,” not irrevocably, not just yet. Clearly, GloboCap underestimated the potential resistance to the Great Reset, and the time it would take to crush that resistance.

And now the clock is running down, and the resistance isn’t crushed … on the contrary, it is growing. And there is nothing GloboCap can do to stop it, other than go openly totalitarian, which it can’t, as that would be suicidal. As I noted in a recent column:

New Normal totalitarianism — and any global-capitalist form of totalitarianism — cannot display itself as totalitarianism, or even authoritarianism. It cannot acknowledge its political nature. In order to exist, it must not exist. Above all, it must erase its violence (the violence that all politics ultimately comes down to) and appear to us as an essentially beneficent response to a legitimate ‘global health crisis’ …”

The simulated “global health crisis” is, for all intents and purposes, over. Which means that GloboCap has screwed the pooch.

Faked statistics and propaganda will carry you for a while, but eventually people are going to need to experience something at least resembling an actual devastating worldwide plague, in reality, not just on their phones and TVs.

Also, GloboCap seriously overplayed their hand with the miracle “vaccines.” Covidian cultists really believed that the “vaccines” would protect them from infection. Epidemiology experts like Rachel Maddow assured them that they would:

And now they are all sick with…well, a cold, basically, or are “asymptomatically infected,” or whatever. And they are looking at a future in which they will have to submit to “vaccinations” and “boosters” every three or four months to keep their “compliance certificates” current, in order to be allowed to hold a job, attend a school, or eat at a restaurant, which, OK, hardcore cultists are fine with, but there are millions of people who have been complying, not because they are delusional fanatics who would wrap their children’s heads in cellophane if Anthony Fauci ordered them to, but purely out of “solidarity,” or convenience, or herd instinct, or…you know, cowardice.

Many of these people (i.e., the non-fanatics) are starting to suspect that maybe what we “tin-foil-hat-wearing, Covid-denying, anti-vax, conspiracy-theorist extremists” have been telling them for the past 22 months might not be as crazy as they originally thought.

They are back-pedaling, rationalizing, revising history, and just making up all kinds of self-serving bullshit, like how we are now in “a post-vaccine world,” or how “the Science has changed,” or how “Omicron is different,” in order to avoid being forced to admit that they’re the victims of a GloboCap PSYOP and the worldwide mass hysteria it has generated.

Which…fine, let them tell themselves whatever they need to for the sake of their vanity, or their reputations as investigative journalists, celebrity leftists, or Twitter revolutionaries.

If you think these “recovering” Covidian Cult members are ever going to publicly acknowledge all the damage they have done to society, and to people and their families, since March 2020, much less apologize for all the abuse they heaped onto those of us who have been reporting the facts … well, they’re not.

They are going to spin, equivocate, rationalize, and lie through their teeth, whatever it takes to convince themselves and their audience that, when the shit hit the fan, they didn’t click heels and go full “Good German.”

Give these people hell if you need to. I feel just as angry and betrayed as you do. But let’s not lose sight of the ultimate stakes here. Yes, the official narrative is finally crumbling, and the Covidian Cult is starting to implode, but that does not mean that this fight is over.

GloboCap and their puppets in government are not going to cancel the whole “New Normal” program, pretend the last two years never happened, and gracefully retreat to their lavish bunkers in New Zealand and their mega-yachts.