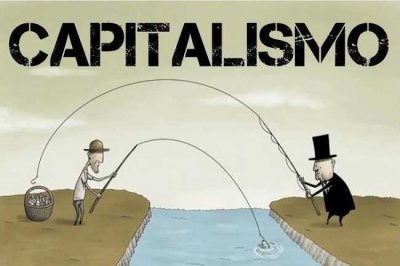 It’s hard to talk about the myriad issues piled in our society in a cohesive way, and when we try, we often get the same response:  “What is your solution?”  People get frustrated and demand an instant solution to the structural problem they are very much a part of. The very insistence on a single, cure-for-all-answer betrays their unwillingness to see the structural and systematic nature of the problem. Meanwhile they allow themselves “solutions” which are concocted by those who have created the problems.

Those “solutions” are bound to be strictly incremental and reformist, otherwise the self-serving nature of the overall trajectory becomes blatantly obvious.  Confrontation with the flaws of the “solutions” triggers an emotional response:  A clear indication that the criticism points to the obvious flaws of the system itself, which in turn resonates as a criticism against the self.  The emotional burst and the denial to recognize the system for what it is are indications of pathological adhesion to abusive power. This is the condition that forces many American people to prop up the capitalist hierarchy and continue to prove their allegiance to it.

The real solution must involve a structural change. The feudal hierarchy which structurally imposes extortion schemes of money and violence on people by domesticating their humanity, to be harvested over and over within the capitalist framework, is inhumane and destructive to our species.  Such an idea must not be brushed aside as untenable idealism if we are to live harmoniously with one another and with our environment.

In the vastness of space and unimaginable span of geological time, our presence is small: smaller than a spec of dust on a whole planet.  As conscious beings, we have created narratives and theories to explain what it means to be in this mysterious sea of matter and time.  Such ideas are central to our social organization as well as how we relate ourselves to it.  They very much affect how we perceive things as individuals and as collectives.  Those ideas can take the shape of religion, history, ideology, tradition, myth and so on, constituting parts of the individual psyche as well as the collective psyche.

Those ideas are supposed to be promoted and perpetuated by the community members because they serve them by validating the given social order which serves their best interests. They are supposed to give us ways to reconcile with the unknown in collective manners, by which we find ways to accept the mystery of life with reverence and awe.

As we are born into the social order, where those ideas are reinforced and physically manifest as social framework, we internalize those ideas, we become a part of the social mechanism and the ideas become “reality”.

But strictly speaking this “reality” is somewhat different from what is inherently real in a material sense.  What we perceive as “reality” is our interpretation of matter which has been shaped by the imperatives of the social order.

For example, in a capitalist society, a fact can deviate from material reality because an institution which specializes in the fact is influenced by the interests of the ruling class. For example, industrial waste material can be dumped as a harmless substance.  The effect of the lie increases progressively against the oppressed people since the profits are made with the expense of those who are exploited and subjugated by the lie.  People suffer from the erroneous information but to different degrees.  Those who suffer the most are subjected to the most strict measures, while those who exploit and subjugate can change the measures according to their needs while being well equipped to face material hardships.

Social institutions under capitalism always have the risk of failing since experts’ opinions are necessary to understand a complicated fact.  People with bigger platforms can simply dominate the fact because people don’t have the time and resources to examine the fact.  A louder opinion can simply get its way.  The economic hierarchy ensures that those who have dire interests in getting the fact right can not get it right.

Now, this mechanism also works vertically. Different institutions are affected differently by the false fact. A fact twisted by the special interests creates conflicts among institutions. This creates conflicts among the people.  However, the degree of the divisions get narrower and narrower as it gets closer to the level of the ruling class, where the lie can create broader benefits to the already wealthy and powerful people as they have the ability to access all moneyed institutions in creating “reality” that serves them.  Dangerous policy, dangerous substance, dangerous practice and so on affect those who do not have the means to avoid them, while they can be part of enacting lucrative business schemes for the ruling class.  We are put against each other in artificially scarce material conditions where we compete and form hierarchy based on the imperatives imposed by the capitalist framework, instead of according to the material facts.

A few major things happen from the lie. First, the ruling class succeeds in profiting from the exploitation and subjugation and/or succeeds in preserving the capitalist hierarchy. Second, the lie creates divisions among the oppressed.  Third, the lie requires more lies to cover it up, depriving people’s ability to relate to themselves, to each other and to nature according to material reality.

The dynamic repeats itself in many ways, creating a false reality in which misinformation, disinformation and propaganda merge with facts as institutions are manipulated to serve the interests of the ruling class while the rest of the people are divided, confused and disempowered. The Founding Fathers of the US probably knew this mechanism very well when they installed “separation of powers” within the US government.  The separation would effectively institutionalize the mechanism, ensuring that the interests of the people are checked and balanced by the ruling class which can have access to all branches of the government.

Moneyed social institutions as well as some “dissidents” and “community activists” can function as a crucial part of the capitalist hierarchy, maintaining and perpetuating the system regardless of their intentions. First, those who neglect to reveal the aims of the ruling class by solely pointing out criminal acts and refusing to recognize the mechanism of exploitation distract the people from what is really happening.  Second, those who refuse to see the structural mechanism of exploitation within the capitalist hierarchy can end up protecting their own positions at the expense of the people at the bottom while serving the ruling class.  Third, those who fail to recognize the lies or actively repeat them help facts to be subordinated to the capitalist framework while destroying the credibility and integrity of the social institutions, leading to destabilization of social relations—making us more susceptible to lies and manipulations.  The paralyzed state can be utilized in further privatizing the institutions, resulting in more extensive domestication of humanity and nature.

These are only a few examples of how seemingly constructive social dynamics within the capitalist hierarchy can function to prop up the capitalist  hierarchy. The risk of people truly recognizing the nature of the capitalist hierarchy, armed with experts and unity, is real as we observe instances of socialist revolutions across the globe. Capitalist institutions carefully accommodate those people who do not pose fundamental threats to the capitalist framework in maintaining the social structure that serves them.

Some may wonder, if the system is so fascistic and draconian, why it would allow “dissidents” to play a role in the social structure at all.  It is because an authoritarian structure with commands, decrees, and rigid rules and their punitive consequences can not cultivate active social relations to prop itself up.  Human minds can not free the potential of creativity to do so under such conditions .  Just enough freedom to move within the cage is necessary for the capitalist hierarchy.  Also, without allowing some degree of “freedom” within its framework, some people might establish communities with a true sense of freedom within the social structure, which can pose a threat to the system. For this reason, the illusion of safety and freedom are allowed within the capitalist framework.  Within this environment, people engage in creative activities, the exchange of ideas and products, and the rest of the daily routines.  These activities are guided by moneyed social institutions ensuring that the boundaries are set to perpetuate the capitalist framework.  Governmental organizations, media, culture organizations, NGOs and so on play significant roles in ensuring that the subject population are domesticated within the framework.

Those organizations’ roles center on a moment by moment maintenance of the capitalist hierarchy.  But they also curate acceptable “crises” within the structure in order to shift the direction of exploitation and subjugation in combatting unavoidable cyclical economic downturns (they are structurally unavoidable), and to continue deepening their colonization of humanity and nature.  A country defying the capitalist hegemony might be called “a deadly threat to humanity” before bombs rain on its people.  Population growth in certain countries might be termed “population bomb” before an assortment of colonial measures are implemented against them.  The issues that generate profits and help augment the capitalist framework are ignored, or normalized no matter how enormous they are—cancer epidemic, drug epidemic, mass incarceration and so on and so forth, until the momentum to fight them becomes useful in perpetuating the capitalist hierarchy.

However, despite the efforts by the ruling class to construct the invisible prison for all, our creative energy can occasionally escape the artificial boundaries set by the capitalist domination.  And some individuals could manage to garner the support of a broader population.  However, they would be smeared by media, be attacked by various social institutions, or even be killed by government agencies.  The element of fear is crucial in preventing our creative energy from going beyond the capitalist cage.

Fear of unknown must have been an essential perception of ours from the beginning of our species.  Our efforts in understanding ourselves and our surroundings stem from it. Our sense of reverence toward nature, spirituality and so on stems from its mystery and unimaginable depth.  The momentum to dominate by accumulation of wealth confronts fear of the unknown with its brute force.  When capitalists destroy a pristine forest filled with wild lives and their intricate system, they destroy and colonize the natural environment while stealing the fear of unknown. When capitalists destroy cultures and traditions and replace them with a capitalist market, they destroy what they can’t steal in order to play God of Money.

A protection racket scheme works the best when the service provider appears to be capable of inflicting the very violence that you wish to avoid.  9/11 is an embodiment of such a shady marketing strategy.

We are told what happened.