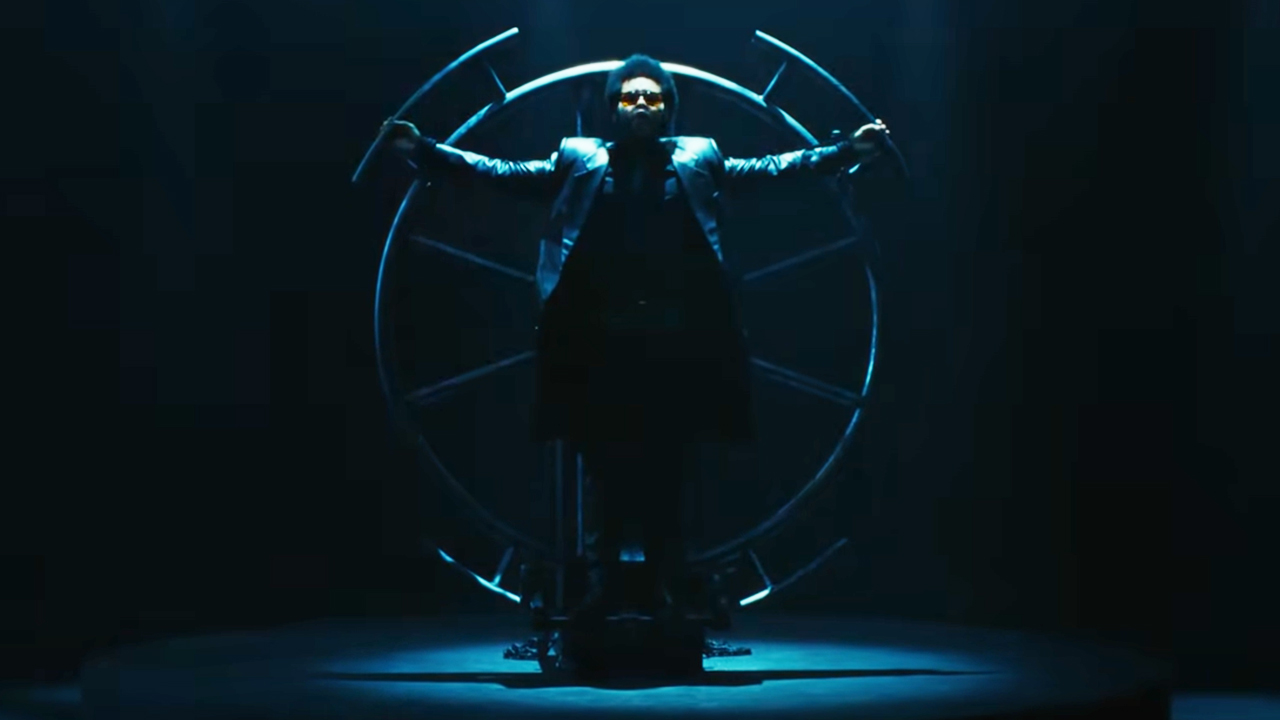 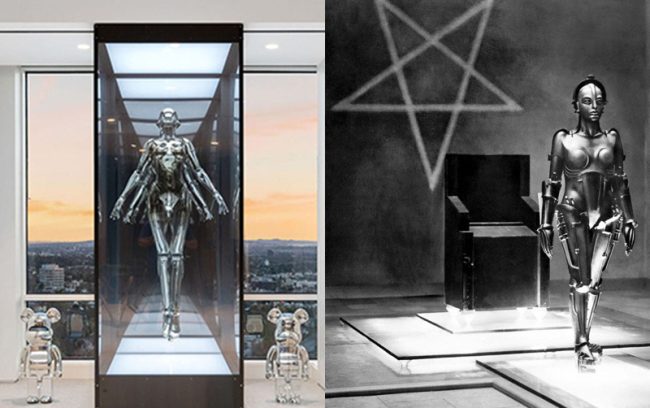 The Weeknd’s condo contains interesting items such as this android thing that is clearly inspired by Maria from the movie Metropolis (which is revered by the occult elite).

Seriously, The Weeknd is a BIG DEAL. And he knows it. Five years ago, he celebrated the fact that he was a BIG DEAL with the song Starboy where he poignantly sings: “I’m motherf*cking starboy”. More importantly, the video symbolically depicted his ascension to a higher level in the music industry.

As an ultimate confirmation of his superstardom, The Weeknd performed at the 2021 Super Bowl halftime show – the biggest televised event of the year. And that was all very symbolic as well.

While we all know that The Weeknd is a BIG DEAL, there’s an important theme in nearly all of his works: Fame a fortune comes with a great price. His new album Dawn FM continues with the same narrative. 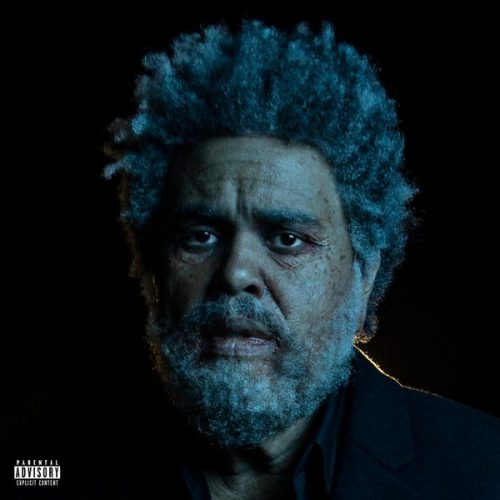 Why is The Weeknd old on the Dawn FM album cover? You’ll soon understand.

The concept behind Dawn FM is described as “listening to a retro-pop radio station while in purgatory”. Throughout the album, a radio DJ (voiced by actor Jim Carey) guides The Weeknd (and the listeners) towards “the light”, which might refer to death. Although that’s already a grim concept, “the light” might actually be something else.

The first video from that album, titled Sacrifice, clearly indicates that there’s a dark spiritual meaning behind the album.

Seriously, that video is basically VC 101. I mean, the name itself says it all: It’s all about sacrificing one’s soul to the occult elite. Some might say:

“You reaching bro, it’s about him not willing to sacrifice his independence when he’s in a relationship”.

Bro, check out the video and please tell me what part is about a relationship.

The video begins by introducing the concept behind Dawn FM. As The Weeknd stands in a dark room, we hear the radio DJ say:

“You are now listening to 103.5 Dawn FM. You’ve been in the dark for way too long. It’s time to walk into the light and accept your fate with open arms. Scared? Don’t worry. We’ll be here to hold your hand and guide you through this painless transition. But what’s the rush? Just relax and enjoy another hour of commercial-free music on 103.5 Dawn FM.”

Blinded by a powerful light, The Weeknd makes a one-eye sign.

There’s some heavy Luciferian symbolism going on here. First, Lucifer is known as the “son of the dawn” in the Bible and various mythologies. Also, the word Lucifer literally means “light-bringer” in Latin. This is because Lucifer is esoterically associated with the planet Venus, the star seen at dawn.

Ancient Romans spoke Latin and knew Venus as the Morning Star by its Latin name, Lucifer (Light Bringer). In their mythology, Lucifer carried a torch and announced the dawn. To the Romans, Lucifer was sacred to the goddess Venus, the name that was later chosen as the scientific name for the planet.
– Nightsky Tourist, Venus: The Planet with Two Names

So, when DJ Jim Carey (from the station Dawn FM) tells The Weeknd to “walk into the light”, we are deep in Luciferian symbolism. This is not about physical death, this is about spiritual death and rebirth – the goal of occult initiations. This is confirmed by the fact that Carey also says “you’ve been in the dark for way too long”.

Another element that hints at Sacrifice being about occult initiation: The REST OF THE ENTIRE VIDEO.

The Weeknd is forcibly carried by a group of people wearing black hoods. That’s usually not good.

He is then strapped to a circular contraption and it is raised on a “stage” for all to see.

This scene is basically The Weeknd getting crucified. We are witnessing a satanic black mass where Christian rites and symbols are twisted, mocked and desecrated.

Among the black robes, a red hooded figure emerges.

I’ve been analyzing music videos since 2009 and I’ve always stressed the fact that many of them are secretly deeply ritualistic. Today, videos are all-out rituals, they’re no hiding it anymore. Furthermore, I’ve always highlighted the all-important color code in these videos where red represents sacrifice during initiation. Well, in this video called Sacrifice, The Weeknd gets “initiated” by a red hooded figure.

And that initiation doesn’t seem pleasant at all.

The red-hooded figure approaches The Weeknd and extracts something out of The Weeknd.

Considering the occult context of the video, that red figure probably extracted The Weeknd’s soul or life force. And that’s exactly what is required to make it big in the music industry. 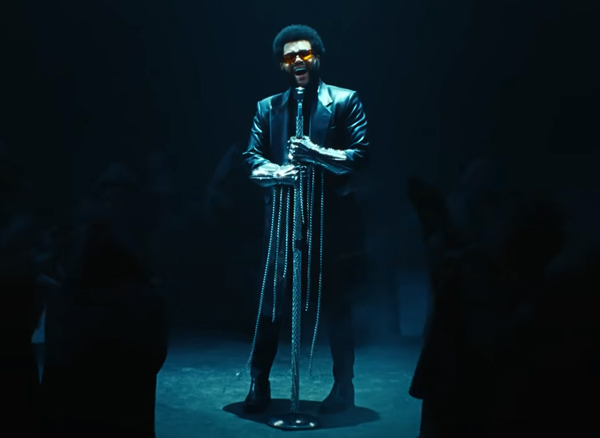 After the ritual, The Weeknd performs for the hooded figures while he’s literally chained to the mic stand. This is a perfect way of representing slavery to the music industry.

Then, the red-hooded figure is revealed.