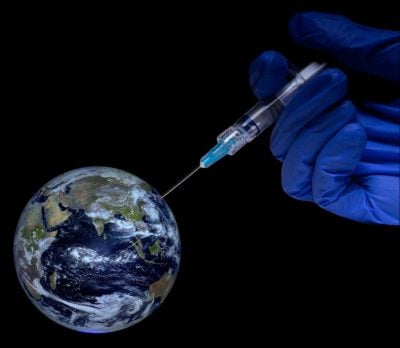 Yes, it’s difficult to fathom. But eventually we must, otherwise humanity will sink deep into a hole of no return. The so-called Omicron “variant’ made a sudden appearance, out of nowhere, to eventually put the origin conveniently into southern Africa, where nobody wants to dig and trace to find out the truth. So, it’s made hard to find the spot where it was born.

Yet it was invented just in time for Christmas. It will allow lockdowns, or semi-lockdowns, social distancing, separating families on the western world’s most revered Holiday – it will make people sad, some angry, but most of the people will be again more intimidated, more scared – scared in like – what’s next? – But they will follow orders. They will have given in a notch further. They will have become an inch closer to full capitulation and submission to a coming tyranny. Mind you, tyranny is already upon us, but not all have realized it yet.

The vaxxed will blame the unvaxxed, and the societal separation; the social division within countries, withing groups of acquaintances, within friends even within families will continue. It’s the thousands-of-years old axiom, ‘divide to conquer’.

To stop the “dangerous and contagious” Omicron from spreading uncontrolled and filling hospital beds to unmanageable levels, the Netherlands has just decreed a total lockdown until 14 January 2022, as reported by the Spanish newspaper “El Pais”

This means, the Dutch government has decreed a strict confinement, starting on Sunday 19 December at 5 AM, to last until 14 January 2022.

All hotels, restaurants cultural events, all non-essential shops, sports events, gyms are locked down and / or canceled. Families can receive only 2 adults above the age of 13 during the holidays.

All the drama juices have to be squeezed out of Omicron. It’s a last chance to oppress people, to make them believe what is not.

It is amazing how obedient the populace is, and how they believe in these lies which are become increasingly more obvious as the narrative makes less and less sense, actually contradicts itself. But people still prefer not to open their eyes.

Curfew and obedience are more convenient than opposition and seeking the truth.

And the truth is right in front of our eyes. There are so many contradictions right in front of us, we see them, we laugh at them, yet we follow them – by the letter. Yes, it’s convenient. “Yes”, we say, “all this will go away”. No, it won’t go away. We were not born to claim our comfort as our God-given right. Lest we have forgotten, we have to fight for our freedom.

If “they” – the obscure beasts behind the WEF, the WHO, the Gates, the Rockefellers, et al – succeed once more in bringing the world into lockdown, it will most likely be the last time. As people shall rise – they shall rise way above the level of authority that imposes tyranny and dictatorship based on nothing, but on control, on their desire to destroy everything, meaning the current economy, the livelihoods of billions of people and to grab the assets made free by countless bankruptcies for themselves, the small elite.

What about the Cyber Polygon?

A polygon, in geometry, is a closed curve consisting of a set of line segments (sides) connected such that no two segments cross. The simplest polygons are triangles (three sides), quadrilaterals (four sides), and pentagons (five sides.

In the case of the World Economic Forum (WEF), the term polygon is used for a cyber pandemic simulation which took place in July 2021 as a virtual event. It was what they call a training exercise for what may come, according to Klaus Schwab, namely:

“A Frightening scenario of a comprehensive cyber-attack [that] could bring a complete halt to the power supply, transportation, hospital services, our society as a whole. The COVID-19 crisis would be seen in this respect as a small disturbance in comparison to a major cyberattack.”

See this quoted in the full article by Michel Chossudovsky entitled:

Towards Another Devastating Worldwide Crisis? The WEF’s “Cyber Attack With Covid-like Characteristics”. Paralysis of the Power Supply, Communications, Transportation? 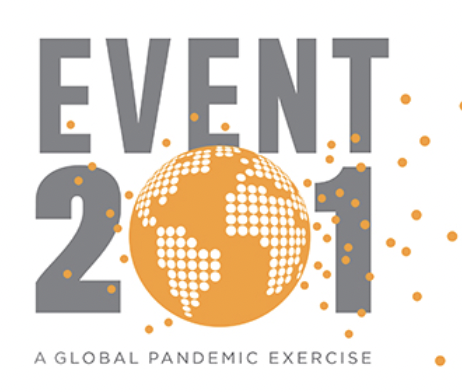 It sounds very much like the simulation Event 201 of October 18, 2019 that took place in NYC, was also sponsored by the WEF and the Bill and Melinda Gates Foundation. It prepared the world for what was to become, namely, the SARS-CoV-2, renamed by WHO into Covid 19. It has so far destroyed the economy like no other event, either natural or man-made, in recent history.

The Cyber Polygon would do even more and even faster. That’s their plan. It would virtually bring the key elements of the economy to a halt and shift remaining resources to the top. It would also cause unspeakable suffering for hundreds of millions, for billions of people, especially when it will take place in the northern winter months, with food supply chains interrupted, heating system breaking down – poverty, cold, famine – plenty of reasons for people to die, those who so far have escaped the poisonous mRNA vaxxes.

This may well be the plan.

Do we the people have time and the will power to wake up, stand up and prevent the polygon cyber-attack?

Does Klaus Schwab and those above him, who control and direct the WEF, actually know that their narrative is becoming ever more controversial, ever more contradictory within their own ranks? They may.

They also may not care. 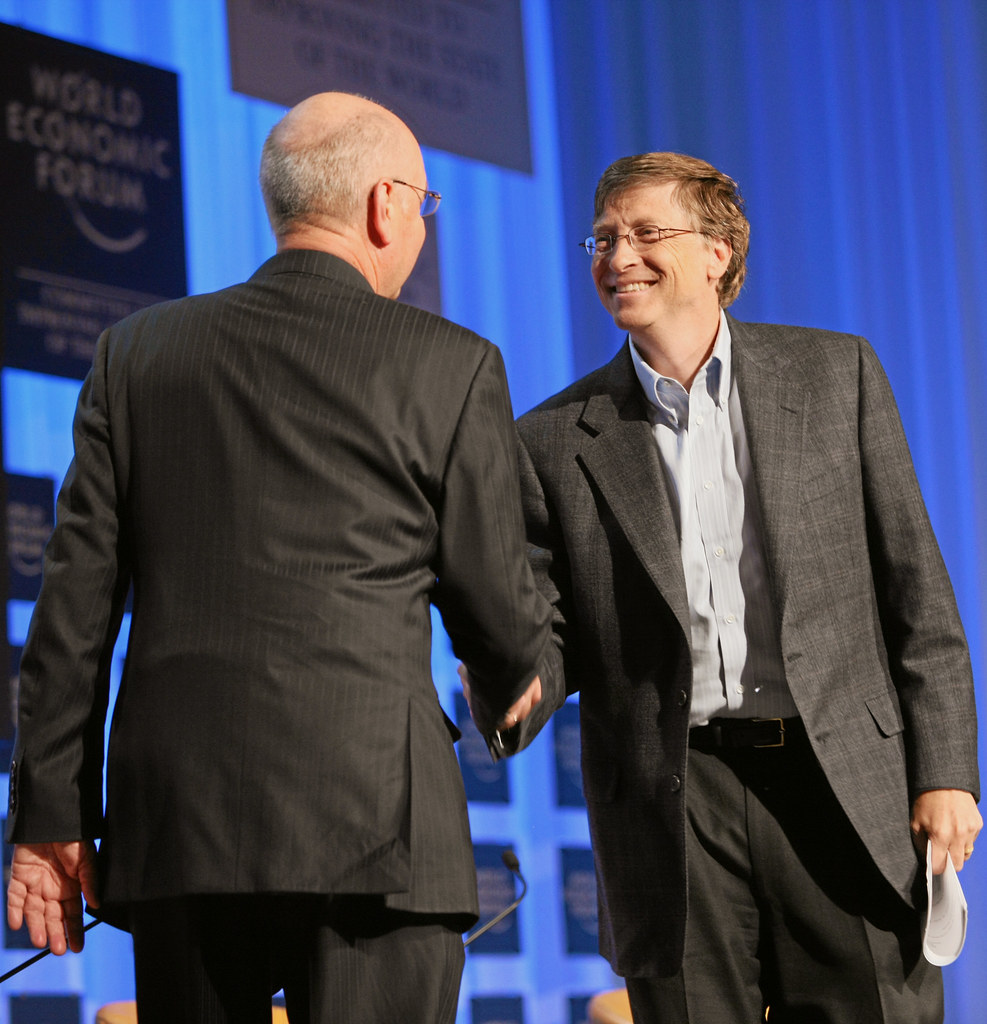 As Bill Gates once said, years ago – and I’m paraphrasing – “Even if I’m gone, there will be someone else stepping into my shoes. The system is so well established and in place, there will be no vacuum left open”.

The same applies most likely also to Klaus Schwab and many of those visible evil spirited people.

Part of the cult game they have to play is “visibility”. They have to basically tell the people, look this is what we are gonna do.

In order to succeed, hey have to launch the spell for people to see. What they see is so unbelievable, they won’t believe it. But the satanic cult has fulfilled its duty.

Covid-Awakening: “It takes only 5% of the population to start a revolution”

I believe the covid-awakened around the globe make up well above 20% to 30% of the population – a conservative guess – all we need to manage is to connect them in solidarity with the entire 8 billion population of Planet Earth.

And to organize them. And to make sure that those who specialize in “divide to conquer”, are neutralized, have no chance.

Who may bring us together to fight on a common front?

Dr. Reiner Fuellmich has been a pioneer in pursuing justice by what he calls the pursuit of a Nuremberg 2.0 Process.

That reminds of the Nuremberg Process, the real one, that lasted about a year, just after WWII (1946-47)

Today’s state of the world – a WWIII scenario – even without tanks, guns and nuclear bombs, warrants another Nuremberg tribunal – Nuremberg 2.0 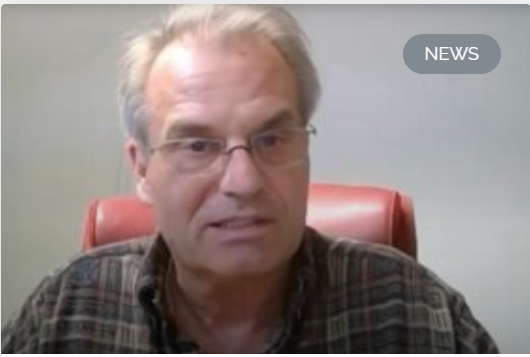 Attorney Reiner Fuellmich on Nuremberg 2.0: Justice will Not Come Through the Courts but by the People Rising Up.

Dr. Fuellmich recently revealed much of what his Corona Investigative Committee has found in a meeting in Poland, and he made clear, similarly of what many analysts have said for months – the judicial system is owned, run and controlled by the Globalists, and justice will not be found in today’s courts, whether it is Germany, Switzerland, France, Austria – the entire European Union or the US of A., or most any other country of the world.

“The only way to end this is by the people rising up and telling the authorities that this is the end of the line.”

“It is not the courts of law. The courts of law, maybe we can use them to clean things up. But I am afraid that they are not even good for that. Because they are so infiltrated by the other side that we’re going to have to setup a whole new judicial system.”

The original Nuremberg trials after WWII did NOT bring justice against the Globalists who funded both sides of the war, as the rich leaders of corporations like IBM, Ford and Rockefeller’s Standard Oil, were never tried, let alone convicted for their crimes against humanity that allowed Hitler and Nazism to rise to power. They were largely responsible for the more than 80 million war, or war-related deaths.

Some of the Nazi doctors who were just “following orders” were tried, convicted, and executed, but the ones giving the orders were not.

If you haven’t seen “Judgement at Nuremberg”, an excellent 1961 courtroom movie, with a stellar occupation, including Maximilian Schell’s Academy Award winning performance for his role as the German Defense Attorney, it is well worth watching.

Attorney in Hollywood’s presentation of the original Nuremberg Trials, it is well worth a look, as it seems to be pretty close to what was actually said during the trials.