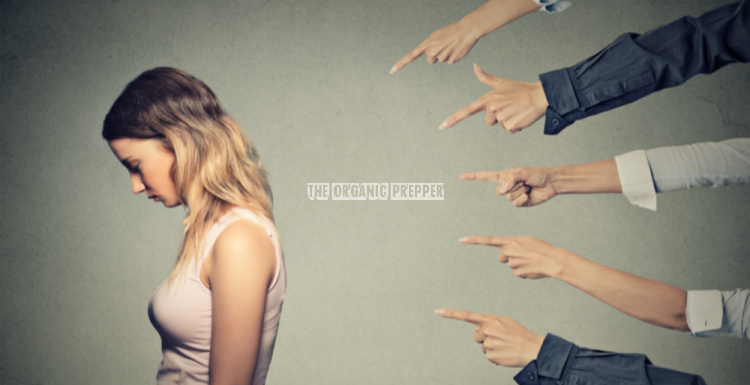 This is the question you need to be asking yourself as you monitor the world around you, taking stock of what it is that you are seeing, and making logical deductions with the data you have coming in.

What happens when the world around you is stating that it is alright to take away your children? What happens when it decides it is morally permissible to drag you from your home and take you away to a “designated facilit[y] or locations if they refuse to get” the jab? What happens when people believe you should be forcibly imprisoned in your own home?

While this may sound crazy, this is where we are at.

A recent study from the Heartland Institute and Rasmussen Reports has found just that, as on January 5, 2022, they conducted a telephone and online survey of 1016 US “Likely Voters” to determine if they could get a sampling of where Americans stood on these issues.

This is what they found:

Thoughts on these numbers by the Heartland Institute and Rasmussen…

We’re now witnessing the beginnings of a supply chain disruption that is (a large part of that which is) absolutely wrecking American economy. It’s not the only factor, but it is most certainly undeniable. When workers go the way of John Galt, what else can we expect?

And people are ok with this! People are ok with the notion of forcibly pushing their will onto somebody else in order for them to earn a living. Imagine the idea of telling somebody you had the right to name their firstborn son if they wanted to keep working at your store.

(Check out our free QUICKSTART Guide on how to prepare your food stores, so you can still eat.)

“You want to work here? That means your spouse must report to the Government Love Facility at least once a month, to improve the fertility of our nation. She will be assigned a partner when there.”

This is absolutely insane!

And yet, that is where we are at.

What about the fines?

Is it not odd that “conspiracy theorists” predicted the criminalization of the unjabbed over a year ago, and now that is not only what we are seeing around the world, but we’re now seeing it advocated for within the “Land of the Free” as well? If people are falsely led into believing that such an idea can mesh with the US Constitution or human rights, what will not be?

And do not forget we have people who are more than happy for us to push further than unjust fines as well. We have people who are actually willing to imprison you over this. Perhaps it is through house arrest (as mentioned in the study). Perhaps it is through your typical jail. Or perhaps it’s landing armed men at your front door who will take you to “temporarily live in designated facilities?”