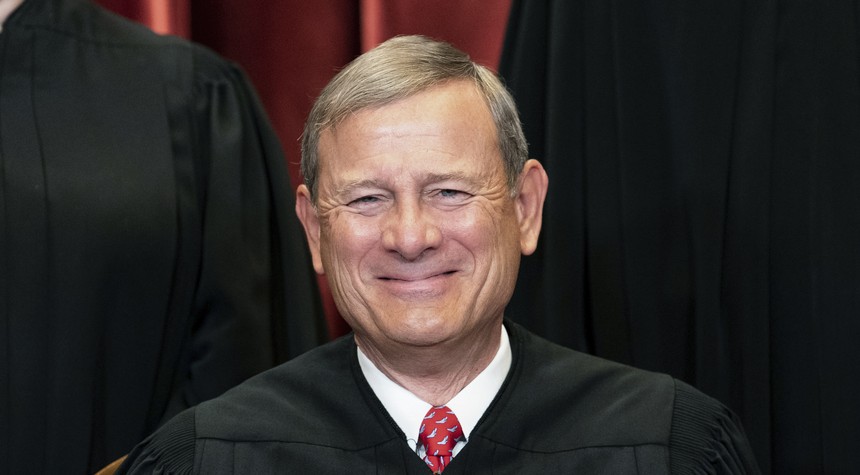 Joe Biden’s vaccine mandate for companies with 100 or more employees officially went into effect on Monday and companies are scrambling to figure out how to force employees to comply. Meanwhile, the Supreme Court is sitting on its hands, refusing to rule, and compelling employers to enforce Biden’s totalitarian mandate.

On December 15, 2021 a three-judge panel for the U.S. Court of Appeals for the Fifth Circuit ruled that the lower Louisiana federal court only had the authority to block the mandate in the 14 states that had actually filed suit. The following day, a federal court in Texas granted a preliminary injunction to enjoin CMS from enforcing is vaccine mandate in Texas. Thus, the CMS mandate has been blocked from enforcement in 25 states but remains in effect in the remaining 25 states, including Michigan. On December 28, 2021, the CMS updated its FAQs indicating it is moving forward with implementation of the CMS in the 25 states not subject to the Stay and modified its compliance timeline to January 27, 2022 for phase one and February 28, 2022 for phase two. See External FAQ IFC-6 Guidance Memo 12 28 21 226 (508 Compliant).

The U.S. government applied to the Supreme Court asking for a nationwide stay of the injunctions issued by the lower federal courts, pending full review by the lower Circuit courts. The Supreme Court granted the request and also held an emergency hearing on the CMS Rule this past Friday, January 7, 2022.

Since then, the court has been silent—negligently so.

On Monday, most of the provisions of the Emergency Temporary Standard (ETS) went into effect, with the exception of the testing requirement for unvaccinated employees, which has been delayed until Feb. 9. Employers across the county, terrified of running afoul of OSHA, are demanding employee vaccination information and warning those who refuse that they will be treated just like the filthy, unwashed, unvaxxed. Those employees will be required to submit to a weekly COVID test if they want to continue to feed their families.

Not long after Biden issued the ETS, Chief of Staff Ron Klain said the quiet part out loud when he retweeted MSNBC anchor Stephanie Ruhle’s post that said, “OSHA doing this vaxx mandate as an emergency workplace safety rule is an ultimate work-around for the Federal govt to require vaccinations.”

In other words, Biden knew the nation’s first-ever national vaccine mandate was likely unconstitutional, but he didn’t care. He knew employers would have no choice but to begin to implement compliance measures while the ETS was tangled up in the courts.

It appears that Biden has succeeded in running out the clock. The Supreme Court could have ruled that the lower courts’ stays on the mandate should continue, and yet here we are three days after the rules went into effect and justices remain silent, leaving employers with only two choices: comply with the mandate or defy OSHA, which wields enormous power and hovers like the sword of Damocles over their businesses.

The justices are in effect doing Biden’s dirty work by allowing the clock to expire. Perhaps they’re reasoning that if they drag this thing on long enough, the vaccine refuseniks will shut up and finally do what they’re told. What other explanation could there be? The left-wing justices on the bench were nearly apoplectic when discussing the COVID pandemic, even going so far as to wildly exaggerate statistics about the current situation in hospitals and to spew disinformation about who can spread the virus (hint: it’s not just the filthy, unwashed, unvaxxed). Justices Sonia Sotomayor and Steven Breyer sounded like talking heads from MSNBC and the OMGHAIRONFIRE networks. If they had their way, unvaccinated Americans would be sent to gulags.

The court of last resort’s delay in ruling on the ETS is unconscionable. The livelihoods of millions of Americans are on the line. Hundreds of businesses that will not be able to afford the astronomical costs of implementing the mandate—or will close their doors because they think it’s not worth the hassle—are now at risk while the Court dithers and dawdles and refuses to sort this sordid, unconstitutional mess out.