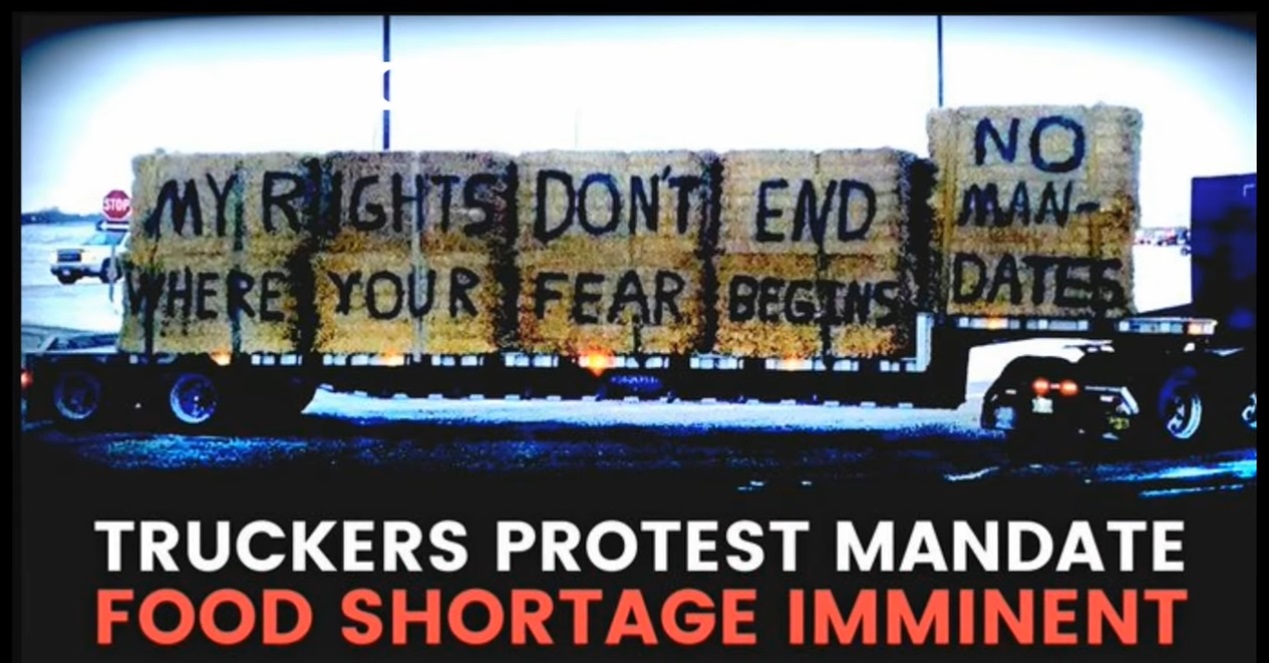 The business section of the Toronto Star has an appropriate albeit ominous headline for Canadians today:

“Brace for impact: Our supply chain is about to take a further hit, and we’ll all feel it“

The news couldn’t come at a worse time considering that Canada is feeling the biggest increase in food inflation in the past 30 years.  Yeah, for American’s it is a bad situation, but for those north of the border it’s even worse. 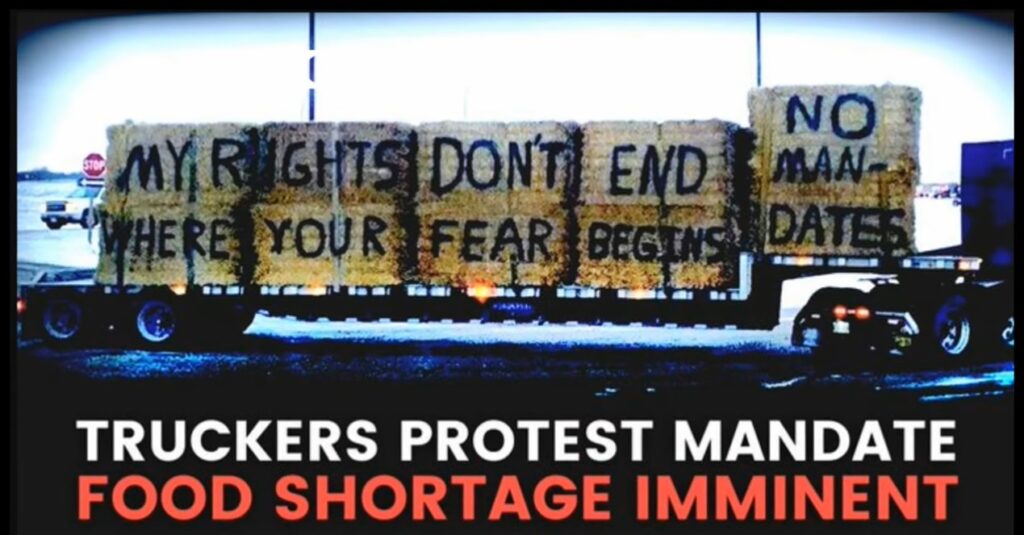 The truckers north of the border are planning a major protest to draw the attention of Canadian citizens who continue to keep their head buried. #TruckersForFreedom.   What they are trying to avoid, is soon to be unavoidable.

(MSM, CANADA) – In Canada, where as much as 90% of the country’s fruits and vegetables come from the US during the winter, a vaccine mandate for truckers is slowing down food shipments. Drivers who aren’t fully vaccinated against covid-19 have to quarantine for two weeks after entering Canada. Just about half of US truckers are vaccinated, according to industry estimates.

Vaccination rates among Canadian truckers are roughly in line with the national average, which is in the 83% to 87% range, according to the Canadian Trucker Alliance.

The mandate adds to the already strained supply chains in Canada, which have been subject to worker shortages, transportation bottlenecks, and recent storms. These factors are pushing up food prices globally.

The price to bring food across the border has doubled on some routes due to the scarcity of available truckers, Alex Crane, an operations manager at Paige Logistics, a freight broker in British Columbia, told Bloomberg. As a result, some shipments are just sitting in warehouses.  The US is set to impose similar rules on Jan. 22, which could worsen the cross-border food trade. (read more)

Freedom Convoy 2022 has raised over $625,000 [SEE HERE] to support a trucker protest, pay for fuel and cover the basic expenses of hundreds of truck drivers who are driving their rigs to Ottawa to rally for removal of the vaccine mandate.

The decision for Canadian truckers to meet in Ottawa to protest the vaccine mandate comes as the industry struggles with issues , such as disruptions to the supply chain and a shortage of drivers.  The federal vaccine mandate could result in a loss of 12,000 to 16,000 cross-border commercial drivers, according to the Canadian Trucking Alliance.

“THESE are the times that try men’s souls. The summer soldier and the sunshine patriot will, in this crisis, shrink from the service of their country; but he that stands it now, deserves the love and thanks of man and woman.

Tyranny, like hell, is not easily conquered; yet we have this consolation with us, that the harder the conflict, the more glorious the triumph.

What we obtain too cheap, we esteem too lightly: it is dearness only that gives everything its value. Heaven knows how to put a proper price upon its goods; and it would be strange indeed if so celestial an article as FREEDOM should not be highly rated.” 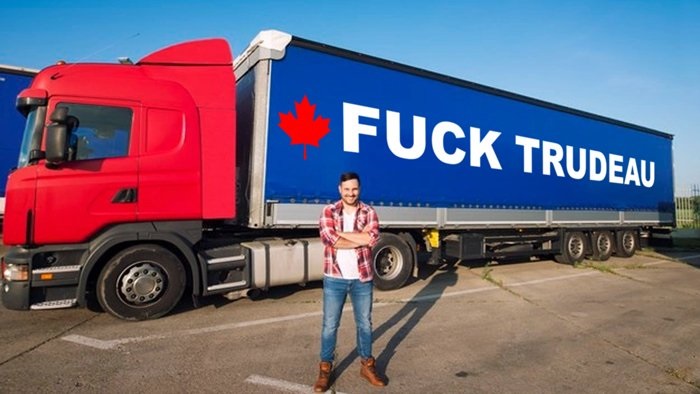