by Joel B Pollak, Breitbart: 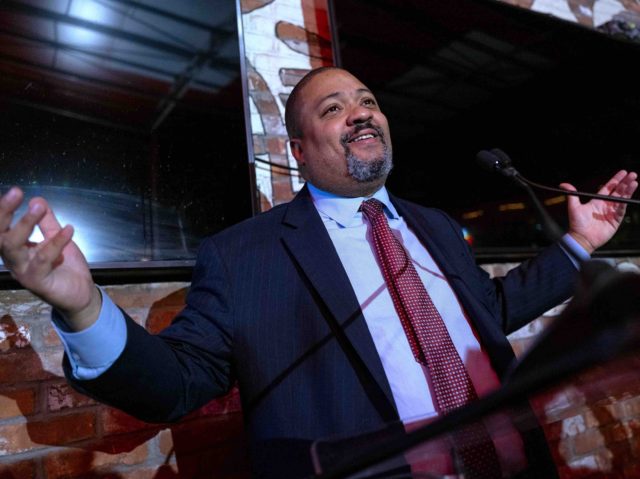 Newly-installed Manhattan District Attorney Alvin Bragg instructed staff on Monday that his office will not seek pre-trial detention or prison sentences for crimes other than homicide, public corruption, and a few other exceptional cases.

In a memorandum obtained by the local CBS News outlet, Bragg declared:

Growing up in Harlem in the 1980s, I saw every side of the criminal justice system from a young age. Before I was 21 years old, I had a gun pointed at me six times: three by police officers and three by people who were not police officers. I had a knife to my neck, a semi-automatic gun to my head, and a homicide victim on my doorstep. In my adult life, I have posted bail for family, answered the knock of the warrant squad on my door in the early morning, and watched the challenges of a loved one who was living with me after returning from incarceration. Late last year, during a stretch of multiple shootings within three blocks of my home, I had perhaps the most sobering experience of my life: seeing ––through the eyes of my children–– the aftermath of a shooting directly in front of our home, as we walked together past yellow crime scene tape, seemingly countless shell casings, and a gun, just to get home.

In large part because of these experiences, I have dedicated my career to the inextricably linked goals of safety and fairness.

There is a presumption of pre-trial non-incarceration for every case except those with charges of homicide or the death of a victim, a class B violent felony in which a deadly weapon or dangerous instrument causes serious physical injury, sex offenses in Article 130 of the Penal Law, domestic violence felonies or charges of PL § 215.50, public corruption, rackets, or major economic crimes, including any attempt to commit any such offense under Article 110 of the Penal Law. For any charge of attempt to cause serious physical injury with a dangerous instrument, ADAs must obtain the approval of an ECAB
supervisor to seek pretrial detention.

The Office will not seek a carceral sentence other than for homicide or other cases involving the death of a victim, a class B violent felony in which a deadly weapon causes serious physical injury, domestic violence felonies, sex offenses in Article 130 of the Penal Law, public corruption, rackets, or major economic crimes, including any attempt to commit any such offense under Article 110 of the Penal Law, unless required by law. For any charge of attempt to cause serious physical injury with a dangerous instrument, ADAs must obtain the approval of an ECAB supervisor to seek a carceral sentence.

Prosecutors can only request incarceration in “extraordinary circumstances” and must first receive approval from a supervisor. 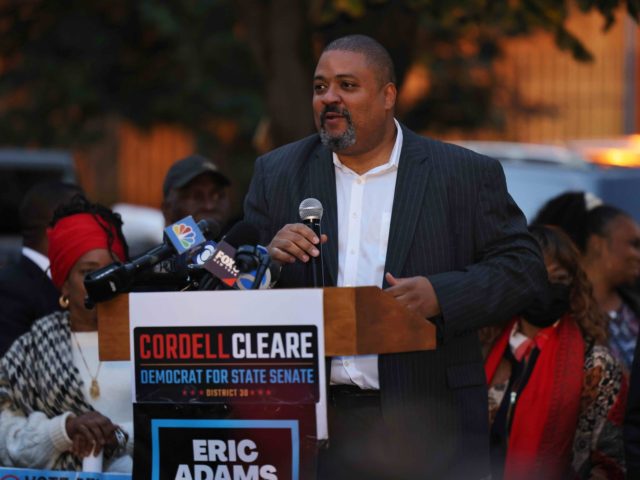 Bragg was elected in November 2021 with indirect backing from left-wing billionaire George Soros, who gave $1 million to the Color of Change PAC, which spent to elect Bragg.

Soros has spend millions in recent local prosecutorial elections, often backing left-wing radicals against incumbent or moderate Democrats. His involvement has coincided with a massive rise in violent crimes in Democrat-run cities.

New New York City Mayor Eric Adams took office Jan. 1, amid promises to stop the city’s ongoing crime surge.
But Bragg, who won a staggering 83% of the vote, has other ideas about criminal justice, though the two campaigned together.

Bragg ran a campaign centering around his pro-jailbreak agenda that seeks to end prosecutions for what he calls “minor offenses” such as marijuana misdemeanors, turnstile jumping, trespassing, driving with a suspended license, prostitution, resisting arrest for non-criminal offenses, and obstructing the work of the New York City Police Department.

Likewise, Bragg has said he will reduce “mass incarceration” by recommending no more than 20-year maximum prison sentences “absent exceptional circumstances.” Bragg, notably, plans to ensure jail release for all suspects accused of crimes in Manhattan except in homicide, assault with a deadly weapon, and felony sex crime cases.

In June, Bragg was linked to Soros after it was revealed that the far-left Color of Change PAC which endorsed his candidacy was receiving millions from the billionaire investor.

At the time, Soros had donated about $1 million to the Color of Change PAC which was spending their funds to drive up support in Manhattan for Bragg.

Numerous arrestees, some of them accused of violent crimes, were released in 2020 and 2021 in New York City as a result of state bail reforms. Some allegedly went on to commit crimes that shocked the public, such as an antisemitic attack in Brooklyn.

The White House has refused on comment on the effect that Democrats’ “criminal justice reforms” have had at the state and local level in fueling a national crime wave.