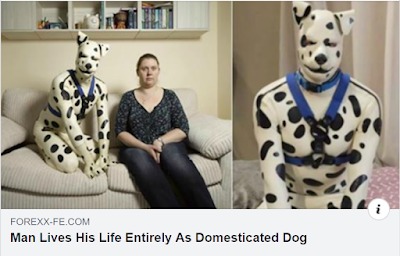 “Give me four years to teach the children and the seed I have sown will never be uprooted,” famously boasted Vladimir Lenin (TownHall)

From the “show me your papers” mandates to school students able to “identify” as whatever they want, even CATS, and teachers fired for not encouraging these delusions, with a whole lot more in between, below we take a look at the crazed world we are now living in.

The “news” we are seeing today truly makes me wonder sometimes if we literally somehow ended up in the fictional Twilight Zone.

For example, lets start with the cat thing (I don’t even know what to call it other than insanity.)

A Michigan school has now put litter boxes in the school bathroom for students that “identify” as a cat. No, this is not satire, nor a hoax, which were my first two guesses, but was revealed by a parent at a school board meeting.

Children are identifying as “furries,.”

The online dictionary definition of “furries,” and yes, actually looking up the word and finding it in the dictionary, is also a Twilight Zone moment, is described in the following manner:

It is bad enough that grown adults run around in animal costumes, but hey, live and let live. What truly disturbs me is that definition does not accurately describe the mental gymnastics one must participate to explain how we have come to a point where a child “identifies” as a cat, and actually believes they are cats born in human bodies.

The top image is an example of how utterly depraved it is to encourage this type of  mental delusions in children, rather than getting them help., lest they decide to dress and act like a dog, sleeping in cage, walking on “four legs” and eating out of dog bowls.

There is a huge difference in some weird guy wanting to be a puppy, and supporting and teaching children to “identify” as an animal, and for shows to interview men like the one above, and treat it as if it is “brave” to expose their kinks where children can be influenced by them.

Think about this…does this mean the child can simply go to the bathroom in front of everyone outside? If they allow litter boxes for those identifying as cats in school, can they also be required to feed them in cat or doggie bowls? When in the middle of class can they just bark and meow at will while a teacher is trying to actually teach?

Last but not least, who in the heck has to clean those litter boxes out?

This goes for the “identify” as another gender nonsense, as well.

For those who think the Michigan school litter boxes in bathrooms is a one-off, how about a teacher who claims she was fired because she utterly refused to “meow” back to a little boy that meowed at her, because she refused to “identify” with all the children in the classroom.

Since we are dealing with people that “identify” as something they are not, we see a “transgender” child sexual assaulter and a leftist DA that doesn’t want to throw the book at them because they are transgender, because the DA is afraid “she” (really a he) will be attacked if tried and jailed.

Daily Mail headline from January 17, 2022: Woke LA DA George Gascon says he doesn’t want to send transgender woman, 26, who sexually assaulted girl, 10, when she was 17 to adult jail over fears she’ll be attacked because of her gender identity.

Hannah Tubbs’s case has sparked anger and confusion in Los Angeles, and raised uncomfortable questions for the famously liberal DA, George Gascon, about how he deals with transgender criminals and young offenders. 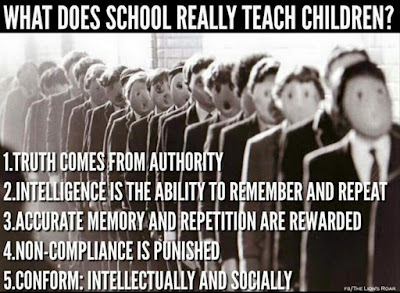 Back to the schools….and yet another reason to Homeschool your children, and/or encourage your family and friends to do so, if you want them to grow up mentally stable.

The media led by NBC News has a new concern about conservative parents, to whom they are labeling activists, because….. get this…. they want “schools to post lesson plans online,” so parents can see what public schools are teaching their children.

In the eyes of the media and liberals, “transparency” is bad because teachers may censor themselves and the materials they are indoctrinating America’s school children with.

“People are going to disagree on a lot of these issues,” said Matt Beienburg, the Goldwater Institute’s director of education policy. “Transparency is something I think that at least allows for that conversation to know what is being taught. Everybody should be able to rally around the fact that we shouldn’t be teaching something in secret.”

But teachers, their unions and free speech advocates say the proposals would excessively scrutinize daily classwork and would lead teachers to pre-emptively pull potentially contentious materials to avoid drawing criticism. Parents and legislators have already started campaigns to remove books dealing with race and gender, citing passages they find obscene, after they found out that the books were available in school libraries and classrooms.

A quick point here. We are not talking about “book burning,” or other such measures that would remove books from public libraries and such, but when it comes to children under 18 years of age, parents have the right and the responsibility to decide what level of controversial or sexual content their children are allowed to see and decide when they are ready for it.

I mean really, we wouldn’t want to see a bunch of Hustler, or Playboy magazines in a school library, so right there it is already acknowledged that “some” content should be age appropriate.

The “controversy,” is that the media, and liberals, seem to think that the schools should determine what is and is not appropriate for a child and the parent should just sit down, shut up and remain ignorant on what is being spoon fed to their children.