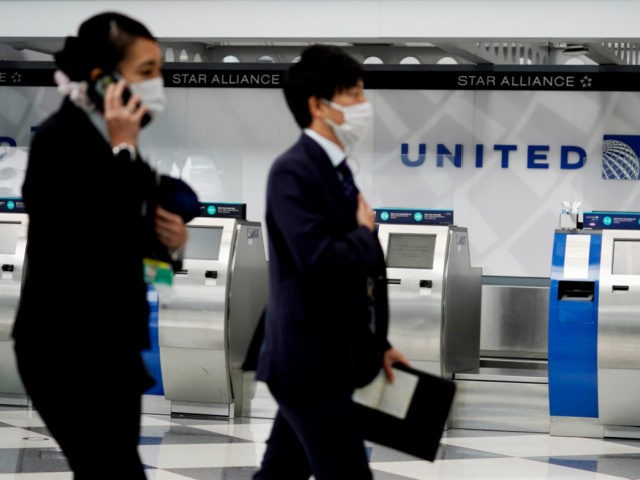 The surge in illness comes after CEO Scott Kirby instituted a vaccine mandate for all of his U.S. employees. Those who declined to get vaccinated were either fired or obtained an exemption and were subsequently placed on unpaid leave. According to the report, Kirby told employees the airline is “trimming its schedule” in order to deal with the increase in sick calls. In a memo to staff, Kirby said 3,000 workers have tested positive for coronavirus, which is “4 percent of its U.S. workforce.” The report continued:

Kirby said in a memo published on the company’s website Monday that United is “reducing our near-term schedules to make sure we have the staffing and resources to take care of customers.” A spokeswoman on Tuesday declined to say how many flights the carrier is canceling.

Several U.S. airlines combined have canceled or delayed thousands of flights since the holiday season as they grapple with a surge of omicron variant infections. CNBC reported:

JetBlue Airways was the first carrier to cut back its January schedule because of a surge in infection rates among crews, which was later followed by Alaska Airlines. American Airlines said it would do the same this week as Covid rates climbed among regional carriers.

In the memo, Kirby said, “in one day alone” at the Newark, New Jersey airport, “nearly one-third of our workforce called out sick.”

“He said that none of the carrier’s vaccinated employees, which make up more than 96% of its staff, are hospitalized and that it hasn’t had a Covid-related death among inoculated employees in eight weeks,” according to the report.

After Christmas, the airline offered triple pay for pilots to fly extra trips in January to help with the shortage.

In a Christmas Eve op-ed, co-founder of Airline Employees 4 Health Freedom Sherry Walker noted that more than 2,000 members including 349 pilots who decided against getting vaccinated are “ready to work.”

“If CEO Kirby truly wanted to do everything possible to serve you – and advance women at his airline – he would put us and our coworkers back to work today, welcoming our diversity of thought and faith so that we could get you to your destination this holiday season and beyond,” she wrote.