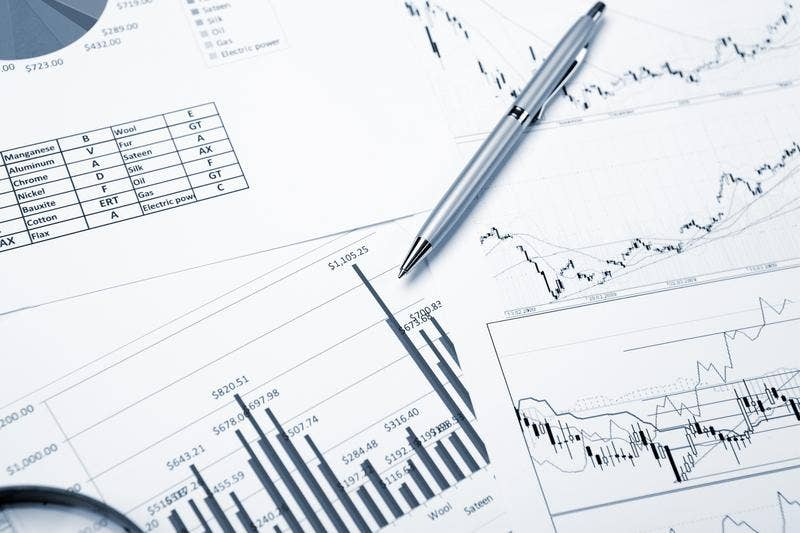 Oh, boy. Here we go again. It’s the start of a new year, and that means it’s time for another adventure in long term price forecasting. Around here we call it a “macrocast” because we figured out long ago that, in a world dominated by computers trading derivatives, if you can get the macroeconomic conditions right, you’ve got a decent shot at forecasting the gold price, too.

Well…most of the time. Our track record in these forecasts had been pretty good until 2021. The macroeconomic conditions had promoted stability for gold prices in 2017 and 2018. The Fed’s monetary policy then changed in late 2018, and this promoted positive gold prices in 2019 and 2020. Here are some summaries and links to past reports:

But 2021 was a different animal. Since June of 2020, we’ve discussed stagflation as the likely ultimate economic outcome of The Covid Crisis. We expected price inflation to accelerate, and it did. We expected nominal interest rates to remain low, and they did. We expected real interest rates to move sharply negative, and this happened, too. And with all of this in play, we expected a further rise in precious metal prices. Oops. For the first time in five years, we really blew it: 2021: A Gold Odyssey

However—and this is important—the only thing we got wrong was price. All the other macro factors were spot on. Now, of course, in the moment, price is always most important. But history has taught that price inefficiencies do not persist indefinitely, so if the macro factors continue to trend in our direction in 2022 then we must expect price to eventually adjust to the economic reality.

To that end, what are those all-important macro factors for the year ahead? Well, let’s list three of them.

Now let’s take these one by one and see if we can begin to formulate a coherent 2022 forecast.

First, let’s look at Fed policy. Again, the current forecast is for three rate hikes in 2022. Might that happen? Of course. Will it happen? I doubt it. Why? As recently as last July, The Fed was stating that there would be no fed funds rate hikes until 2023 and they weren’t even discussing yet a taper of their current QE program. So, the point is that things can change pretty fast.

Short rates are already moving up at a much faster pace than long rates, and this flattening of the yield curve is leading many to conclude that the Fed is on a path to a “policy error” that will actually lead to a recession by later this year. Well, if that’s the case, the Fed might just as easily reverse course as quickly as they did in late 2021. Is the January 2022 gold price reflecting this possibility? Nope.

Next, let’s discuss nominal interest rates, particularly on the long end. Again, many economists are forecasting rates at 3.0% (or even higher) in the year to come. Have they forgotten what happened the last time the Fed tried to get rates that high and run off their balance sheet? Below is a chart of the S&P 500 in the back half of 2018. That’s a drop of over 20% that was only halted and reversed after a Christmas Eve meeting of the President’s Working Group on Financial Markets: Mnuchin speaks with US bank executives to reassure investors after Wall Street whiplash

Additionally, like U.S. consumers, corporations, municipalities, and states, the U.S. government cannot afford higher long term interest rates. With a current total deficit nearing $30 TRILLION, the line-item cost of servicing this debt is approaching $500 BILLION/year. If nominal rates move higher toward 1.50% on the two-year and 3.0% on the ten-year, the U.S. debt service cost will move toward $1 TRILLION/year. This would only serve to spin the current Ponzi scheme even faster, and policymakers will seek to avoid this fate for as long as possible.

So, it’s pretty clear that forecasts of sharply higher nominal interest rates this year are way off base and very unlikely to be proven correct. Is the January 2022 gold price reflecting this possibility? Nope.

And finally, let’s look at inflation-adjusted or “real” interest rates. Historically, real rates have about a 95% correlation with gold prices, so it’s pretty important to get this right. In 2021, however, it was clear that “the markets” now ignore present day inflation, choosing instead to focus upon longer-term inflation expectations when calculating real rates. Let’s discuss those longer-term expectations.