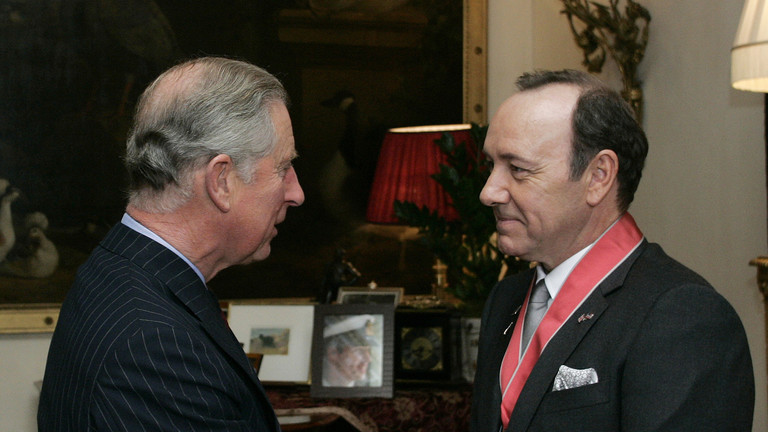 The Duke of York’s legal team allegedly wants the actor to tell a jury that recently convicted sex offender and Jeffrey Epstein “madam” Ghislaine Maxwell was Spacey’s guest – not the Prince’s – during a 2002 tour of Buckingham Palace.

Photos have circulated of Maxwell and Spacey in the palace, and the source told The Sun that while the Prince had invited the actor, it was Spacey who had invited Maxwell.

The tour was apparently arranged for former US President Bill Clinton – a figure who has also been linked to the deceased Epstein, and who was also a friend of Spacey.

The Prince reportedly planned to ask for Spacey’s help as he prepares to battle the sex-assault lawsuit filed against him by Epstein’s “sex slave” Virginia Roberts Giuffre.

Despite the existence of in a now-infamous photograph in which the Duke of York and Roberts are pictured together with Maxwell, the Prince has claimed he never met the young woman.

Roberts has claimed she was trafficked to the Prince by Epstein and forced to have sex with him three times when she was 17. She is seeking unspecified damages, thought to be millions of pounds, on charges of rape, sexual assault and battery.

The Duke of York earlier this week demanded a “trial by jury” regarding the accusations of rape and sexual assault Roberts leveled against him. Responding officially to his accuser’s claims five months ago, he rejected 41 accusations of wrongdoing – while admitting 40 times that he “lack[ed] sufficient information to admit or deny” other claims.