Gold and silver rallied this week as inflation and rising interest rates became the talking point. From last Friday, gold rose $28 to trade at $1823 this morning in Europe, and silver rose 80 cents to $23.12. Comex gold deliveries over the first three days totalled 2,744 contracts representing 8.53 tonnes. In silver, deliveries totalled 55.36 tonnes.

Gold’s technical chart is looking positive, with a base for a bullish rise appearing to have completed. This is next. 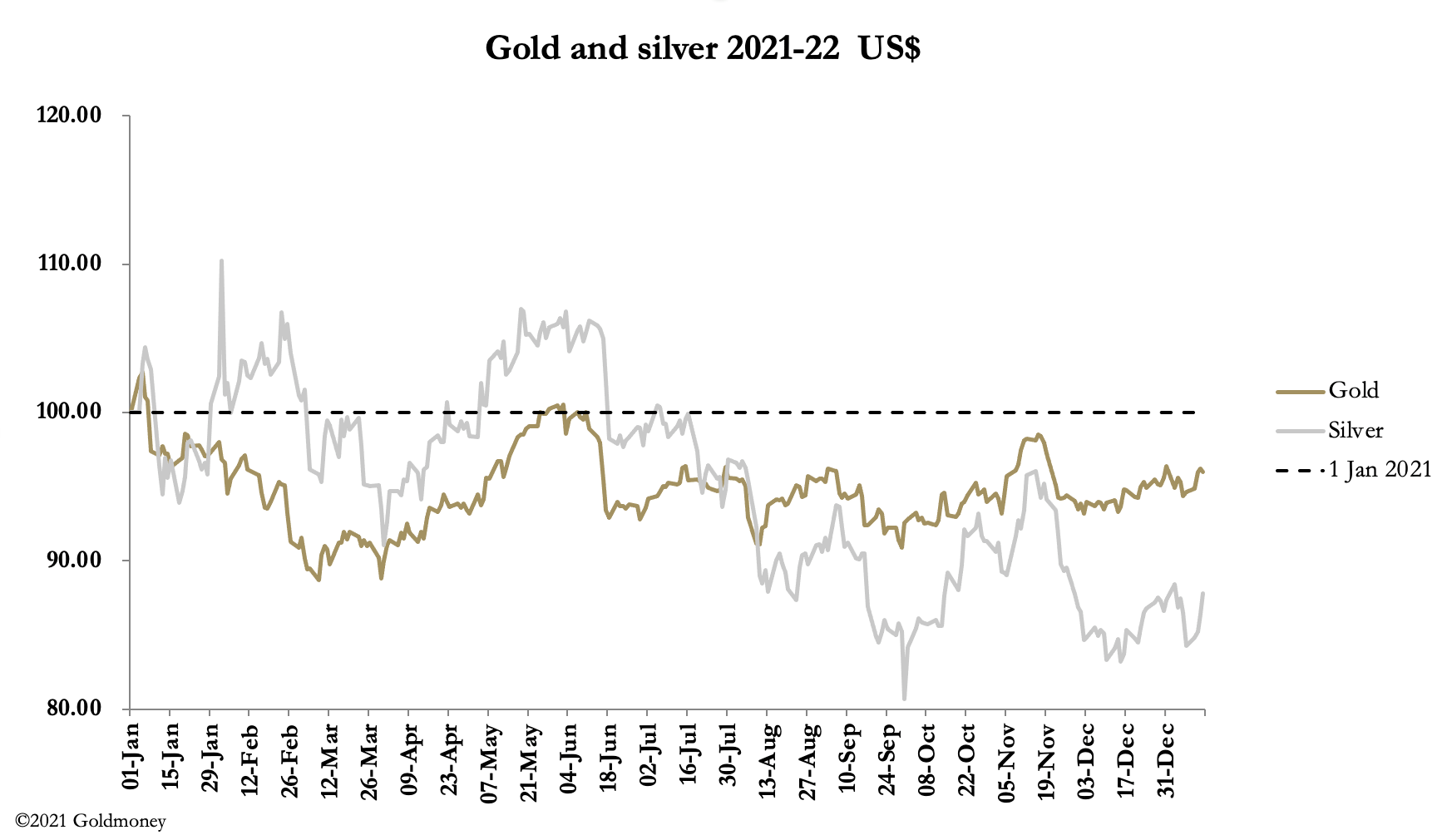 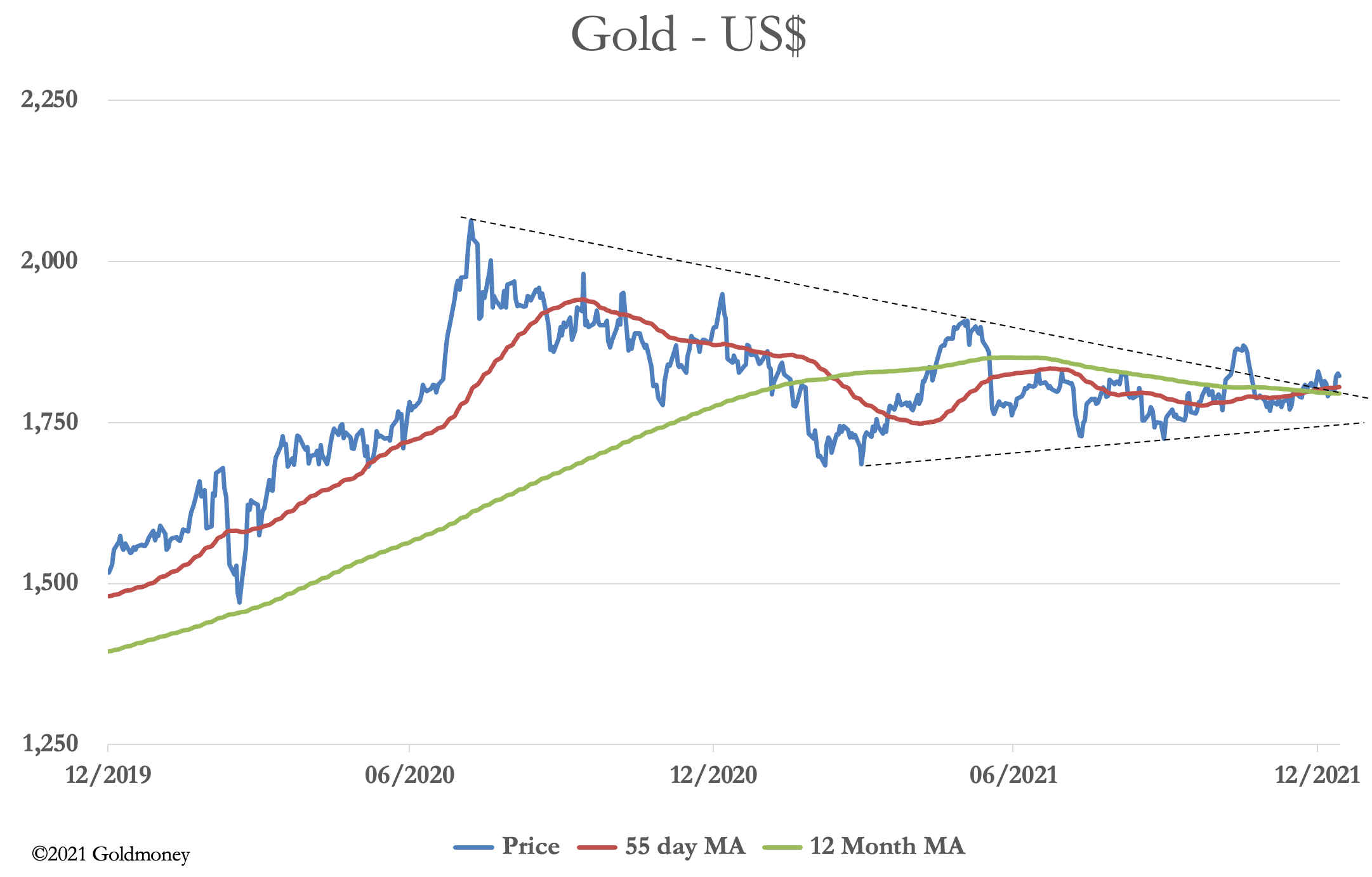 The first break above the downtrend from the peak in August 2020 occurred in early November, but this was not confirmed by the moving averages, which did not confirm. More work needed to be done, and the early stages of a breakout now appear to be in place, with the price and moving averages in the correct sequence.

As a rough guide, the longer a consolidation phase in a bull market, the greater the upside potential. The move into this major consolidation commenced in August 2018 from $1160 and ran up to $2075. A repeat of this move from $1800 implies a target price of $2,700. If the price breaks above last November’s high at $1870, that will be the confirmation needed for a bullish outlook to take hold.

This raises questions over the actions of the bullion banks, should such a bullish move occur. In the past, they have steered the gold price to ensure that losses on their short positions do not eradicate their trading profits. This involves a combination of containing open interest on Comex, along with their uncovered short positions in London’s forward market (which we can only guess at). Instead, rather like looking at the tail of the dog rather than its teeth to judge its mood, we can only go by their actions on Comex.

Our next chart illustrates the increase in open interest, which suggests that control over short positions is slipping from the bullion banks. 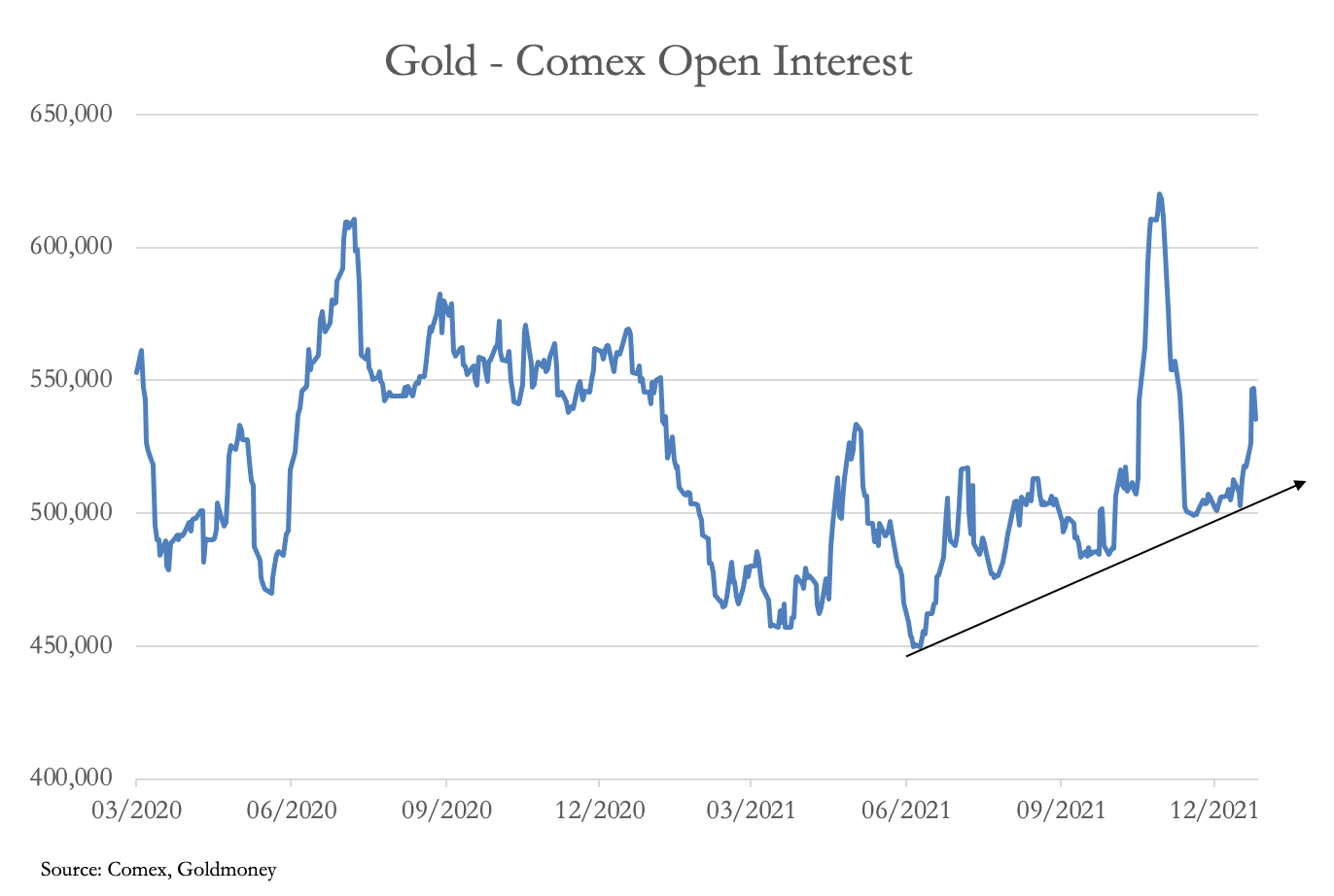 Ideally, the bullion banks would like to see open interest below 500,000 contracts. But for the last six months this objective has failed, and since early December it has begun to increase again. This move appears to confirm growing pressures for a rise in the price.

So much for the technicals. Fundamentals confirm that rising consumer prices will lead to rising interest rates. But the signals from central banks suggest that they will only raise them less than might be expected to compensate currency holders for loss of purchasing power. This is a repeat of the conditions that drove gold up from $35 to over $800 in the 1970s.

Bond markets are signalling the start of these conditions as well, as our next chart, of the US Treasury bond yield indicates. 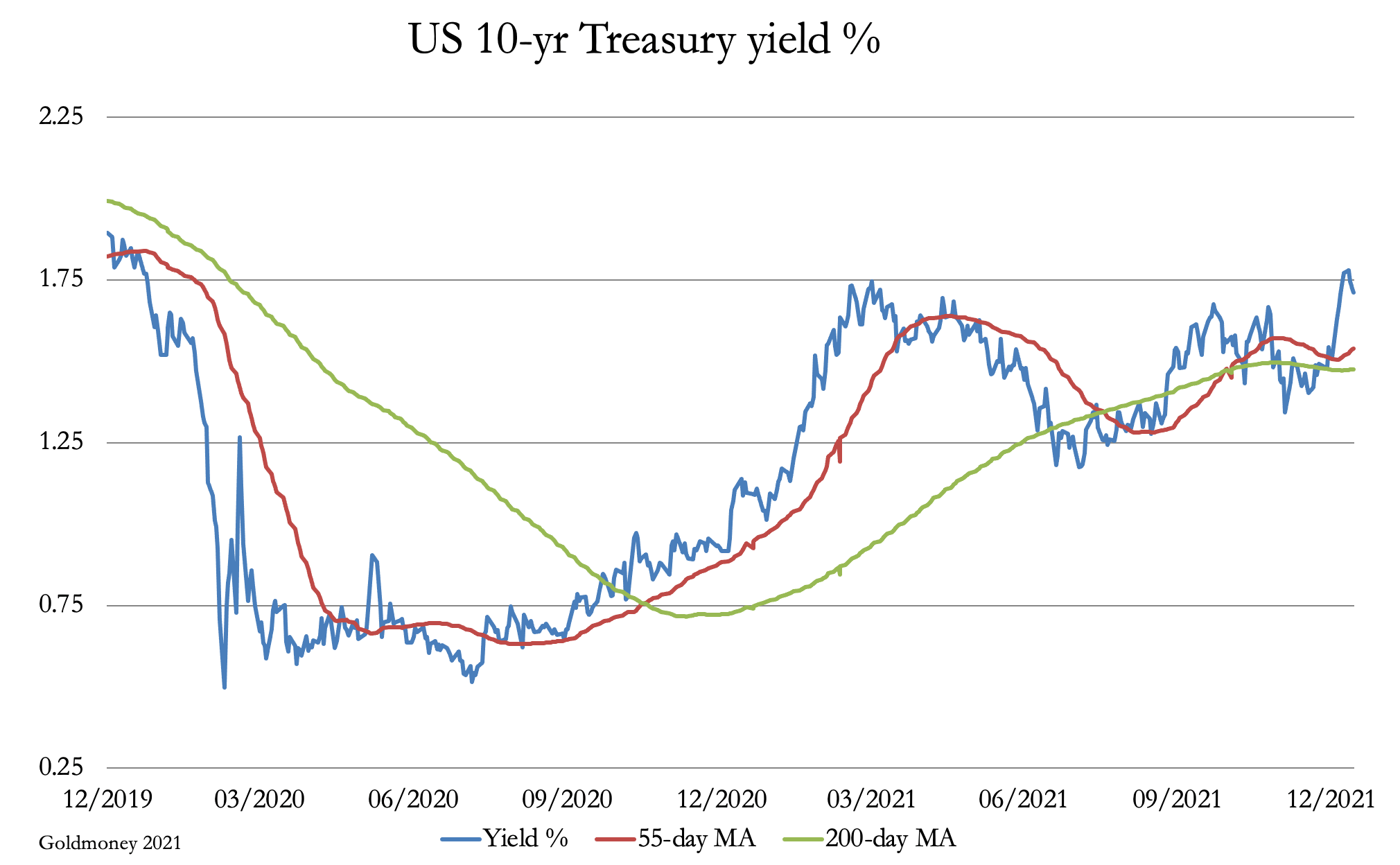 Again, this chart shows an impressive breakout to the upside and has challenged the 1.75% level. After minimal consolidation this sudden and powerful move can be expected to resume.

That being so, the bond bear market will become the conditions which confirm gold’s technical strength.

The views and opinions expressed in this article are those of the author(s) and do not reflect those of Goldmoney, unless expressly stated. The article is for general information purposes only and does not constitute either Goldmoney or the author(s) providing you with legal, financial, tax, investment, or accounting advice. You should not act or rely on any information contained in the article without first seeking independent professional advice. Care has been taken to ensure that the information in the article is reliable; however, Goldmoney does not represent that it is accurate, complete, up-to-date and/or to be taken as an indication of future results and it should not be relied upon as such. Goldmoney will not be held responsible for any claim, loss, damage, or inconvenience caused as a result of any information or opinion contained in this article and any action taken as a result of the opinions and information contained in this article is at your own risk.