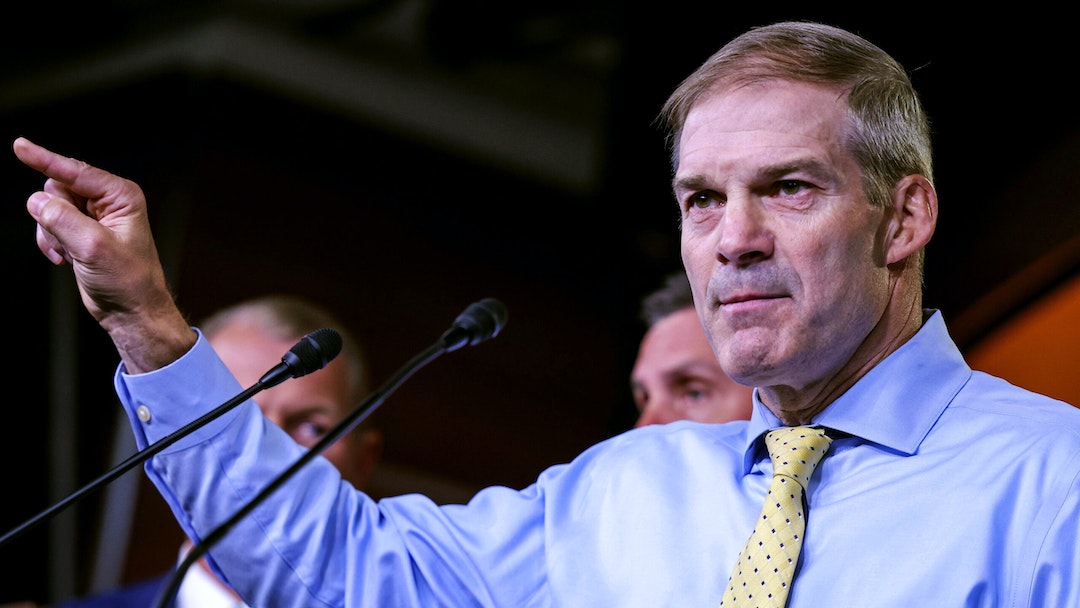 When asked by Fox News host Maria Bartiromo if he was going to “investigate Anthony Fauci should you take the control in the majority of the House,” Jordan responded, “Yes. Yes, we definitely are.”

Jordan’s remarks came as a recent report indicated that top U.S. and British scientists reportedly thought that SARS-CoV-2, the coronavirus that causes COVID-19, likely escaped from a laboratory in Wuhan, China, but some were hesitant to let the debate play out in the media because they were concerned about “international harmony.”

“If the American people put us back in charge, we are definitely going to do this because we now know without a doubt that Dr. Fauci knew on Jan. 31 and Feb. 1 that this thing came from a lab,” Jordan claimed. “The top scientists in the country were saying it came from a lab. One scientist says we got the notes now from the conference call on February 1st. One scientist says, ‘I don’t see how this can happen in nature, but it would be easy to do in a lab.’”

“And yet just in a matter of days, they changed their position, write the article that appears in Nature of Medicine Magazine, which then gets cited in the now famous letter in The Lancet, which became the gospel for the fact that Fauci can go out and tell people it didn’t come from a lab when in fact they knew it did,” Jordan continued. “The interesting thing is. We point this out. We just learned this last week, the two doctors who were most adamant that this thing came from a lab early on: one is Dr. Kristian Anderson. On Jan. 31, 2020, he says this to Dr. Fauci in an email: ‘Virus looks engineered. Virus not consistent with evolutionary theory.’ So, he knew it came from a lab.”

An email from Sir Jeremy Farrar, director of the Wellcome Trust, on February 2 2020 said that ‘a likely explanation’ was that Covid had rapidly evolved from a Sars-like virus inside human tissue in a low-security lab.

The email, to Dr Anthony Fauci and Dr Francis Collins of the US National Institutes of Health, went on to say that such evolution may have ‘accidentally created a virus primed for rapid transmission between humans.’

However, a top Dutch scientist and a top U.S. public health official warned that discussing the lab leak theory could cause serious geopolitical issues and could harm China.

Dr. Francis Collins, the then-director of the National Institutes of Health (NIH), replied to Farrar, writing: “I share your view that a swift convening of experts in a confidence-inspiring framework is needed or the voices of conspiracy will quickly dominate, doing great potential harm to science and international harmony.”

Another scientist, Dr. Ron Fouchier, a Dutch virologist and Deputy Head of the Erasmus MC Department of Viroscience, responded to Farrar, “Further debate about such accusations would unnecessarily distract top researchers from their active duties and do unnecessary harm to science in general and science in China in particular.”

In the emails, Sir Jeremy said that other scientists also believed the virus could not have evolved naturally. One such scientist was Professor Mike Farzan, of Scripps Research, the expert who discovered how the original Sars virus binds to human cells. … The emails also show that Bob Garry, of the University of Texas, was unconvinced that Covid-19 emerged naturally.

David Asher, who led the Trump administration’s investigation into the origins of the COVID-19 pandemic, told Fox News in May 2021 that the Wuhan Institute of Virology (WIV) was up to “some very hairy stuff with synthetic biology” and that biostatisticians from the U.S. government calculated that the odds of the coronavirus evolving naturally was one-in-13 billion.

Asher said that the U.S. government’s probe was finding “that there was almost no evidence that supported a natural, zoonotic … evolution, or source of COVID-19 … the data disproportionately stacked up as we investigated that it was coming out of a lab or some supernatural source.”

Asher said that the Chinese military was involved in research in the lab and that “they were up to some very hairy stuff with synthetic biology and so called gain of function techniques.”