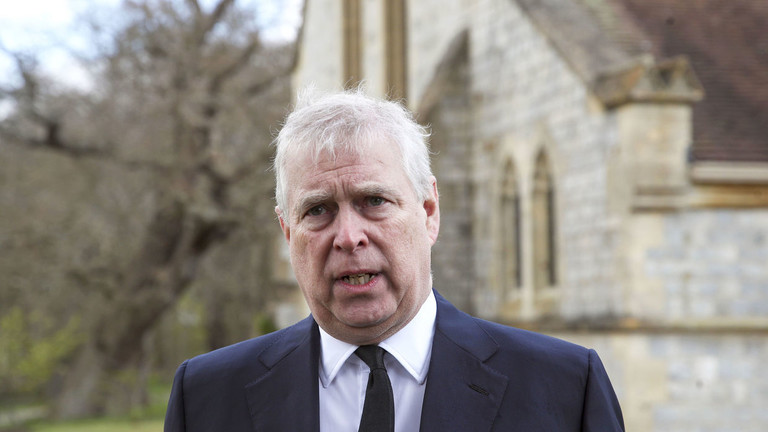 The deceased pedophile agreed to pay Virginia Giuffre $500,000 as part of a confidential 2009 settlement, which was unsealed on Monday

Jeffrey Epstein paid Virginia Giuffre $500,000 in a 2009 legal settlement, in which she agreed not to sue anyone linked to the convicted sex offender that could be a “potential defendant,” a newly unsealed court document shows.

The settlement was made public by a New York court on Monday as part of Giuffre’s ongoing civil suit against Prince Andrew. She is seeking unspecified damages, alleging that the British royal sexually assaulted her when she was a teenager.

She claims to have been forced into sex with him by Epstein and his accomplice, the now convicted sex trafficker Ghislaine Maxwell.

Her lawsuit now faces a crucial challenge on Tuesday, when Prince Andrew’s lawyers will seek to have the case dismissed on the basis of the settlement. Prince Andrew, who has denied Giuffre’s accusations, had filed the document as part of his legal brief in October, contending that its “broad release” provisions prevented “future legal disputes” against him and other alleged Epstein associates.

In the filing, his attorneys noted that because of Prince Andrew’s status as a “senior” British royal, he “falls into one of the expressly identified categories of persons” who were “released from liability” as “a third-party beneficiary” under the 2009 agreement.

Although Prince Andrew is not mentioned by name, the settlement apparently covers “expressly identified categories of persons,” including “royalty” as well as “politicians, academicians, businessmen, and others allegedly associated with Epstein.”

The 2009 deal, which had been confidential till now, states that Giuffre, who is also referred to by her maiden name Roberts, agreed to “release, acquit, satisfy, and forever discharge” Epstein and “any other person or entity who could have been included as a potential defendant” from legal action for claims dating “from the beginning of the world.”

However, her lawyers say the terms of the agreement pertain only to Florida – where Giuffre alleged she was sexually abused by Epstein – and were thus “irrelevant” to her action against Prince Andrew, which covers alleged sexual abuse by the royal in New York, London, and the US Virgin Islands. In their court filings, her legal team said that the Epstein deal is “outside the four corners” of the case against Prince Andrew.

The document’s unsealing had been ordered on December 29.