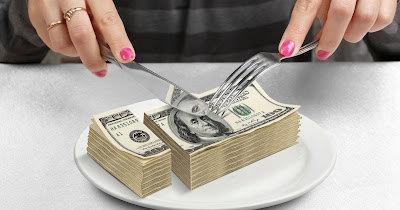 With American companies practicing China-style censorship, social credit scores being rolled out just like in China, and big corporations bending over backwards for China by ignoring humanitarian crises perpetrated by the Chinese Communist Party (CCP), along with “China Joe” now occupying the White House,  we find it prudent to watch them for situations and actions that  liberal leaders here in America might say “Hey, we LIKE that idea!”

So we will start with the latest news from China’s city Xi’an, where the population is begging for help because they have been forbidden from leaving their homes, unless it is for testing, even from going grocery shopping.

More than 13 million were ordered to stay at home last week as authorities sought to battle a Covid outbreak.

But compared to other lockdowns globally, locals cannot go out even for essential reasons like buying food.

The government is delivering supplies but many on social media say they are yet to receive them and are struggling.

If some brain-dead liberal state leaders here in America or even the Biden regime did that here (which could cause an uprising like they have never seen before) how long would you be able to survive?

We aren’t just talking about food, although without food and water you die, but cut off from other basics like paper goods, condiments, spices, and a large variety of other products used weekly in your home. There is no doubt after watching the great panic shopping run on stores of 2020 causing massive shortages, that the majority of Americans wouldn’t make it a week, or even two. Preppers would no doubt fare better and last longer.

With all that said, the more reports we are seeing, the faster we are realizing that despite Independent Media warnings, which came before the MSM caught up, it all might not be enough to survive what is coming.

There are a number of issues effecting the food supply here in America, whether they are decisions regarding food production, processing, growing or manufacturing, expected to cause either food shortages or extreme price hikes, on top of the price increases we have already seen during 2021,

Labor shortages are being blamed for food supply issues, delivery issues, businesses being forced to close and shelves unable to be restocked at a reasonable rate, because stores are receiving less that half of what they order to restock in many cases.

There are a number of issues with the “labor shortage” claim because there would be no labor shortages had a certain things not happened in 2021:

• Businesses deemed “non-essential” were forcefully shut down, putting millions of Americans out of work.

• Companies have started terminating employees that have refused to allow themselves to be intimidated into taking the experimental vaccines, to which are so new, no long term studies on side effects have been conducted.

• There is an untold number of working aged Americans that have taken the vaccine and died or became unable to work, which again, limits the supply of workers available.

Each and every one of those examples are unforced errors, but even knowing the ramifications beforehand, the U.S. government under Biden, and liberal state leaders, continued anyway. There is no other way to describe it other than “by design.”

If you are aware of what will happen, and you continue on with the plan, you are purposely causing these issues.

Many small businesses operate on extremely thin margins, and so they just can’t afford to dramatically raise wages all of a sudden.  In Nebraska, one restaurant that has been around for 46 years has been forced to close for good “because they simply can’t find enough people to work”…

This week, Wilkinson and his wife, Kathy, decided to close the restaurant after a nearly five-decade run because they simply can’t find enough people to work.

“That was the final straw,” said Jim Wilkinson, 71.

Thousands of other small businesses find themselves in the same situation.

But it isn’t just small businesses that are suffering.

At this point, even some of the biggest corporations in the U.S. can’t find enough workers.  At the end of December, I was absolutely shocked to learn that Apple had closed every single one of their stores in New York “due to a staffing shortage”…