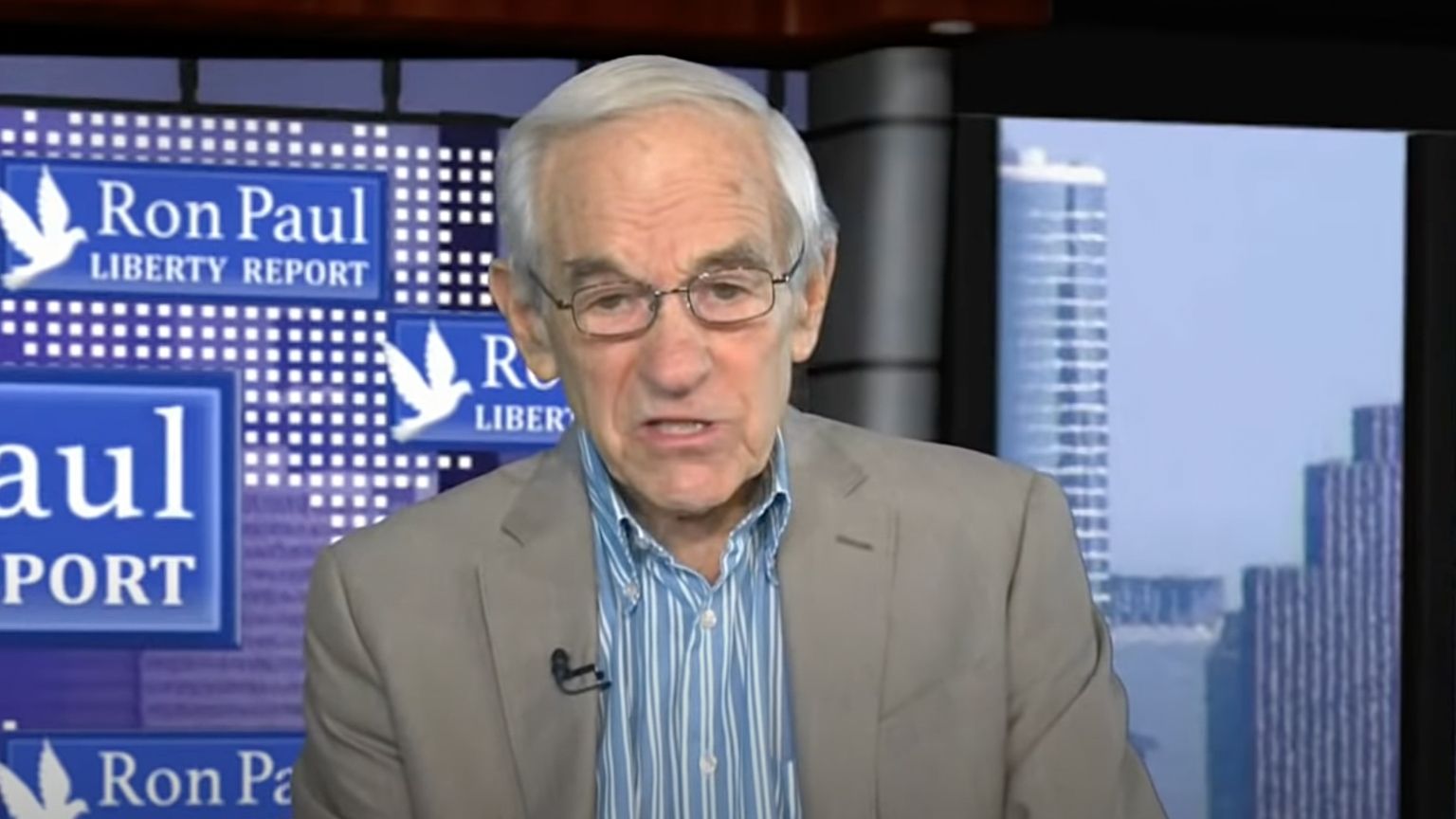 Paul took to Twitter to announce the censorship, saying, “Facebook has restricted my Ron Paul Page for ‘sharing false information.’” 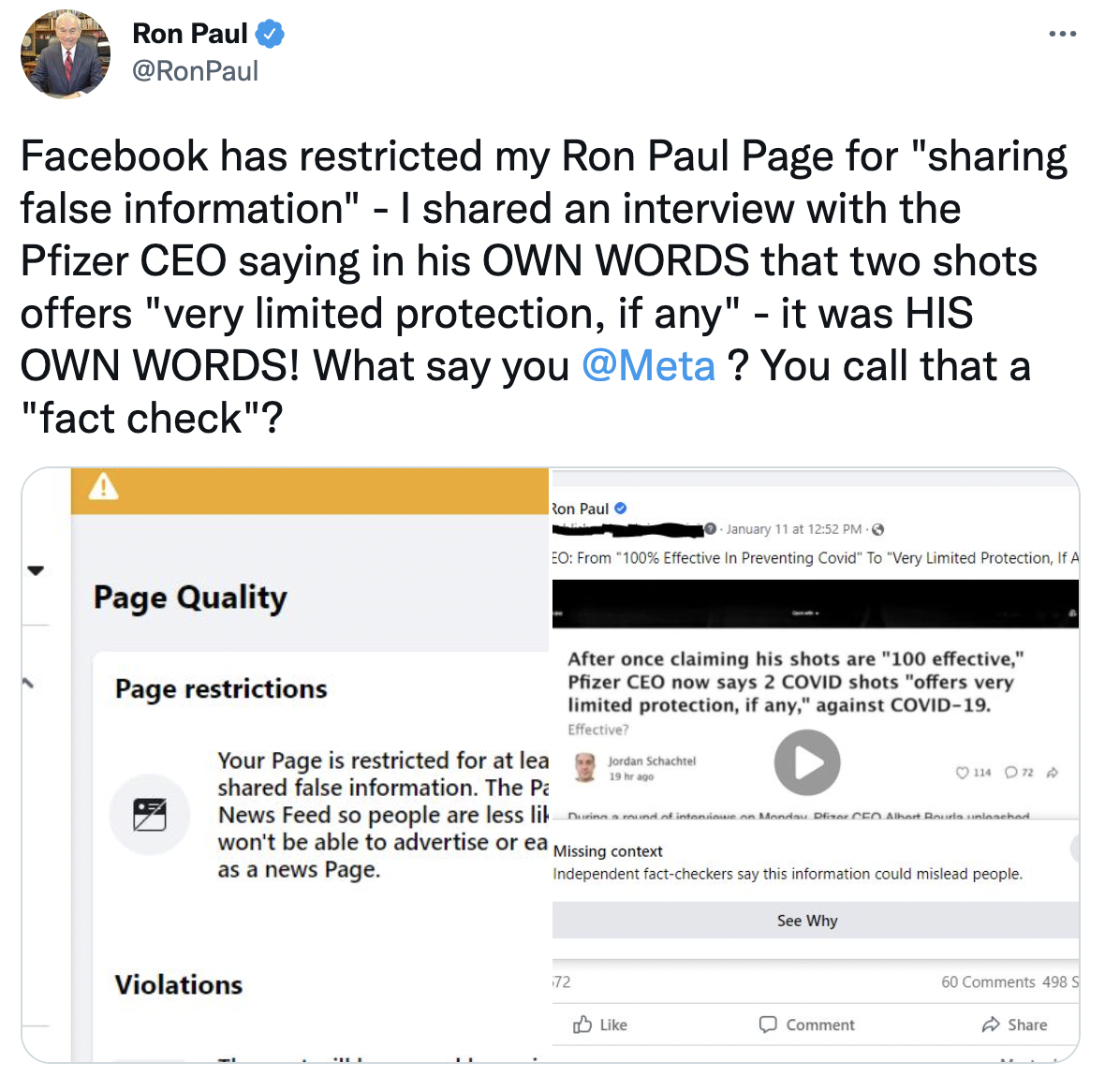 The video that appeared to trigger the censorship was Paul’s interview with the Pfizer CEO Albert Bourla.

“I shared an interview with the Pfizer CEO saying in his OWN WORDS that two shots offers “very limited protection, if any,” Paul wrote on Twitter. “it was HIS OWN WORDS! What say you @Meta? You call that a ‘fact check’?”

Paul has shared images of the “fact check” and censorship message he received. 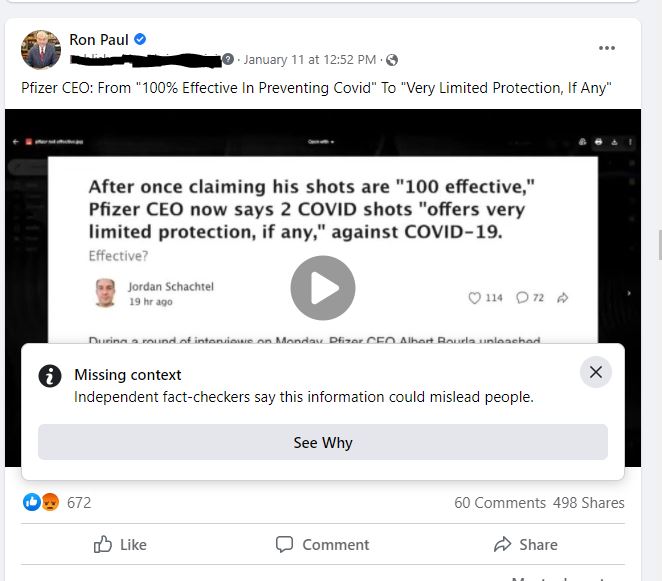 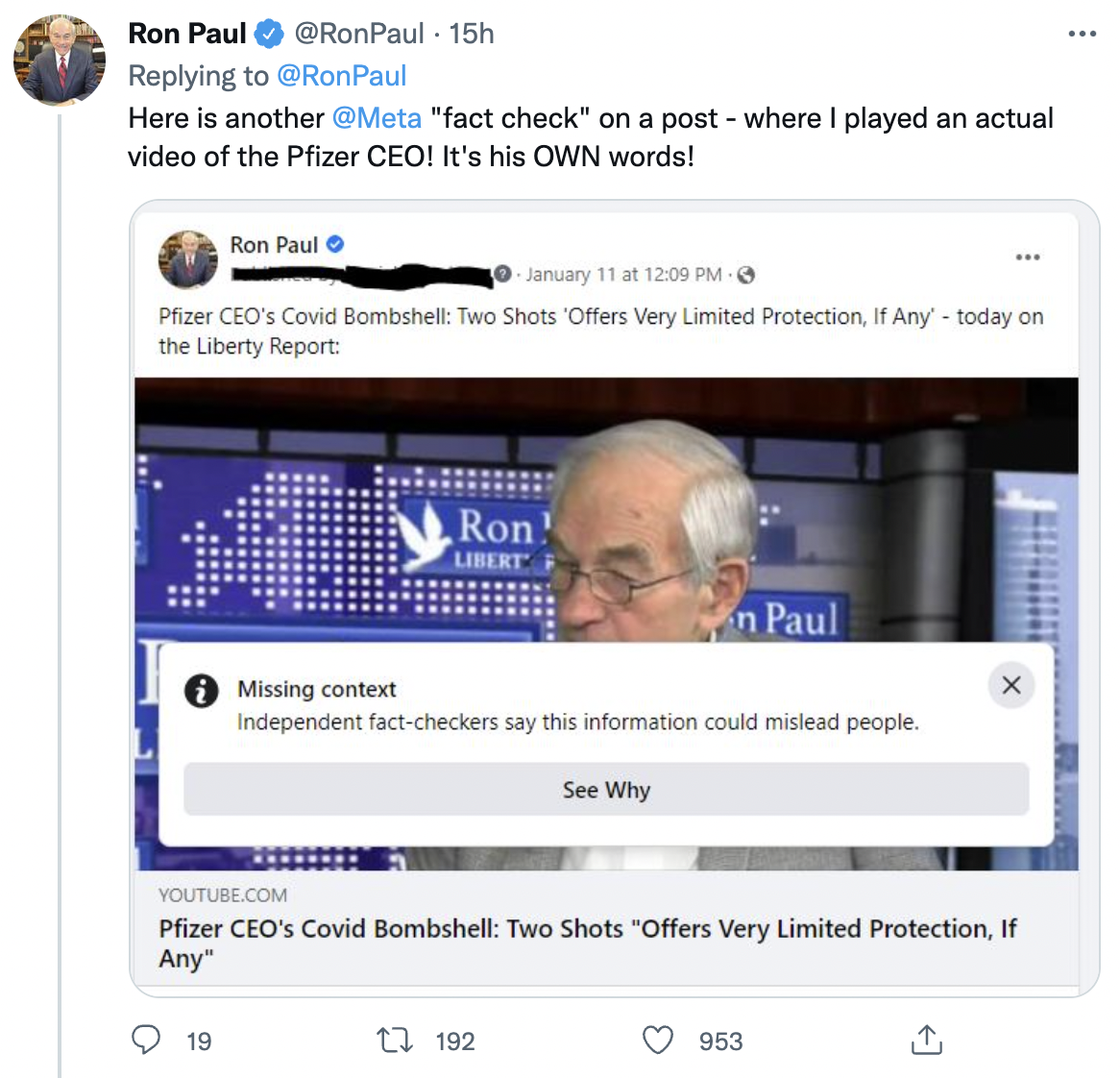 The censorship of Paul’s page came almost a year to the date that he was locked out of his Facebook page.

In January of 2021, Ron Paul was blocked from posting to and managing his popular Facebook page after the tech giant accused him of “repeatedly going against our community standards.”

Paul wrote that he and his team had never received notice of violating community standards in the past and added that the offending post hadn’t been identified by Facebook.