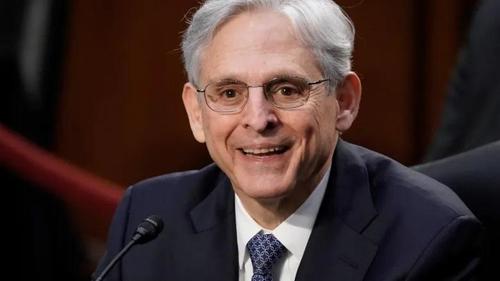 In a quiet response to the Senate Judiciary Committee three days before Christmas, the Biden DOJ says it won’t withdraw a controversial memo used to activate the FBI Counterterrorism Division to investigate parents voicing their opposition to a variety of topics – primarily mask and vaccine mandates, and teaching critical race theory.

“[I]n December we asked why the FBI’s Counterterrorism Division was getting involved in parents expressing their concerns at school board meetings. Now, just to be crystal clear, there’s no excuse for real threats or acts of violence at school board meetings, but if there are such threats, these should be handled at the local level and the Attorney General should withdraw his memo that started this whole thing.

“Well, a couple days before Christmas, the Justice Department responded to us with just a one-page letter.

“In that letter, DOJ had nothing to say about why the FBI’s Counterterrorism Division was involved in local school-board matters. DOJ just said, ‘We’re not going to withdraw the memo.’ So, the Feds may be keeping track of school board meetings—even if it creates a horrible chilling effect. And, of course the FBI looking over your shoulder would have a chilling effect. Next week the Judiciary Committee will hold a hearing on domestic terrorism. I hope we’re going to be focusing on the serious threats facing our country—and I hope no one thinks the focus is on our nation’s parents.”

On October 4, AG Merrick Garland issued a memorandum announcing a concentrated effort to target any threats of violence, intimidation, and harassment by parents toward school personnel.

The announcement came came days after the national association of school boards asked the Biden administration to take “extraordinary measures” to prevent alleged threats against school staff that the association said was coming from parents who oppose mask mandates and the teaching of critical race theory.

In late October, however, it was revealed that Garland based the memo on unsupported claims made by the National School Boards Association, which apologized for inflammatory language. Garland maintains that the letter had no bearing on the DOJ’s stance.