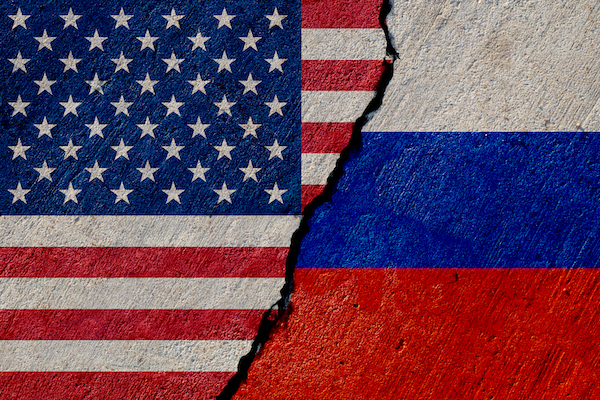 Are these people so abysmally ignorant of history, geography, economics and the wherewithal of a true national security threat that they think the map below is worth WWIII?

Ukraine has never had stable borders, nor has it been a longstanding independent nation state. In fact, for hundreds of years under the czars and commissars alike, Ukraine was at best a vassal state and mostly a provincial satrapy of Moscow. Its current borders were actually drawn to precision by Communist apparatchiks during the Soviet era and thereafter embraced by the Kiev government that emerged in 1991 when the Soviet Union suddenly evaporated.

Ukraine’s history can be summarized as follows:

Yet these Foxified Republican pols and neocons blather on about “weakness” and phony threats to our national security. Let’s see the extent of that threat.

In terms of manufacturing output Russia’s annual manufacturing value added is currently (2020) about $197 billion, which amounts to just 8% of the $2.35 trillion figure for the US economy.

Basically, Russia’s economy cannot support a military establishment anywhere near to that of Imperial Washington. To wit, its $65 billion of military outlays in 2020 amounted to less than 32 days of Washington’s current $755 billion of expenditures for defense.

It may well be asked how Russia could remotely threaten homeland security in America short of what would be a suicidal nuclear first strike.

Recall the remnant of the Soviet strategic weapons arsenal at Putin’s disposal today amounts to 4,500 operational nuclear warheads, of which under two-fifths are actually deployed. That compares to 4,600 nuclear weapons in the US arsenal with a similar fraction actually deployed.

Accordingly, what exists on the nuclear front is a state of mutual deterrence (MAD) — the arrangement by which we got through 45 years of Cold War when the Kremlin was run by a totalitarian oligarchy committed to a hostile ideology; and during which time it had been armed to the teeth via a forced-draft allocation of upwards of 40% of the GDP of the Soviet empire to the military.

By comparison, the Russian defense budget currently amounts to just 4% of the country’s anemic present day economy — one shorn of the vast territories and populations of Belarus, Ukraine, Georgia, Uzbekistan, Kazakhstan and all the Asian “stans” among others.

Yet given those realities we are supposed to believe that the self-evidently calculating and cautious kleptomaniac who runs the Kremlin is going to go mad, defy MAD and trigger a nuclear Armageddon?

Indeed, the idea that Russia presents a national security threat to America is laughable.

Not only would Putin never risk nuclear suicide, but even that fantasy is the extent of what he’s got. That is, Russia’s conventional capacity to project force to the North American continent is nonexistent.

Moreover, the canard that Washington’s massive conventional armada is needed to defend Europe is ludicrous nonsense. Europe can and should take care of its own security and relationship with its neighbor on the Eurasian continent. After all, the GDP of NATO Europe alone is $17 trillion or 11X greater than that of Russia, and the current military budgets of European NATO members total about $300 billion or 4.4X more than that of Russia.

But more importantly, the European nations and people really do not have any quarrel with Putin’s Russia, nor is their security and safety threatened by the latter. All of the tensions that do exist and have come to a head since the illegal coup in Kiev in February 2014 were fomented by Imperial Washington and its European subalterns in the NATO machinery.

Like everything reviewed above, the source of the current calamity-howling about Russia is the Warfare State. That is, the existence of vast machinery of military, diplomatic and economic maneuver that is ever on the prowl for missions and mandates and that can mobilize a massive propaganda campaign on the slightest excitement.