by Robert Gore, All News Pipeline: 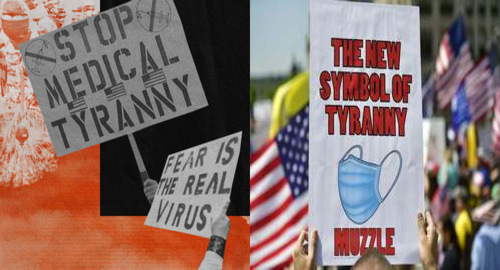 Chaos will reign as the future upends the past. Chaos doesn’t lend itself to prediction.

Stupidity, arrogance, and evil ultimately destroy themselves, but their rampage was unabated in 2021. A group of stupid, arrogant, and evil people are using a virus and its variants to shepherd the world into a scheme of totalitarian global governance. This was conspiracy theory when the virus first surfaced; now it’s nakedly obvious reality. The one redeeming feature of the year was that more people saw the light.

As word leaks out of Covid outbreaks on 100 percent vaccinated college campuses, sports teams, naval vessels, and cruise ships, and as fully vaccinated athletes drop incapacitated or dead in front of stadiums full of people and millions of TV viewers, the truth that can’t be hidden is grasped by anyone with a shred of intellectual integrity. The vaccines have failed their ostensible purpose, to protect against the virus and its variants. They have, however, admirably fulfilled their real purpose: a totalitarian grab for power and control.

The coming year will see attempts to institute the rest of the agenda: mandatory vaccination, implanted vaccine passport microchips, fully digitized money, a social credit system, and segregation or elimination for those who refuse to play along. The coming year will also see the inexorable progress of the Doom Loop described in “The Means Are The End.”

The vaccines and their perpetual boosters are an intentional attack on the human immune system. They will continue to produce their adverse effects, including impaired natural immune system functionality, which increases susceptibility not just to Covid and variants, but to many other maladies as well. Early indications are that the omicron variant is more likely to strike the vaccinated than the unvaccinated.

Because it’s essentially the common cold, Omicron has been hailed as the usual downward viral mutation that either burns itself out or becomes an endemic but low-level threat. Covid, therefore, is over. The optimism is misplaced and betrays either ignorance or deliberate obfuscation of the true aims of the Covid commissars. Covid has never been about health and safety, it’s been about power and using vaccines to insidiously and inexorably degrade the true frontline health defense, the immune system. The commissars would insist on vaccinations and boosters even if Covid developed a beneficial variant (see “The Oopsilon Variant,” SLL, 9/1/21).

The gap between excess deaths and baselines will continue to widen in highly vaccinated areas. That makes blaming the steadily shrinking pool of unvaccinated scapegoats problematic, so the deaths will be blamed on breakthrough Covid even though its downward mutations make it less lethal.

Any actual science that might point the finger at vaccines, particularly autopsies, will continue to be discouraged or banned. The surprisingly few autopsies that have been conducted indicate that the spike proteins the vaccines prompt the body to produce end up in virtually every human tissue, organ, and system and cause persistent, long-term damage (see here and here). Real science will be ignored, as it has from the beginning, and the commissars will continue to chant: “Get vaccinated and booster, booster, booster forever.”

The Covid and vaccine charade is an excellent distraction from the mess they’ve made of the world, particularly the U.S. government and its satraps. In government nothing succeeds like failure and they continue to double-, triple-, and quadruple-down on failure. 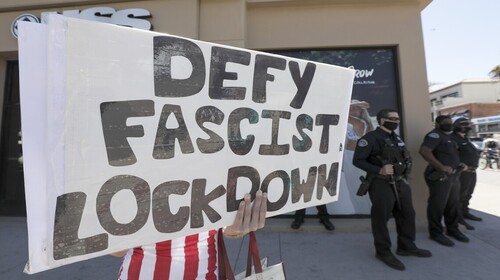 No country has ever fiat-debted its way to prosperity, and many have done so to their ruin, but the last two years have seen an unprecedented explosion of such debt. While it initially produces an increase in demand from those who receive it, that sugar high soon runs into an iron law of reality: pieces of paper and computer entries don’t conjure real goods and services.

With more demand and the same or less supply, fiat-debt inflation conjures only rising prices as both producers and consumers catch on to the currency debasement. Count on prices ratcheting higher as those responsible for it continue to blame the phenomenon on everything but their currency debasement. It will continue as government debt “monetization”—exchanging government fiat debt for central bank fiat debt—remains essential to financing governments.

Creditors will express their dissatisfaction with microscopic yields in a world of non-transitory, persistently rising prices by selling the debt instruments that are handing them negative real yields (nominal yields minus the inflation rate). Interest rates being the inverse of bond prices, falling bond prices will cause interest rates to rise, which would put pressure on all debt-supported financial and real asset prices as well.

Rising interest rates will make it increasingly difficult for governments to fund themselves. Central banks will continue to fill the every-increasing gap in demand for government fiat debt, a financial Doom Loop of fiat-debt inflation met with more fiat-debt inflation that eventually becomes hyperinflation. It will be hard to blame this Doom Loop on the unvaccinated, although attempts will be made, but there is another set of all-purpose scapegoats available: Russia and China, the leaders of an Eurasian-centered multipolar axis.

They have seen this train wreck coming and have been “dedollarizing,” a polite term for getting out of crappy fiat debt before it gets even crappier. They’ve also been stockpiling “Real Money” (gold and silver). On current trend the Russians and Chinese will have most of the world’s real money when the American block’s currencies collapse. They will of course be blamed for that collapse, which bears a startling resemblance to blaming the unvaccinated for refusing dangerous vaccines that don’t protect the vaccinated. Like probity at a frat party, logic is always in short supply among collapsing governments.

If it weren’t, our collapsing government wouldn’t be trying so hard to antagonize the governments of Russia, China, Iran, and the rest of the Eurasian block. Vladimir Putin has issued an ultimatum. Perhaps he’s bluffing and the high-tech weapons he and his Chinese buddies have been bragging about are fictional. Perhaps they’re not, but don’t expect American policymakers to even acknowledge the possibility.