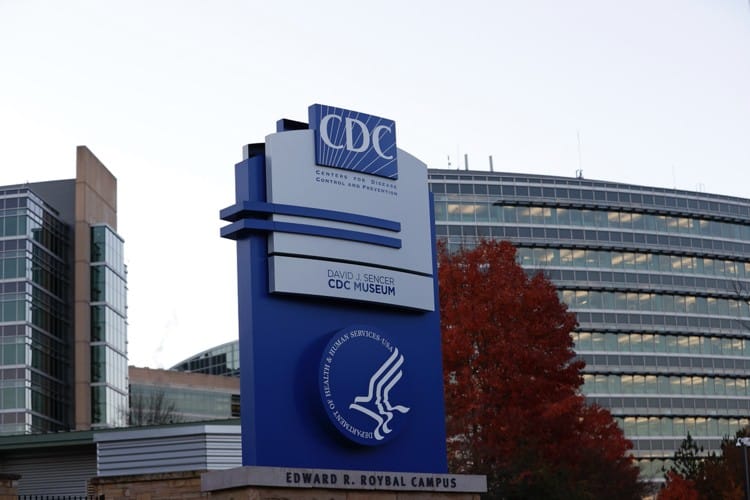 The U.S. Center for Disease Control and Prevention (CDC) and its parent entity, the Department of Health and Human Services (HHS), are being taken to court over the refusal to make public a post-licensure safety data for the COVID vaccines.

A nonprofit organization called Informed Consent Action Network (ICAN), which advocates for full transparency of the medical products’ safety and efficacy data, filed the lawsuit on Thursday, after its three FOIA requests to publish the reports submitted through the CDC’s “V-safe” system were turned down by the agency.

According to the CDC’s website, “V-safe” is a smartphone application that uses text messaging and Web surveys to give “personalized health check-ins” after one receives a COVID shot. The description further reads, “Through v-safe, you can quickly tell CDC if you have any side effects after getting a COVID-19 vaccine. This information helps CDC monitor the safety of COVID-19 vaccines in near real time.” The system is touted to be so effective that the agency even states that depending on the reports’ specifics, the CDC representatives may call to check on a vax-recipient to collect more information.

That system was created since the CDC said “that their prior primary existing safety monitoring program [Vaccine Adverse Effects Reaction System, or VAERS] was incapable of determining causation and were otherwise unreliable,” per the lawsuit. At the same time, the agency claims that “COVID-19 vaccines are being administered under the most intensive vaccine safety monitoring effort in U.S. history.”

The CDC, however, appears to want to keep secret the exact adverse reactions and their number that have already been reported though “V-safe.” In response to the ICAN’s FOIA requests, the CDC refused to produce the safety data under the pretext that such data is not deidentified (meaning, it includes personal health information), as indicated in the lawsuit.

At the same time, deidentified data does exist, since the CDC relies on a private data company Oracle to collect, manage, and house the deidentified “V-safe” data, as appears from the CDC’s own document. The latter clearly indicates that “Per Oracle’s internal policies, Oracle staff will not be able to view any individualized survey data (including variables with personally identifiable information [PII]) but, rather, will have access to aggregate deidentified data for reporting.”

ICAN asked the CDC to produce the deidentified data in the same form that Oracle can access, but the CDC has administratively closed that inquiry.

“The federal government is thereby not only failing to provide the transparency necessary to earn the American people’s trust regarding these vaccines but is also failing to comply with FOIA,” argues the lawsuit.

ICAN underlines that the American public deserves to have all available safety information on the novel vaccines that are being mandated “for a majority of Americans under the threat of losing their jobs, being separated from the military, being excluded from university, and from participating in civil society” in such cities as New York, Washington DC, Chicago, Los Angeles, Boston, Seattle, and others.

At the same time, if one gets injured by the vaccines, he or she would not be able to hold the vax-producers accountable, since the federal government has given the pharmaceutical companies and anyone associated with administering the shots complete legal immunity for any injury caused by the shots. Moreover, the vaccine manufacturers are even immune from liability for willful misconduct unless the federal government first brings this claim. Meaning, the chances of that are slim.

In that situation, the comprehensive knowledge on the vaccines’ safety is crucial for the public, and the government must be fully transparent about that data, argue the plaintiffs. “[W]e need all hands on deck, both inside and outside the government, to address serious and ongoing issues with the vaccine program, including waning immunity, adverse reactions, etc. Locking out independent scientists from addressing these issues is dangerous, irresponsible, unethical, and illegal,” they state.

Aaron Siri, an attorney who filed the lawsuit on behalf of ICAN, wrote on his Substack account,

If you find what you are reading difficult to believe, that is because it is dystopian for the government to give pharmaceutical companies billions, mandate Americans to take their products, prohibit Americans from suing for harms, yet refuse to let Americans see the pre- and post-licensure safety data for these products.

Siri is already involved in the lawsuit against the Food and Drug Administration (FDA) on behalf of an international group of medical professionals, scientists, and journalists called Public Health and Medical Professionals for Transparency (PHMPT) who demand that the FDA release more than 400,000 pages of information on the approval process for Pfizer-BioNTech‘s COVID shot. The FDA had offered to release 12,000 documents by January 2022 and a minimum of 500 pages a month, which could mean it would take until 2096 before all the documents would become public. The group, however, points out that it took the FDA precisely 108 days from when Pfizer started producing the records for licensure (on May 7, 2021) to when the FDA licensed the Pfizer vaccine (on August 23, 2021) and asked for the expedited release of the data to the public and independent scientists.