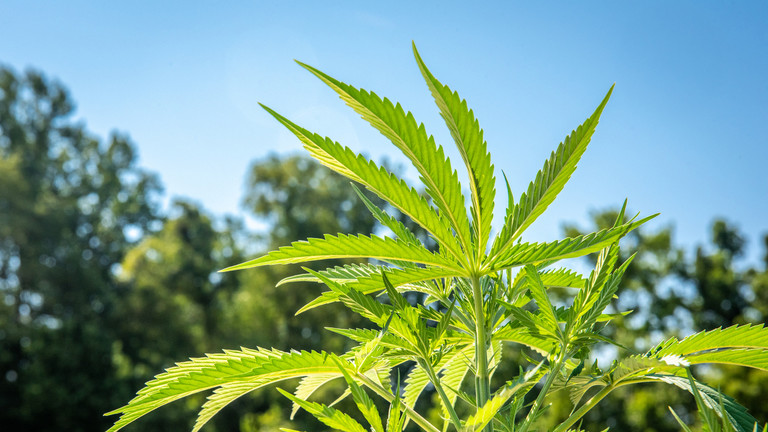 The next breakthrough in stopping Covid-19 may come not from Big Pharma, but from the humble pot plant. Researchers in Oregon in the US discovered that two compounds found in the devil’s lettuce can stop the virus in its tracks.

Rather than attempting to smoke their way to immunity, a team of scientists at the University of Oregon isolated two compounds from hemp – cannabigerolic acid (CBGA) and cannabidiolic acid (CBDA) – and found that they bind to the coronavirus’ spike protein and in turn prevent it from binding to the outer membrane of human cells.

This latter binding process is normally how the virus enters the human lungs and other organs.

The two compounds are precursors to CBG and CBD, which are widely legal and available to consumers. CBG and CBD cannabis oils and extracts are commonly used to treat anxiety, sleep disorders, epilepsy, and a wide range of other ailments.

CBGA and CBDA “are not controlled substances like THC, the psychoactive ingredient in marijuana, and have a good safety profile in humans,” said Richard van Breemen, a researcher with Oregon State’s Global Hemp Innovation Center. Van Breemen added that these compounds “can be taken orally,” and “have the potential to prevent as well as treat infection” by the coronavirus.

Van Breemen and his team published their research in the Journal of Nature Products on Tuesday. However, they have a long way to go before doctors begin writing hemp oil prescriptions en masse. While the study found CBGA and CBDA effective against both the Alpha and Beta variants of the coronavirus, it was carried out on human cells in a laboratory, rather than actual human test subjects.

Still, the scientist sees these hemp compounds eventually being used alongside vaccines to create “a much more challenging environment” for Covid-19. One of the main criticisms of the current crop of vaccines is that they use the original spike protein of the virus as an antigen, meaning that when variants emerge with new spike protein mutations, they are more likely to evade the protection offered by the vaccine.

“These variants are well known for evading antibodies against early lineage [Covid-19], which is obviously concerning given that current vaccination strategies rely on the early lineage spike protein as an antigen,” said van Breemen. “Our data show CBDA and CBGA are effective against the two variants we looked at, and we hope that trend will extend to other existing and future variants.”