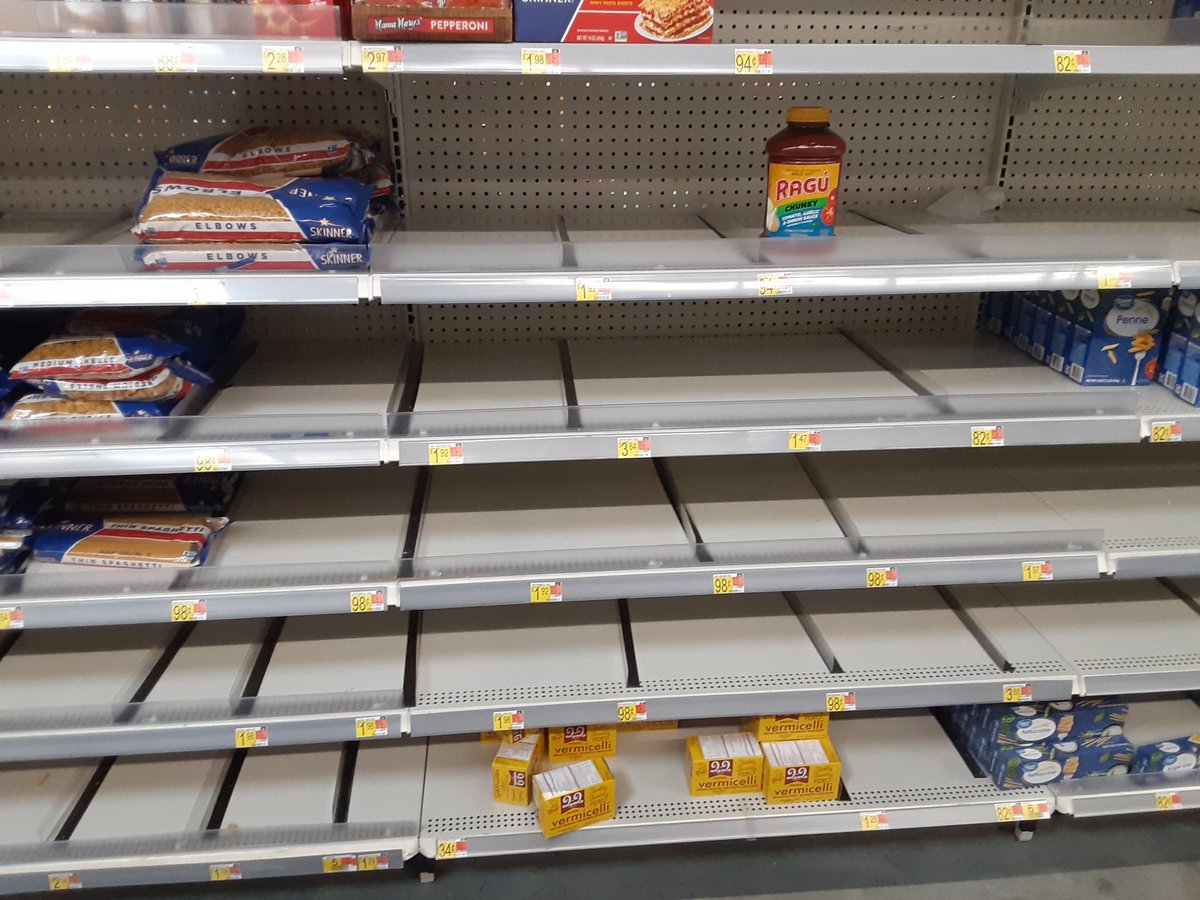 It is happening again.  In December, Joe Biden stood in front of the American people and boldly declared that he had defeated the supply chain crisis, but of course that wasn’t true.  There have been persistent shortages for months on end, and now fear of Omicron is taking things to an entirely new level once again.  On Monday, the hashtag #BareShelvesBiden was trending on Twitter, and that is because shelves are alarmingly bare in supermarkets from coast to coast.  We are being told that these shortages are only “temporary”, but of course that was what we were told when nationwide shortages first began to pop up all the way back in early 2020.

Unfortunately, food industry experts are warning us that supplies are going to get even tighter in the weeks to come.  For example, the following is what billionaire John Catsimatidis just told Fox News…

“Omicron is taking its toll at different levels of the supply chain, whether it’s the warehouses, whether it’s the selectors, the drivers the loaders – and as they call in sick there are interruptions in the system,” Catsimatidis told Todd Piro during an appearance on “Fox & Friends First.”

Catsimatidis went on to say that many of these interruptions will continue over the next 6 weeks as the COVID-19 variant impacts the labor market. The United Refining Company owner added that the Northeast in particular is seeing the price of various products, including eggs, poultry, and beef, go up because of low supply and high demand.

That sounds rather ominous.

Of course he is not alone.  Egg Innovations CEO John Bruunquell is specifically warning that current conditions are likely to prevent his industry from supplying enough eggs to the general population…

So if shelves that normally hold meat and eggs are already bare in your area, they may be staying that way for a while.

And if the shelves that normally hold meat and eggs are not bare in your area, you may want to grab what you can while you still have the opportunity to do so.  The shortages are escalating, and shelves appear to be getting emptier with each passing hour.  According to Zero Hedge, Americans from coast to coast have been posting photographs of bare shelves on social media…

Before Christmas eve, President Biden declared his administration’s efforts to eliminate supply-chain bottlenecks ahead of the holiday season had succeeded. Ten days into the new year, we can firmly say that is not the case.

The hashtag “BareShelvesBiden” has been trending on Twitter for the last 24 hours. The hashtag ranked on Twitter’s most trending list as of late Sunday evening.

In recent months I have been writing a lot of articles about this supply chain crisis, but even I didn’t anticipate that things would be this bad in early 2022.