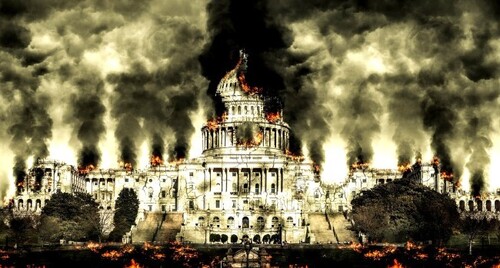 The alliance between Russia and China is the greatest military threat ever posed to the U.S. and the Free World, not least because Washington has been so tardy in recognizing the growing peril from the Sino-Russo “New Axis” that now threatens to escalate the New Cold War into World War III.

For decades, Russia and China have:

–Cooperated modernizing China’s once antiquated military forces, Russian advanced technology weapons (combined with technology stolen from the U.S.) being the basis for a miraculous “great leap forward” transforming China into a military superpower;

–Helped North Korea and Iran develop their missile and nuclear programs, Pyongyang and Tehran being part of the “New Axis” led by Russia and China.

Until recently, Washington has not taken seriously the Sino-Russo “New Axis” believing that ideological and geostrategic differences between Russia and China would prevent them from forming a “real” alliance like NATO. Yet NATO for decades has under-invested in its own defense, and as is riven with profound political, cultural, and strategic differences.

Now Russia, for the second time in a year, has mobilized armies that could annex Ukraine and overrun NATO’s frontline states, even while China is threatening to annex Taiwan and the South China Sea.

Suddenly, the possibility of coordinated aggression by Russia and China in Europe and Asia, a two-theater war that could become a nuclear world war, looks very real.

It would be a war the U.S. and its allies cannot win.

Wargames by the U.S. Defense Department and RAND consistently show Russia can overrun Ukraine and NATO’s frontline states in Eastern Europe in 72 hours. At least 18 DOD wargames show the U.S. losing against China in a war over Taiwan.

These outcomes are not surprising, but inevitable.

Ukraine and Taiwan are in the “backyards” of Russia and China. The U.S. would have to project power across the Atlantic and Pacific, making a “charge of the Light Brigade” with grossly inadequate forces into the teeth and main might of Russia’s and China’s superior military power.

Ivory tower strategists who often dominate Washington, not a few living in the Pentagon and State, the type who most recently gave us Afghanistan, argue the U.S. will inevitably win World War III. Supposedly, after the Allies initially lose in Europe and Asia, the U.S. “arsenal of democracy” will mobilize its superior economy to wage a protracted war against Russia and China, eventually wearing them down and achieving victory, as the Allies defeated the Axis in World War II.

Such thinking forgets that we now live in the nuclear missile age, and ignores that Moscow and Beijing will likely use nuclear weapons first, perhaps at the outset, to achieve quick and decisive victory. They will annihilate the U.S. “arsenal of democracy” if necessary.

During World War II, Russia sacrificed 20 million to conquer Ukraine and the East European “blood lands” that now want to join NATO. China during its “cultural revolution” sacrificed millions (estimates range from 2-20 million) for ideological purposes less important to Beijing than sovereignty over Taiwan and the South China Sea.

How many millions will the U.S be willing to sacrifice for the sovereignty of nations that most Americans cannot find on a map?

Russia and China suspect the U.S. and its allies are not willing to sacrifice themselves in a nuclear war. In fact, the U.S. is terrified even of its own nuclear weapons, which it has failed to modernize for 30 years, and regards their use as “unthinkable.”

Nonetheless, Washington’s current focus is on how to make a Russian invasion of Ukraine, and aggression by China against Taiwan, as costly as possible.

Our current policies will only strengthen the Sino-Russo Axis and make inevitable a World War III that the U.S. will lose.

Three decades ago, at the end of the last Cold War, wiser heads in Washington understood that U.S. policy should aim at normalizing relations with Russia, converting Moscow from an enemy into a strategic partner, welcoming Russia into the Western community of nations. U.S. policy was to avoid resurgence of a revanchist Russia and a New Cold War with the world’s greatest nuclear superpower.

Unfortunately, President Bill Clinton’s administration bungled outreach to Russia during the crucial years when Moscow was led by President Boris Yeltsin and his democratic reformers, this historic failure enabling the rise of dictator Vladimir Putin.

Unfortunately, President George W. Bush’s administration ignored those of us who warned that expansion of NATO toward Russia, to include former Warsaw Pact and Soviet states, would inevitably result in confrontation with Moscow and a New Cold War.

Is Moscow unreasonable and paranoid to fear expansion and eventual encirclement by NATO? If the U.S. had lost the Cold War to the USSR, if the Warsaw Pact expanded to include European NATO, Canada, Mexico, Oregon, California, and Texas, would Washington regard these developments with equanimity?

Moscow has warned everyone, officials high and low, that NATO expansion to include Ukraine would be a nuclear casus belli. Indeed, in 1998, when I was merely a staffer on the House Armed Services Committee (HASC) with the portfolio on NATO enlargement, the Russian Embassy warned even me that Ukraine joining NATO would cross Russia’s “nuclear red line.”

Hopefully, even when NATO began expanding into territory formerly controlled by the USSR, Vladimir Putin appeared open to reconciliation and alignment with the West, responding positively to proposals for a “U.S.-Russia Strategic Partnership” put forward independently by Rep. Curt Weldon, then Vice Chairman of the HASC.

Unfortunately, President George W. Bush and his administration showed no interest in Weldon’s program to avoid a New Cold War and the present Sino-Russo Axis. 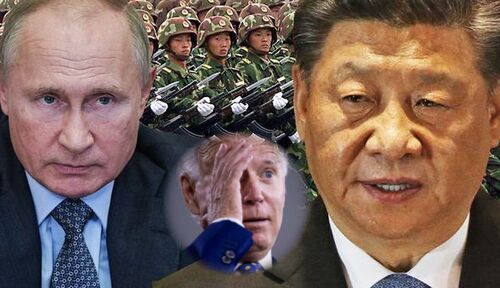 Now, on the verge of a possible invasion of Ukraine and NATO, Moscow has offered a “peace treaty” to avoid what could become a nuclear World War III. Russia’s demands include:

–No further expansion of NATO to include Ukraine or any other former territories of the USSR;

–No basing on East European NATO territory of missiles with short flight-times to Moscow;

–Suspension of major military exercises threatening to Russia and NATO in their border regions.